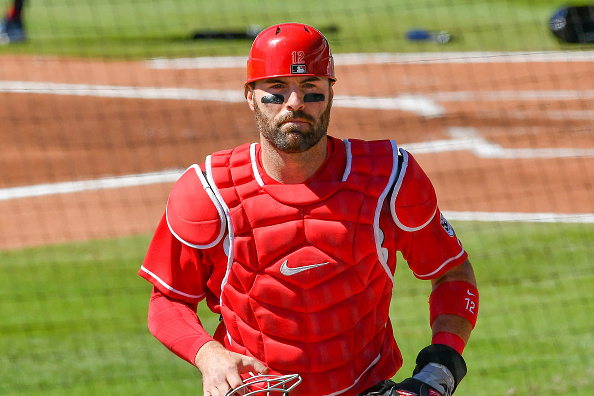 Even with Buster Posey coming back and Joey Bart now on the 40-man roster, the Giants went into this offseason hoping to add a veteran catcher to their mix. On Monday, they got their guy.

The Giants signed Bay Area native Curt Casali to a one-year deal that will pay the 32-year-old $1.5 million and immediately makes him the frontrunner to back up Posey. The Giants had previously said they would like Bart, one of their top two prospects, to get more reps in the minors, and Casali’s contract backs up that point of view. He will make an additional $500,000 if he’s on the opening day roster, and if he’s not, he has an additional $500,000 available in bonuses for days on the active roster.

Casali, born in Walnut Creek, has been in the big leagues since 2014, spending four seasons with the Rays and the last three with the Reds. He had a .366 on-base percentage and slugged .500 last season in 31 appearances, with six homers in 76 at-bats.

Casali has never been a full-time starter, but he has a good reputation for his defensive work and clubhouse presence, and he has a .728 OPS as a big leaguer. In his three seasons in Cincinnati, he had a .260/.345/.440 slash line. He ranked 17th last season in Baseball Savant’s pitch framing metric, four spots ahead of Chadwick Tromp, who led Giants catchers. Casali is former teammates with current Giants starters Kevin Gausman and Anthony DeSclafani, as well.

Casali joins Posey, Bart and Tromp on the 40-man roster, and given his experience he will enter the spring as the favorite to back up Posey. Tromp re-signed with the organization in December, but even after that move Farhan Zaidi said he wanted to add another catcher. While the Giants have Bart and Patrick Bailey in the system, they are short on catching depth at the upper levels of the minors.

To clear a roster spot, the Giants sold the contractual rights to Andrew Suarez to the LG Twins of the KBO.