High-end California clothier sued by Osprey over its backpacks 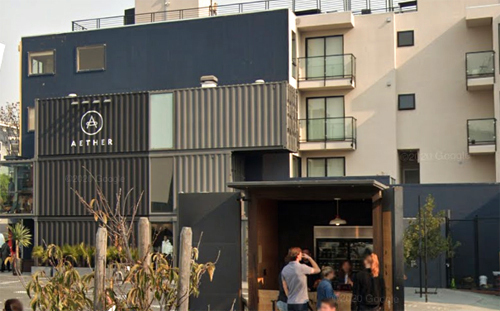 A California clothing company with an eye-catching San Francisco store is being sued by outdoor gear maker Osprey in a dispute over the name “Aether.”

The Los Angeles-based company, which took that name upon its founding in 2009, started out selling high-end jackets, sportswear and shoes. It caught the attention of Osprey, which has used Aether as a name for full-size technical backpacks for more than two decades.

The federal lawsuit filed Monday said the two companies agreed in 2019 that Aether would not sell backpacks, but that it has since introduced a bag it calls a backpack.

“Osprey has invested a substantial amount of time, money and effort to promote and advertise its backpacks under the Aether mark, and as a result, Osprey has built substantial goodwill and customer recognition in its Aether brand,” the complaint reads.

Aether (pronounced “EE-ther”) is not a registered trademark, the lawsuit says, but is in the process of being approved as such.

On its website, Aether sells a $145 backpack, as well as duffels. It is daypack-size and described as being “designed for (the) city,” with a computer pocket.

Aether opened its first retail outlet in 2013 in San Francisco, a Hayes Valley store made of shipping containers. It also has stores in Los Angeles, New York City and Aspen, Colo.

Osprey is based in Cortez, in southwest Colorado.

Osprey and Aether representatives did not immediately return a request for comment.