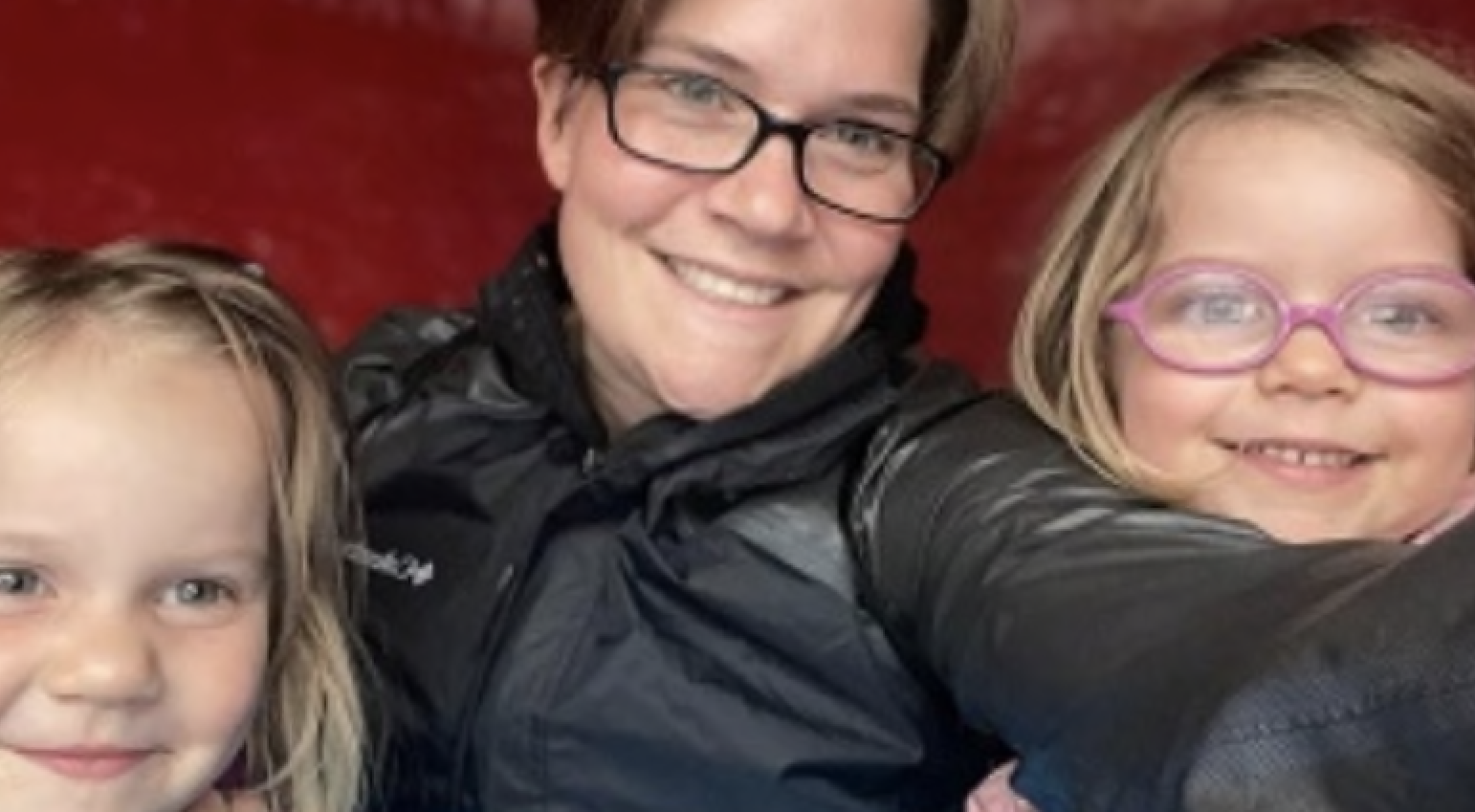 A toddler is alive today thanks to an off-duty RCMP officer’s chance encounter with a family in crisis on a highway in northern Vancouver Island.

Nanaimo RCMP Const. Denise Laforest had been driving along Highway 19 between Woss and Sayward on Vancouver Island with her two children, when she noted an oncoming car swinging hard onto the shoulder.

“As I was driving by I looked in my rear-view mirror and could see the driver running frantically to the back passenger side so I felt something was seriously wrong so I did a quick U-turn and pulled up behind them,” Laforest said.

When she got out of her car, the driver pulled a limp toddler out of the back seat.

“She was struggling to breathe and was turning blue,” Laforest said.

The toddler, 17 months of age, was choking on a hashbrown.

“She went more limp and I couldn’t find a pulse and no signs of real life anymore,” Laforest said. “So I went straight to CPR. I started doing chest compressions and I did mouth-to-mouth with her as well.”

In the meantime, calls to 911 weren’t going through due to spotty cell reception in the area.

“I said [to the toddler’s dad], okay, get in your vehicle and drive straight down the road. There’s a construction crew just up the road. They’ll have a phone or they’ll be able to help in some way,” she said.

Laforest kept up the chest compressions and after several minutes, the toddler began to make sounds. The debris was dislodged, and the toddler started crying — signalling her airway was unblocked.

A team from the construction site returned with the father and helped direct traffic away from the scene.

“I just felt so relieved. So relieved,” Laforest said. “I kept reassuring the family. The dad was joyous and happy and gave me a big hug and they thanked me for saving their little girl.”

The family ended up going to a first aid station in Woss to make sure their toddler was okay. Laforest followed.

“[She] was awake, alert, and she gave me a stink face like stranger danger. I was very relieved. That’s a really good sign,” she said.

Laforest says she doesn’t consider herself a hero.

“I feel really, really grateful like it was a blessing I was put in the exact right place at the exact right time with the training and just with the confidence to be able to use my training appropriately and stay calm throughout the whole situation.”

She also recommends that people take a basic first aid course, which is offered in most communities, or even online.