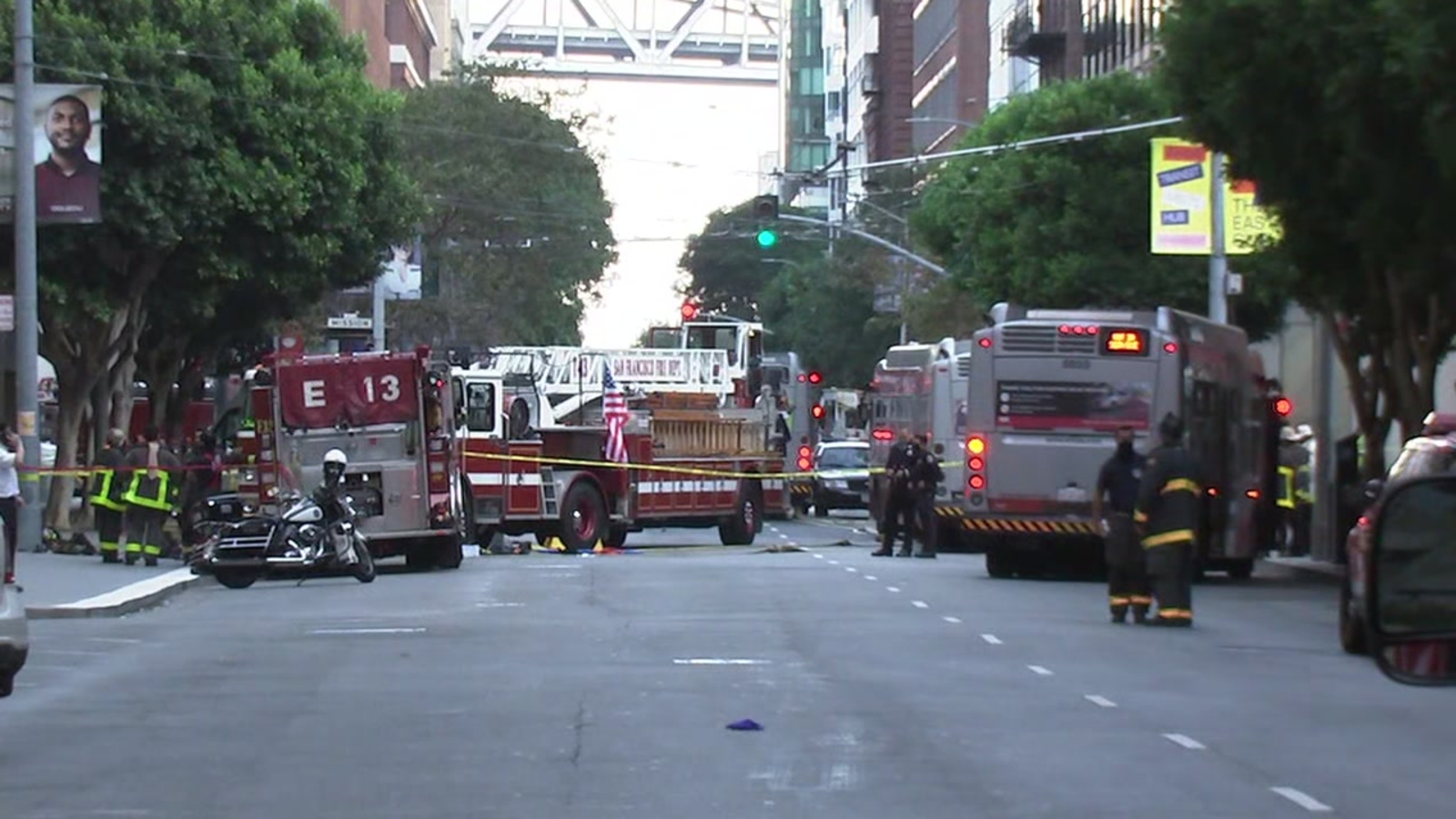 “As this incident was resolving, a Muni bus from SFMTA was driving through the incident operational area. During this same time period, a firefighter who was near a hose line was inadvertently struck by that hose line, dropped to the ground, hitting his head,” Baxter said.

Baxter said the firefighter Matthew Vann was unconscious and not breathing. He was transported to a Zuckerberg General Hospital and remained in critical condition Monday night.

Muni says there were no passengers on the bus and the operator has been driving for nearly 6 years. He will be tested for drugs and alcohol and put on non-driving status during the investigation.