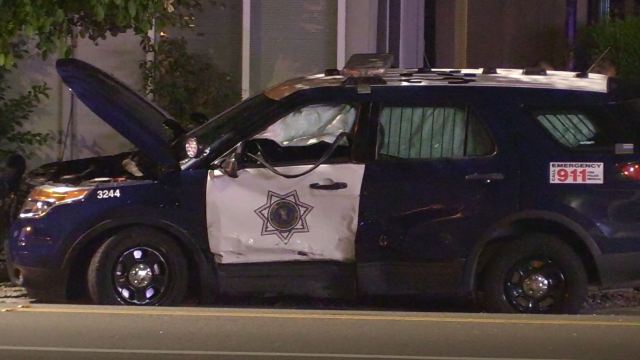 A San Jose police officer was injured early Monday after a car ran a stop sign and slammed into his patrol vehicle authorities said.

According to San Jose Police Officer Gary Thompson the collision took place around 1 a.m. at the intersection of 3rd St. and E. Taylor St. in downtown San Jose.

“There are independent witnesses and video that shows that the other vehicle ran a stop sign and hit the police car,” he said.

The unidentified officer and the driver of the other vehicle both suffered injuries and were transported to the hospital for treatment. Their conditions were not released as of early Monday morning.

Video of the scene showed that the black Honda sedan and police SUV both suffered major damage in the crash.

It was not known if drugs or alcohol played a role in the crash which remained under investigation.