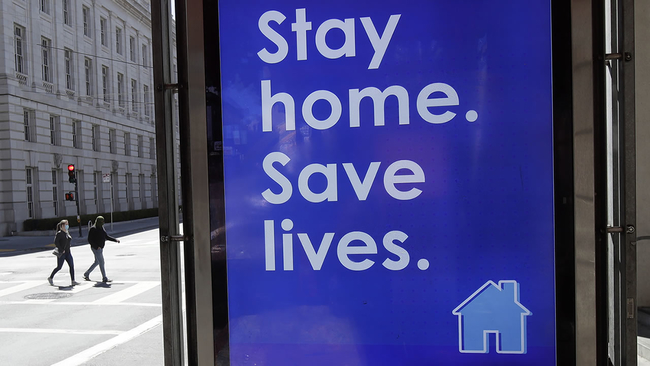 As the months go on, the number of COVID-19 cases continue to rise in the Bay Area. Santa Clara County has now passed 20,000 cases.

Duong says Santa Clara County may have reached a milestone, but adds that those numbers need more context, such as, “the size of our county, the way the numbers have gone up and gone down, the way our numbers are trending.”

Overall, Doung said the number of cases is trending downward. Santa Clara County currently has a seven-day rolling average of 120 cases, which is a big drop from peaks seen over the summer.

Officials at some hospitals in Santa Clara County say they are also seeing a decrease in the number of hospitalizations.

“That means we are able to respond faster, we are able to limit the spread much quicker and thereby limiting those who may test positive in the future,” she said.

Cleve Jones is an author and human rights activists, who co-founded the San Francisco AIDS Foundation and the founder of the NAMES Project AIDS Memorial Quilt.
As the United States nears another grim milestone of 200,000 deaths due to COVID-19, he reflects on parallels between the two pandemics.

“Certainly the most obvious and glaring parallel is that both pandemics emerged with a president in the White House, who completely failed to perceive the gravity of the situation,” said Jones, who lives in San Francisco.

“Just as in HIV/AIDS, we are seeing the same disparities in inequality playing out. Much higher death toll within African-American communities, within Latino communities,” he said.

He doesn’t just fault the Trump administration, but state and local government as well. And he adds that individuals need to do their part.

Duong said individuals being vigilant has helped with the downward trend in Santa Clara County.

“It comes down to the individual doing their part. Just as equally important as the system and county and our private health providers doing our parts. Everybody must do their part,” says Duong.