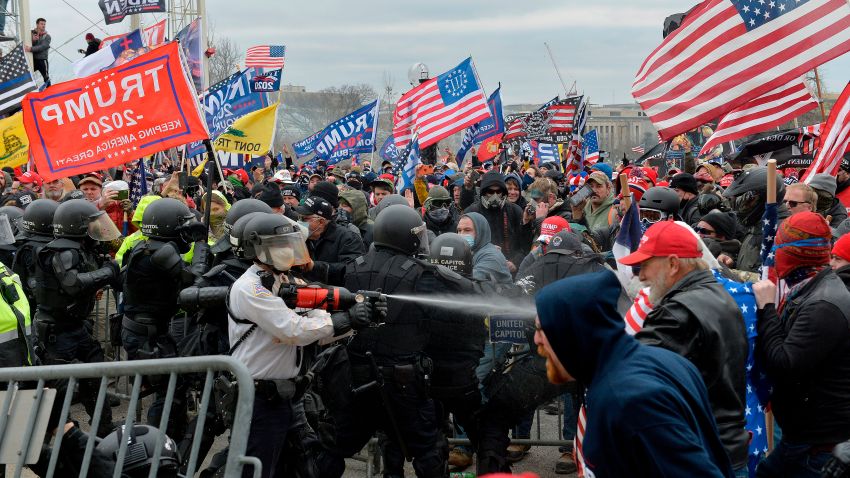 The Santa Clara County Sheriff’s Office on Tuesday said it is assembling a special task force to “investigate any right-wing terrorists or terrorist groups that have any intention of harming public officials, destroying government facilities or putting our community at-risk.”

The task force is a response to the storming of the U.S. Capitol by many of President Donald Trump’s supporters last Wednesday. Trump had given a speech earlier in the day, falsely claiming he won the November election and calling for his supporters to march to the Capitol as Congress was confirming the Electoral College vote that certified former Vice President Joe Biden as the winner.

The task force of sheriff’s deputies, detectives and other law enforcement personnel will be charged with investigating any information it gathers with the intent of keeping the county safe, officials said.

The task force also will be working with the FBI and the Northern California Regional Intelligence Center regarding information that may require a collaborative investigation. Information can also be forwarded directly to federal agencies by emailing www.fbi.gov/tips or contacting the sheriff’s office at SHF.SOWebsite@shf.sccgov.org.