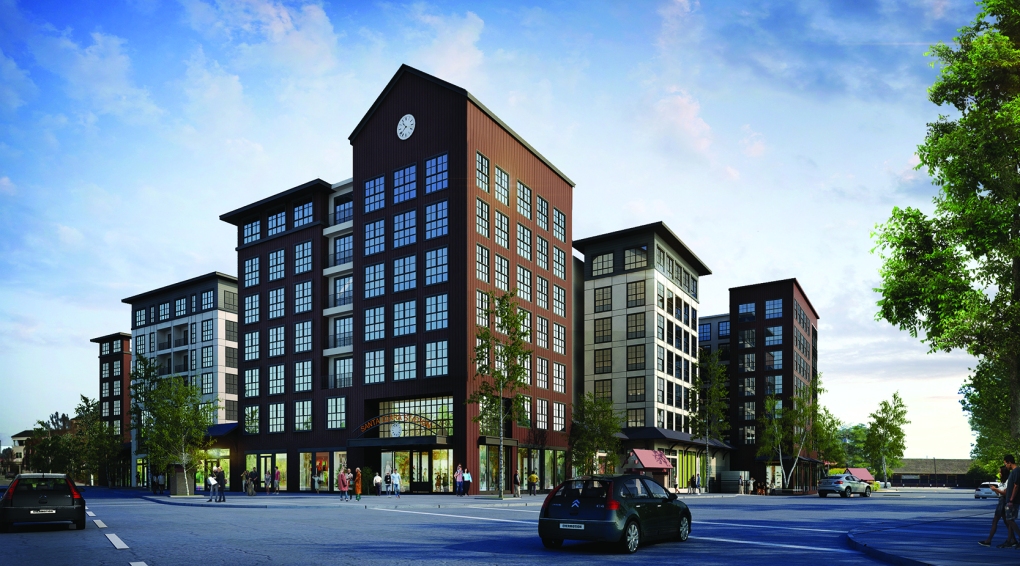 A San Francisco developer filed a lawsuit against Santa Clara today, accusing the city of violating state housing law and breaching their contract by killing the company’s affordable and workforce housing project behind closed doors.

Developer Republic Metropolitan was proposing to build 170-units of student and workforce housing and 70 affordable homes on a parcel owned by the city and the Santa Clara Valley Transportation Authority at 500 South Benton St.

The 2.6 acre-lot is currently a parking lot between the CalTrain station and Santa Clara University. In addition to the 240-units of housing, the developer was also planning to build 12,000 square feet of retail and 32,670 square feet of recreational space on the site.

But in the 161-page lawsuit, which was filed in Santa Clara County Superior Court, the developer says the city “unjustifiably blocked” the project after two years of work.

Republic Metropolitan entered into an exclusive negotiating agreement with the city in 2018 over the Benton Street property, but in October 2020, the Santa Clara City Council met in closed session and voted to terminate the project for reasons the developer said the city never disclosed. The council had voted two months earlier to extend the negotiating agreement.

Now, Republic Metropolitan wants a judge to order the city to resume negotiations and pay damages — the developer estimates it’s incurred more than $5 million in expenses over the project.

“The city’s abandoning of this project was senseless and wrong — and bad forthe city’s residents and the university,” Joe Cotchett, one of the developer’s attorneys said in a news release announcing the lawsuit. “The time has come to put a stop to local politics standing in the way of building affordable housing that California so desperately needs.”

Aside from allegations that the city breached its agreement with Republic Metropolitan, the developer also alleges Santa Clara violated the Housing Accountability Act by not approving the project amid a statewide housing crisis. The act, which was passed in 1982 and has been strengthened in recent years, limits the reasons cities can use in striking down housing proposals.

In addition to the lawsuit, the developer has also asked the California Department of Housing and Community Development (HCD) and the state Attorney General’s Office to investigate the matter.

Last year, Attorney General Rob Bonta announced that his office was forming a housing strike force to hold cities accountable for not following state housing law. HCD already uses the Housing Accountability Act as a tool in its enforcement.

Todd David, the executive director of the Housing Action Coalition, told this news organization that the nonprofit supports the project because of the high percentage of affordable units. He worries that when cities deny housing close to transit — in this case, the nearby CalTrain station — it leads to further sprawl.

“It pushes people further and further out from transit centers and job centers and it creates super commutes,” he said. “We have to be thinking about environmentalism and housing.”