Santa Clara Unified Navigates Through Back To School Challenges 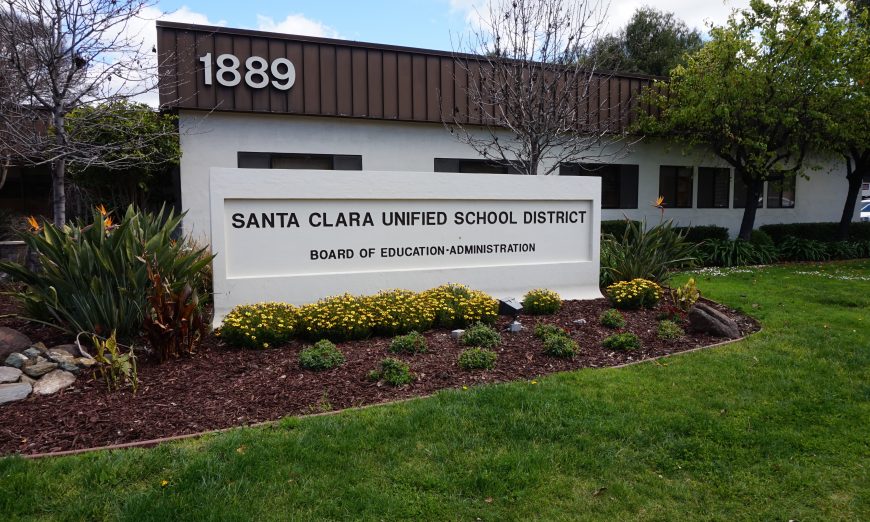 At the Santa Clara Unified School District Board of Trustees meeting on Thursday, Aug. 27, District staff shared some updates as well as challenges they are facing after being in session for less than two weeks. One issue is that a recent software update has made connecting to Google Meet an issue for students who are using older District issued Chromebooks. The District had ordered 4,000 newer models but due to manufacturing and shipping delays, they only have about half. They are working with families and troubleshooting to fix and find solutions until the rest of the new Chromebooks come in.

Since the start of the school year, Eric Dill, Chief Business Official, said that the District, as well as surrounding Districts, has experienced a slowdown in meal pick-ups. They are contacting families on the free and reduced lunch program to see why they are no longer picking up the free meals and see what they can do to better accommodate them.

After Monday, Aug. 31, they will be changing meal pickup day from Mondays to Fridays. This would align better with instructional materials pickup days at most schools and hopefully makes it more convenient for families. Also, they are considering adding more schools and offering an afterschool pickup time in addition to the morning and lunch times.

Also, the safety plan is still in the works and will most likely come to the Board’s second meeting in September. They are looking at a Nov. 6 potential in-person reopening date so the plan would be ready for that. However, reopening depends on if Santa Clara County is off the State Monitoring List. Superintendent Dr. Stella Kemp has said that they will not reopen until the County is off the Monitoring List.

Assistant Superintendent Kathie Kanavel gave a report on the District’s Summer Programs. She said they had a successful summer even though all the programs were taught virtually. Among their goals was to help address learning loss, credit recovery and student engagement.

“These are incredible numbers,” said Kanavel. “A total of 2,761 students participated in our Summer programs. Also, 253 staff supported those students. And at our high school level more than 8,000 credits were earned.”

The number of high school credits was in part thanks to a program at Mission Early College High School which allowed students to earn college credits as well.

Kanavel also described new programs for the 2020-21 School Year including Elevate Math and Elevate CSI, which is for computer science.

When the Board passed the Consent Calendar with a 6-1 vote (Board Clerk Mark Richardson voted no) they approved an item called Facility Lease Amendments/Extensions. Among the leases that were extended was for the 4-H ranch at 1889 Lawrence Rd. The term of the lease is one year and the rental fee, as it has been, is $1 per year. A couple members of the public spoke to thank the Board and describe the benefits of the ranch.

The Board unanimously approved Resolution No. 20-22, which declared the intent to grant a water utility easement to the City of Santa Clara at 2550 Cabrillo Ave.

They also unanimously approved a 2020 – 2022 Memorandum of Understanding between the District and the Silicon Valley Education Foundation (SVEF) 49ers STEM Leadership Institute.

The Santa Clara Unified Board of Trustees meets next on Thursday, Sept. 10 at 6:30 p.m.