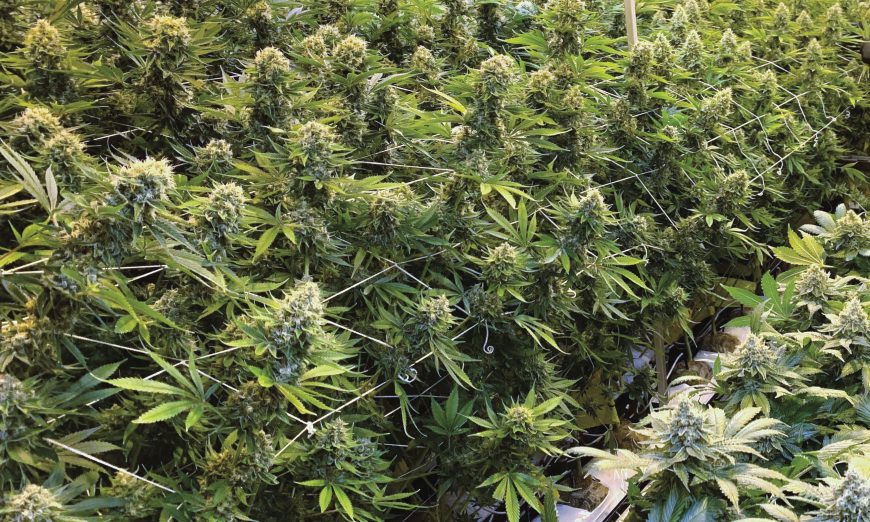 Amid the COVID-19 pandemic, cities across the state are feeling the financial crunch, leaving government employees seeking increasingly clever ways to generate revenue and trim fat from their budgets. Santa Clara is no different. A key difference is that, despite the City’s projected $22.7 million deficit, the Council has not indicated it intends to lift its moratorium on commercial marijuana.

Although California voters gave the go-ahead to allow for commercial marijuana across the state nearly four years ago, cities are still free to regulate the myriad aspects of commercial sale. That means where, when and how businesses selling recreational marijuana can operate as well as which taxes and fees are associated with operation.

Santa Clarans also approved Measure M in 2018. That measure asked voters to weigh in on whether a business tax should be put in place for marijuana sales. According to the ballot question, the tax was slated to generate $2.2 million a year. Measure M passed with 76.68 percent of the vote.

After multiple meetings, reports from the City Manager’s office and temporary bans, the Council opted to prohibit the sale of recreational marijuana by enshrining it in City code in May.

Ruth Shikada, Assistant City Manager, said the amount of work on the part of City employees to get the program going is not feasible. Doing so would require amendments to three areas of City law: land use, rules of operation for commercial marijuana stores and business licensing.

Although Shikada acknowledged the City has done minimal community outreach on the topic, she said community members are concerned about having marijuana stores in Santa Clara.

“For those people that live near a business like that, with cars all around it, can be a kind of a nuisance,” she said, later adding: “People voting to allow it in the state doesn’t mean you want it in your city.”

Estimates from SBI Consulting, a firm hired by the City to advise them on expected revenue, show that Santa Clara could expect to see between $10 and $20 per capita revenue per year from commercial marijuana sales, or between $1.16 million and $2.32 million.

According to its mid-year budget review, San Jose anticipates raking in between $16.5 million and $17.5 million from commercial marijuana sales this year, $3 million to $4 million more than anticipated.

Those in charge of San Jose’s commercial marijuana program declined to be interviewed for this story.

Although Santa Clara doesn’t allow for sale of recreational marijuana in the City, residents can still have it delivered to their home.

Steve Allen, President of San Jose-based dispensary Caliva, said between 8 and 12 percent of his company’s delivery business is in Santa Clara. In the wake of COVID-19, the company has pivoted to allow more access since many customers are unwilling to come into the store to shop. The biggest problems with recreational marijuana sales are access and awareness, not whether they are lucrative, he said.

“The consumer develops behavior based on constraints. The consumers have adapted,” Allen said. “If two-thirds of cities don’t have programs in place, that is how you keep the black market alive and well.”

But Shikada said it isn’t something Santa Clarans definitely want, despite its economic boon, and that one of the biggest challenges would be getting the program started, because of how stretched thin City employees already are.

“When you have that kind of activity in your city, it brings other things. A cash operation becomes more attractive to people that are interested in getting that cash,” Shikada said, later adding: “Santa Clara has always prided itself on the amount of services provided to its residents. The employees we have have a lot on their plate.”

Hirsh Jain, Caliva’s Director of Government Affairs, said despite Santa Clara’s banning of commercial marijuana, state regulations are likely to become more relaxed, bolstering revenue. Concerns about an increase in illicit marijuana sales are unfounded, he said, adding that customers do not mind paying a bit extra to ensure a product is legal and safe.

“The citizens have clearly supported this,” Jain said. “It is a great avenue of tax revenue … cities that do not want to allow it are basically playing a game of whack-a-mole. The best way to alleviate a black market is to legalize it.”

Several City Council policies illustrate that Santa Clara does indeed provide many services to its residents, even at a subsidy, if the Council believes those services enhance Santa Clarans quality of life. Take for instance departments such as parks and recreation, which see very low cost recovery, requiring a hefty subsidy.

The Council has previously said despite the $22.4 million in subsidies the City was paying to keep departments with low cost recovery afloat, it has no intention of upping the cost recovery of the parks department because of its community benefit.

Still, the question as to why the Council deems a parks and recreation subsidy appropriate but the cost of establishing a commercial marijuana program prohibitive still lingers.

Shikada said there has not been a “groundswell” of support for establishing the program, and since the Council has banned it, City employees have no plan to revisit it as a revenue stream. If the Council should change its mind about the program, the City Manager’s office could put a program in place, although it would take “a lot of effort.”

If the residents of Santa Clara wanted commercial marijuana in the City, Shikada said she believes the Council would revisit the idea.