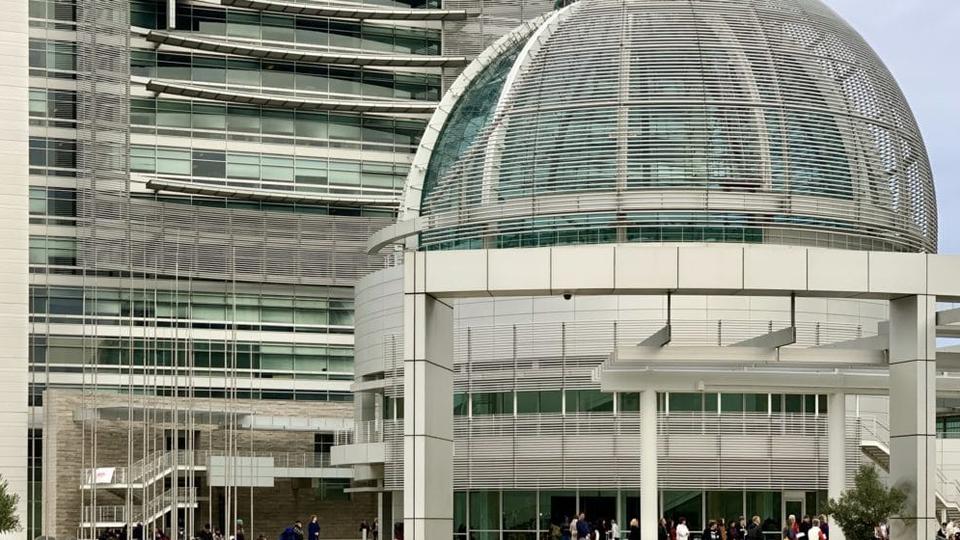 After a month-long debate over a proposed ‘strong mayor’ measure and outrage over lack of community involvement in the decision, San Jose leaders unanimously approved putting decisions about the city’s future into the hands of community members.

The Charter Revision Commission, created Tuesday, will consist of residents appointed by Mayor Sam Liccardo and the City Council. The committee will help decide whether or not San Jose should adopt a strong mayor system, whether mayoral elections should be aligned with presidential elections and campaign finance reforms, including prohibiting contributions from lobbyists and requiring lawmakers to recuse themselves from votes involving organizations that have donated $250 or more to their campaigns.

The unanimous vote to create the commission comes in sharp contrast to the heated dialogue that took place earlier this month when councilmembers — including Liccardo — voted 6-5  in favor of putting a strong mayor measure on the November 2020 ballot.

But Liccardo submitted a last-minute memo Monday, announcing that he was backing down from the initiative. His term will no longer be extended.

“I get it. Individuals fall on both sides of this argument, but pulling back, slowing it down and allowing individuals to understand the pros and the cons I think is essential in making the right decision and allowing the voters to understand the arguments of the initiative,” said Councilmember Magdalena Carrasco, who voted against the proposal to extend the mayor’s term.

The compromise was a win for some, but other opponents of the mayor’s original initiative, remain unsettled.

“I’m actually disgusted with the fact that even a proposal would be considered to circumvent the democratic process at a time when we have the most COVID deaths on the east side of the city that you are the mayor of,” said Anthony Soto, directing his comments at Liccardo during public comment.

The Charter Revision Commission would have until March 2022 to research what systems would be best for the city and make recommendations for a 2022 ballot measure. Even then, a strong mayor initiative will not be without controversy.

Polls suggest that the public has conflicting feelings about strong mayors. In one poll, obtained by San José Spotlight, EMC Research and found that more than half of respondents were uninterested in changing the city government structure. But in an earlier poll, commissioned by the Silicon Valley Organization (SVO) and conducted by FM3 Research, 68 percent of participants liked the idea of a strong mayor.

Liccardo currently terms out in 2022, but moving mayoral elections to presidential years means the city must decide how to fill the mayor’s seat until the next election in 2024 or 2028.

The council struck down a proposal to line up the elections back in 2019. Liccardo, Vice Mayor Chappie Jones, Councilmembers Lan Diep, Pam Foley, Johnny Khamis and Dev Davis voted against the measure, for fear that presidential elections would overshadow local campaigns. Advocates say aligning these elections would increase voter turnout and engagement in city government, especially among communities of color.

If the commission opts to align the elections, the new mayor will have to either serve a two-year or six-year term.

“I believe a two year term would be a mistake,” Liccardo said during the meeting. “I would not want to put anyone in the position where they’re running for mayor, they won election and they’re running again for mayor literally months after the election … it’s just bad for governance.”

The City Council Tuesday debated extending Liccardo’s term, but some councilmembers said voters should decide who will be the city’s next political leader.

“We want democracy. I believe in elections. I think the voters in San Jose want the elections, and they want to say how our cities run,” Councilmember Maya Esparza said.

Liccardo did not say whether he wanted another two-year term. Peralez is running to replace the mayor.

“One of the downsides of this and one of the things I struggled with was the impact this would have on on my colleague, Councilmember Peralez. I know that he wants to run for office in 2022. And I support his effort,” Jones said. “I do not believe that having to extend Sam’s term by two years is going to adversely impact Raul’s ability to run for mayor in 2024. So taking all those things into consideration, I’ve landed on extending Sam’s term for two years.”

A 2022 measure — still open to commission feedback — would bar City Council candidates from accepting gifts and campaign contributions from lobbyists and accepting gifts from city contractors. Sitting councilmembers will have to recuse themselves from voting on an item if they’ve accepted a gift of over $250 from organizations that would somehow benefit from the vote.

“We want to make sure that those who are elected to office and those who make decisions do so with integrity and with a moral compass. And so we never want our elected officials to have in their DNA any slight semblance of corruption, or that they seem to have been bought off by a developer or anybody else,” Carrasco said.

While campaign finance reform, measures to move the mayoral election and increase the mayor’s powers won’t go to voters this November, the council Tuesday advanced two other measures.

The city attorney will draft language for a measure that would expand the San Jose Planning Commission from seven members to 11 in an effort to increase representation and diversity and extending the time frame for the city’s redistricting process due to a delay with the 2020 Census.