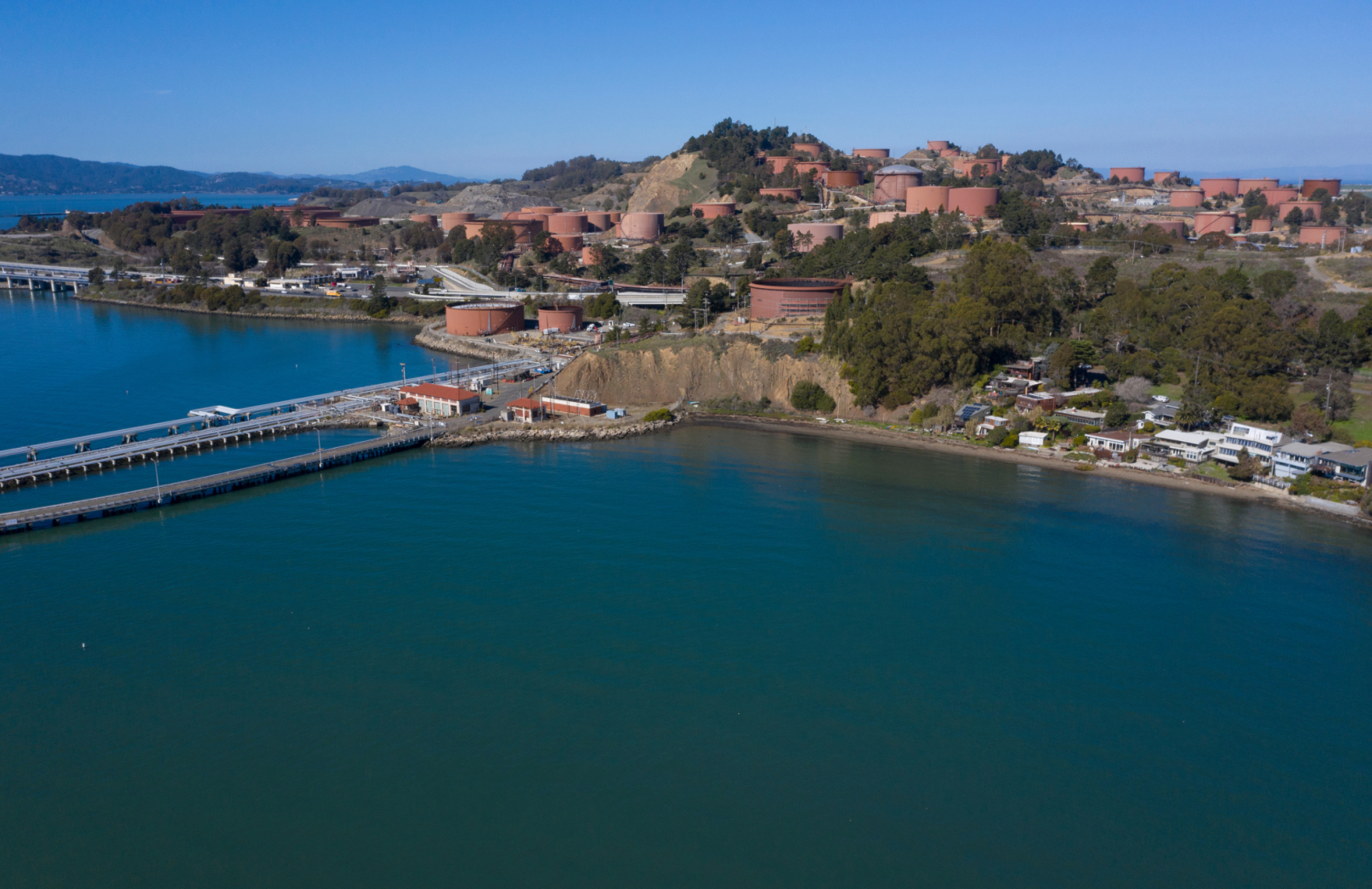 Air quality regulators voted Wednesday to require local refineries to significantly reduce air pollutants created in the production of gasoline, a move they acknowledged will cost money but defended because it’ll make breathing safer for nearby residents.

The Bay Area Air Quality Management District’s board voted 19-3 to force the Chevron Richmond Refinery and the PBF Energy refinery in Martinez to install special scrubbers that clean pollutants from crude oil being refined into fuels.

The decision was a big victory for environmental groups and public health advocates who say it’ll save lives. Data presented by district staff at a meeting last month indicated 11 people die prematurely each year from particulate matter emitted by the Chevron refinery and six from PBF Energy’s plant.

Union workers from both refineries urged the board against taking that action, saying they could be laid off to offset the costs of installing the new technology.

The oil companies have said the scubbers would cost so much that they would have to lay off many employees, or worse. PBF Energy’s Western region president, for example, said in a recent letter that the cost of installing the scrubbers would force the Martinez refinery to shut down. He estimated the cost at $800 million, although district staff said it’s more like about $255 million.

The staff estimated that Chevron would have to cut  62 positions and PBF 128 if they chose to go that route to pay for the new technology.

But many of the board’s directors pledged to help “transition” any laid-off workers into new jobs and careers, and they criticized Chevron and PBF for potentially making their workers bear the costs of improving local air quality.

“There is no way that we should have the employees of the companies we regulate be leveraged by the employers,” said Cindy Chavez, a Santa Clara County supervisor and the air quality board’s chair.

Under the district’s new regulation, refineries will need to install “wet gas scrubbers” — devices that spray pollutants out of gas streams. Without the scrubbers, those pollutants are emitted into the air by “fluid catalytic cracking units” — machines that are crucial in the process of converting crude oil to gas and diesel fuels.

Some board members worried that the new rules could bring new lawsuits.

Director Mark Ross, a Martinez councilman, argued the board would be better off seeking a middle ground with the refineries instead of diving into years of court challenges.

“To say, ‘We’re hoping we pass this, we hope it sticks, we hope the courts adjudicate it somehow’ — that to me doesn’t feel like the right way,” said Ross, who voted against the requirement.

But other directors, including Contra Costa Supervisor John Gioia, said threats from oil companies are nothing new. Every decision by the air quality board over the years has resulted in lawsuits, and it has prevailed every time, he said.

“These are predominantly Black and Latinx residents who live in these communities,” Gioia said of the refineries’ neighbors. “We have a responsibility to those who live in the shadows of industry to improve their air quality and health.”

UCSF researchers have found that Black and Latino communities in the Bay Area have higher levels of asthma than the general population, and Richmond’s asthma rate is double the state average.

The district’s decision will affect only the refineries in Richmond and Martinez because Benicia’s Valero refinery already has wet gas scrubbers installed. The Marathon refinery in Martinez, meanwhile is idle with no plans to restart refining operations, according to the district’s staff report.

At Wednesday’s meeting, union workers turned up in high numbers to say the new regulations would greatly harm local labor.

“We build the highways and bridges, and we maintain the refineries,” said Chris Snyder of Operating Engineers Local 3. “In the meantime, we don’t need these refineries to shut down. These are some of the best-paying jobs in the Bay Area.”

But environmentalists, doctors and residents of Richmond and Martinez maintained that air pollution is slowly killing them and urged the board to approve the most stringent control possible.

Tarnel Abbott, an activist and former librarian at the Richmond Public Library, said it’s “frightening” to live in a heavily polluted city like Richmond, but “we love where we live, and we don’t think we should have to sacrifice our health so the refinery can run a cheaper operation.

“It’s very disappointing to hear my union brothers and sisters in the trades be forced to beg for their jobs,” Abbott said. “I think it is a real shame. And I think it is a sham.”