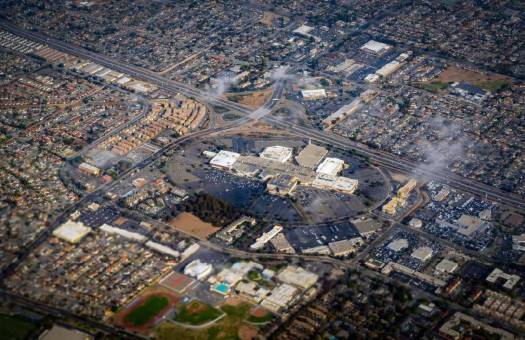 A new Costco Wholesale warehouse and a 319-unit apartment complex will be built on the NewPark Mall property as part of a developer’s attempt to significantly revamp the aging mall, and convert it into a more modern housing, shopping, and entertainment destination.

The Newark City Council on Thursday unanimously approved the plans put forth by mall owner and developer Brookfield Properties.

The apartment building, Costco, and a remodel of the existing vacant building that formerly housed Sears to include retail, restaurant and coworking spaces, are all part of the first of five planned phases in Brookfield’s vision for the mall’s redevelopment.

In all, Brookfield plans to build about 1,500 housing units, along with additional new ground floor retail spaces around the western edges of the current mall parking lot property over the better part of the next decade, and add wide, landscaped plazas for dining and entertainment, and flexible spaces for things such as farmers markets.

Councilmembers supported the first phase of plans, largely citing a longstanding need to boost the number of people coming to the mall, which used to be a major economic engine for the city after it opened in 1980, but has been sluggish for many years, with falling occupancy and visitorship, even after more recent facelift efforts by a previous owner.

The city has for several years worked on new master plans and specific plans for the mall property and the areas immediately surrounding it, priming the pump for this kind of redevelopment, as well as other residential developments and hotels that have already gone up nearby.

Mayor Al Nagy called the Brookfield’s plans for the mall “an amazing transformation,” andnoted his appreciation for city administration employees past and present who’ve worked to make the redevelopment happen.

“I kind of look at it like we’re driving for a touchdown and we’re on the 5-yard line,” Nagy said at the meeting Thursday night.

“The 49ers can relate to this in one of their failed Super Bowl appearances, that last 5 yards was never attained. The potential tonight is to attain the five yards,” he said.

Councilmember Michael Hannon said he was happy the project would include 29 below-market rate apartments in the building, instead of the developer paying “in-lieu” affordable housing fees to the city.

In Alameda County, for example, a moderate-income apartment would be priced for families earning between $109,600 and roughly $140,000 annually, according to county income limit data.

Four apartments would be priced as affordable to people earning very low-incomes, about 50% of the area median income or less, according to city reports.

The Costco would be about 162,000 square-feet, and would include a separate 32-pump gas station as well.

It is planned to be built on a roughly 11-acre portion of the NewPark Mall site to help take pressure off of a busy Fremont location just three miles away, as well as one at the southern end of Hayward, according to representatives of the company.

About 84,000 square feet of retail area inside the current mall will also be demolished to accommodate the Costco, city reports said.

Officials said the Costco could serve as a new anchor store to draw people into the mall area.

“We don’t normally get that kind of support on projects, but that was good to see,” he said.

However, a review by this news organization of the roughly 80 emails included in the City Council agenda packet showed that many were attributed to people who appear to work for the developer, Brookfield Properties.

Almost every email in the packet was written in similar fashion to the others, many of them using the same language verbatim.

Councilmember Maria “Sucy” Collazo also mentioned the positive emails in her comments at the meeting.

“Other projects, we’ve received emails, but it’s always been against the project,” Collazo said.

But for the Brookfield project, she said, “they’re all wonderful emails stating that they are looking forward to our mall becoming this grand place to spend time and eat and shop and enjoy life…I’m excited.”