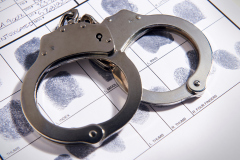 An Encino man was arrested Thursday for attempting to bilk the federal Paycheck Protection Program, created last year to prop up business struggling during the coronavirus pandemic, out of about $27 million in loans to a handful of fake companies he created, prosecutors say.

Robert Benlevi, 52, was accused of fabricating the details of eight businesses he registered in California over several weeks in Summer 2020, saying each company employed 100 people and averaged $400,000 a month in payroll.

In an indictment unsealed Thursday, a grand jury said he then used those companies to apply for 27 different PPP loans, each totaling $1 million. He received three of those loans for $3 million total from one bank.

“Benlevi falsely represented that the funds sought through the PPP loan applications would be used to pay payroll, health benefits, utilities and other business expenses of (his companies,” the grand jury wrote, “when, in fact, defendant Benlevi knew that the entities did not have any of these business expenses.”

Instead, the grand jury said, Benlevi wired the $3 million to different bank accounts that he controlled, in some casing using the money to pay off credit card debt and other personal expenses.

Prosecutors said in order to conceal his scheme, Benlevi faked tax documents for each of the companies showing payroll expenses for 2019.

Each of the fraud and making false statements charges carry maximum penalties of 30 years in federal prison. The money laundering charges carry 10 years.

Benlevi’s case is just one of numerous apparent fraud schemes targeting PPP loans that federal prosecutors have investigated since the program was created in March 2020.

At the time, the U.S. Congress agreed to fund $349 billion in forgivable, Small Business Administration-backed loans in an effort to prevent hundreds of thousands of Americans from losing their businesses as the economy cratered amid a wave of COVID-19-related lockdowns.

A month later in April 2020, lawmakers unlocked an additional $300 billion after large corporations with close ties to big banks scooped up much of the cash first.

As of June, the U.S. Department of Justice had prosecuted at least 100 defendants in 70 different cases of alleged fraud involving PPP loans around the country.

Cases include a NASA senior executive from Virginia who made up a fake business in the name of his mother-in-law, who was suffering from dementia, according to The Washington Post.

Another case involved a man who, while awaiting trial for filing fraudulent PPP loans, filed another one, according to The New York Times.

Benlevi’s alleged scheme could be one of the largest by dollar amount so far. Another indictment unsealed Thursday in Atlanta included 22 defendants who allegedly fraudulently obtained $11.1 million in PPP funds.

As of 4 p.m. Thursday, Benlevi had not yet been arraigned. And it wasn’t clear if he had an attorney yet.