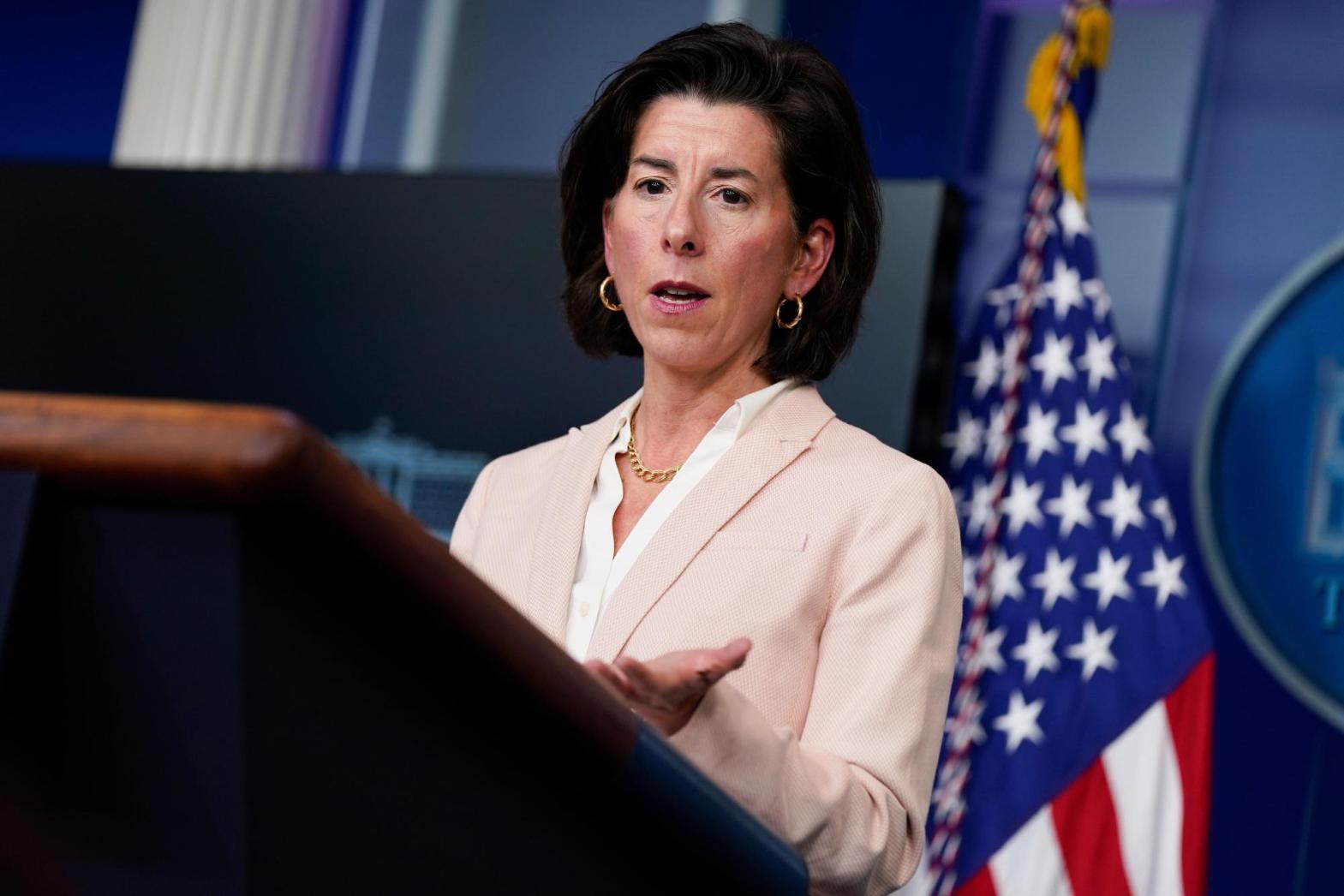 For more than a half-century, the voice emerging from the U.S. Chamber of Commerce’s monolithic, Beaux Arts-styled building near the White House was predictable: It was the embodiment of American business and, more specifically, a shared set of interests with the Republican Party.

The party’s bond with corporate America, however, is fraying.

Fissures have burst open over the GOP’s embrace of conspiracy theories and rejection of mainstream climate science, as well as its dismissal of the 2020 election outcome. The most recent flashpoint was in Georgia, where a new Republican-backed law restricting voting rights drew harsh criticism from Delta Air Lines and Coca-Cola, whose headquarters are in the state, and resulted in Major League Baseball pulling the 2021 All-Star Game from Atlanta.

Republicans were furious. Senate Minority Leader Mitch McConnell of Kentucky warned that their actions were “quite stupid,” alienating “a lot of Republican fans.” GOP strategists argued that they no longer needed corporate America’s money to win elections as they try to rebrand as a party of blue-collar workers.

That extends an opportunity to President Joe Biden and congressional Democrats to find an ally in an unlikely place when the party has unified control of the federal government for the first time in a decade. Biden is pushing an ambitious $2.3 trillion infrastructure package that includes corporate tax increases — which the White House is characterizing to CEOs as upfront investments that will ultimately make companies more profitable.

“It’s important for making the country more competitive,” said Cedric Richmond, the White House’s director of public engagement. “We think the plan is so important to the country that we are advocating and singing its praises to all businesses.”

Commerce Secretary Gina Raimondo estimates she has talked to more than 50 business leaders about the plan, including a round of Easter weekend phone calls. She is encouraging companies to focus on the entire package instead of the tax increases.

“You can’t look at one piece of it and say that one number makes you walk away,” she said. “They say, ‘That’s fair. Let me think about it.’ That’s how they run their businesses.”

Whether the corporate split with the GOP widens could help answer questions about the political direction of the country and the extent to which business can continue to influence Washington.

“Nobody in the business community wants hostile communities, angry finger-pointing workforces and turbulent shareholder bases,” said Jeffrey A. Sonnenfeld, a senior associate dean at the Yale School of Management. “It makes your job so much harder to have every constituency group at war within themselves, which has become the hallmark of the GOP.”

Sonnenfeld helped organize a Zoom call this weekend with 100 business leaders to discuss how to oppose Republican-backed proposals across the country that could limit voting. Options include stopping political donations and holding off in investments in states that approve the laws.

Corporate America’s marriage with Republicans has long been one of convenience, united by a belief in low taxes and the need to repeal regulations. But the relationship, already strained during Donald Trump’s presidency, has come under increasing pressure as companies take cultural stands.

That Republicans and businesses report to increasingly distinct constituencies helps explain the tension.

A solid majority of Republican voters are white (86%) and older than 50 (62%), according to APVoteCast, a national survey of the 2020 electorate. Yet figures from the Bureau of Labor Statistics show that workers are more racially diverse and younger than the Republican base.

James Bailey, a management professor at George Washington University, published an analysis last year that suggested people who identified as Democrats cared more about a company’s political activity than Republicans do. Of business people, he said the uproar over the Georgia voting law “is a great opportunity for them to get on board with the young socially active consumer and to do so without much cost.”

Just as important, Democratic counties have become the primary engines for growth. The counties that backed Biden last year account for 71% of all U.S. economic activity, according to the Brookings Institution.

Democrats say businesses are comfortable partnering with them to address longstanding issues such as infrastructure after a decade of congressional gridlock, even though companies dislike the possibility of footing the bill.

Many Republicans are exasperated by businesses’ efforts to woo consumers through liberal social politics.

“They are never going to satisfy the demands of the left,” said Steven Law, a former attorney for the Chamber who now runs Senate Leadership Fund, a big-spending outside group aligned with McConnell. Meantime “they risk alienating their natural allies in the Republican Party.”

Still, Republicans have been a major driver of the rift, looking to capitalize on the culture clash to turn out the party base in the next election. Early indicators suggest business could face blowback.

Georgia’s Republican-controlled House voted to strip Delta of a tax break worth tens of millions of dollars annually for its criticism of the new restrictive law, which voting rights groups have excoriated as an attack on democracy. The intended punishment was rendered moot after the GOP Senate failed to take it up before the legislative session adjourned.

Campaign finance disclosures suggest corporate America’s money doesn’t buy as much influence as it once did.

Roughly a decade ago, donations from company-sponsored political action committees accounted for an important share of the fundraising pie. But it’s stagnated as a source of campaign cash, as court rulings enabled wealthy GOP activists to pour money into the political system.

Just 10 GOP megadonors account for half of the giving to major super political action committees controlled by Republican congressional leaders since 2012, collectively pouring $541 million into the committees, according to an analysis by The Associated Press of donors who gave over $1,000. The megadonors also contributed twice as much as conventional PACs and other groups that represent a broad swath of corporate interests.

Political spending by the Chamber has also dropped precipitously. After spending $29 million in 2016, mostly supporting Republicans and attacking Democrats, the group’s contributions dropped to $10.9 million in 2018, according to data from nonpartisan Center for Responsive Politics. In 2020, the group endorsed 23 Democrats, which Republicans saw as a betrayal.

“There is absolutely no love lost for corporations, especially when they consistently weigh in on things they don’t understand,” said Josh Holmes, a political adviser to McConnell. “There’s no sympathy.”

Common ground still exists between Republicans and business on the value of tax cuts. The Chamber and the Business Roundtable oppose raising the corporate rate to 28% from the 21% level set in 2017, as well as an enhanced global minimum tax. Yet both groups want government spending on infrastructure.

Neil Bradley, the Chamber’s chief policy officer, said the broader business community isn’t fully aligned with either party. But the hyperpartisan nature of today’s politics is creating pressure to choose one side.

“It really causes people to want to sort everything into a red camp or a blue camp,” he said. “Businesses aren’t partisan. They aren’t Republicans or Democrats. They have to operate and function in divided governments, operate in states that are solid blue and solid red.”

Republicans caution, however, that business faces considerable risk weighing in on hot-button disputes.

“They ought to tread carefully because they risk getting into the middle of a culture war that will earn them no friends and a lot of enemies,” said Law, the McConnell ally.