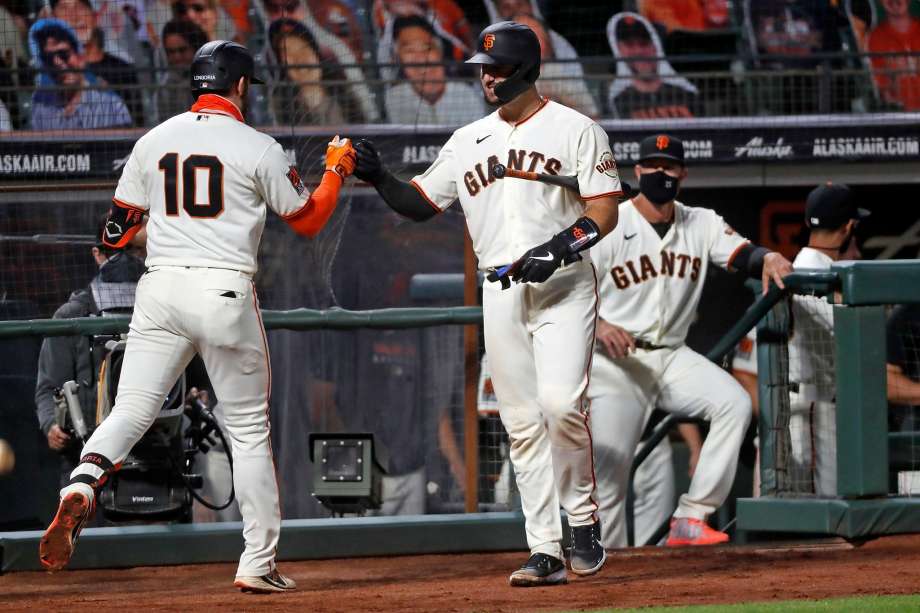 Brandon Belt, Brandon Crawford and Evan Longoria homered for San Francisco, and the visiting Giants playing at home beat the Seattle Mariners 9-3 on Wednesday night in a game moved to the Bay Area because of smoky, dangerous air in Western Washington.

Donovan Solano and Mauricio Dubon hit early RBI singles as the Giants backed Drew Smyly (1-0) and snapped a three-game losing streak with a “road” victory at Oracle Park. One encouraging development: A familiar mist hovered over the outfield late in the game, not smoke.

Smyly made his first start since Aug. 1 and second appearance since being sidelined by a sprained index finger on his pitching hand.

Belt hit a two-run homer in the third inning and Longoria connected for a solo drive one out later against right-hander Ljay Newsome (0-1). Crawford contributed a two-out shot in the seventh and Mike Yastrzemski added an RBI double as the Giants pounded out 15 hits.

The Mariners drew a pair of bases-loaded walks in the fourth.

This marked the first of two games relocated from Seattle because of the unhealthy air quality from numerous West Coast wildfires. The Mariners and Oakland Athletics played a Monday doubleheader in the smoke and players expressed concern.

The Mariners took off about 10 a.m. Wednesday — rare day-of travel in baseball — from Seattle and pitcher Kendall Graveman even joked about wearing uniforms on the plane and eating sack lunches on the way. Some went straight to Oracle Park upon landing in San Francisco, while others opted to stop by the team hotel.

“There was some talk about it,” manager Scott Servais said with a grin on a pregame Zoom call.

Seattle was the home team but wore its gray road jerseys. The Giants sported their cream-colored home uniforms — the first time playing as the road team at home since Game 2 of a doubleheader with the Reds on July 23, 2013, making up a rainout from July 4 that year.

“If there ever was a year for this to happen, this was it, because nothing is normal,” Servais said. “It has been weird all year long.”

Mariners: Seattle got a scare when Dylan Moore was hit in the head by a pitch in the seventh. He stayed in the game briefly. … On Tuesday, RHP Matt Magill underwent arthroscopic debridement surgery on his throwing shoulder in Los Angeles performed by Dr. Neal ElAttrache. The hope is Magill will be ready to begin a throwing program in spring training and pitch in exhibition games, Servais said. The rehab process will start immediately. … 2B Shed Long is deciding his next step with a stress fracture in his shin that was diagnosed last week and put him out for the season. “Shed is still working through what’s the best course of action for him to get back healthy. I know he’s weighing a couple different options right now. I’m not sure where he’s headed,” Servais said. “May be a minor surgery, may not be.”

Giants: RHP Jeff Samardzija, sidelined by an inflamed pitching shoulder, is expected to throw five innings in a simulated game Thursday at the club’s Sacramento alternate site. … RHP Reyes Moronta (right shoulder surgery) threw in Sacramento. He still could get into a major league game by season’s end. “We’re going to monitor him at every outing, and figure out how he bounces back,” manger Gabe Kapler said. “But so far, his stuff has been crisp, and it’s been trending up.”

The Mariners reinstated INF J.P. Crawford from the bereavement list and optioned INF Donovan Walton to their Tacoma alternate site and kept him on the taxi squad.