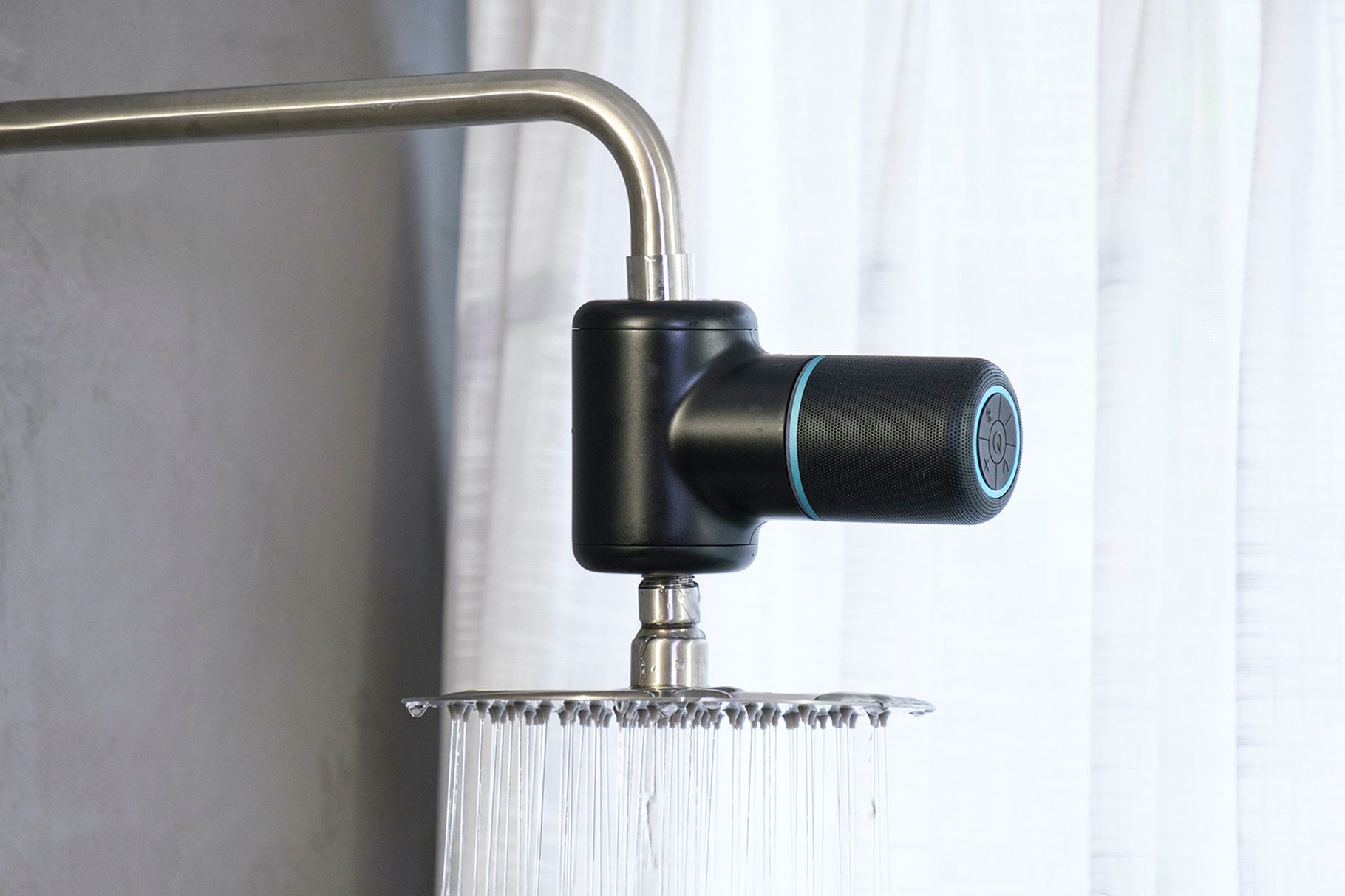 Shower Power attaches to your shower head, intercepting your water flow to power a hydroelectric generator that charges the battery of its Bluetooth speaker. The device is similar to earlier water-powered speaker Hyquadio, but Ampere offers more options for controlling its speaker, with physical playback controls on the device and a battery-powered remote if the speaker is out of reach.

When the speaker is attached and water is flowing, its 2500mAh battery should offer over 80 hours of playback at max volume. With water off, that number shrinks to around 17 hours at max volume.

You might expect the speaker to be powered indefinitely with water, but Ampere explains that due to the size of Shower Power’s impeller (the component rotated by water) it’s only able to meet the demands of the speaker’s battery indefinitely at around 60-70 percent volume.

Along with battery life, we’ll also need to test Shower Power’s audio performance. The device is advertised as having immersive sound and deep bass, but I’d expect it to sound differently depending on where you place it. Since shower heads come in as many varieties as showers, that could create a wide range of possible sounds.

Droplet, Ampere’s additional speaker accessory, could help in that department. It’s the same speaker as Shower Power, but not water-powered. The device can be connected to Shower Power and critically, it can be placed anywhere, filling out the sound in places Shower Power might miss perched on your shower head. If you’re willing to purchase the device separately of course.

Standalone water-proof speakers can also easily play music in your shower, but unlike Shower Power they’d have to be removed every time you need to charge them. Shower Power never has to leave your shower; its advantage is that it never requires you to remember a cable.

For interested shower vocalists and podcast devotees, Shower Power launches today on Kickstarter for $59 ($99 MSRP). You can add on the water-proof remote for $15 ($30 MSRP) or an additional Droplet speaker for $20 ($50 MSRP). Pre-orders will follow on Ampere’s site on November 15th and the device will go on sale in December.