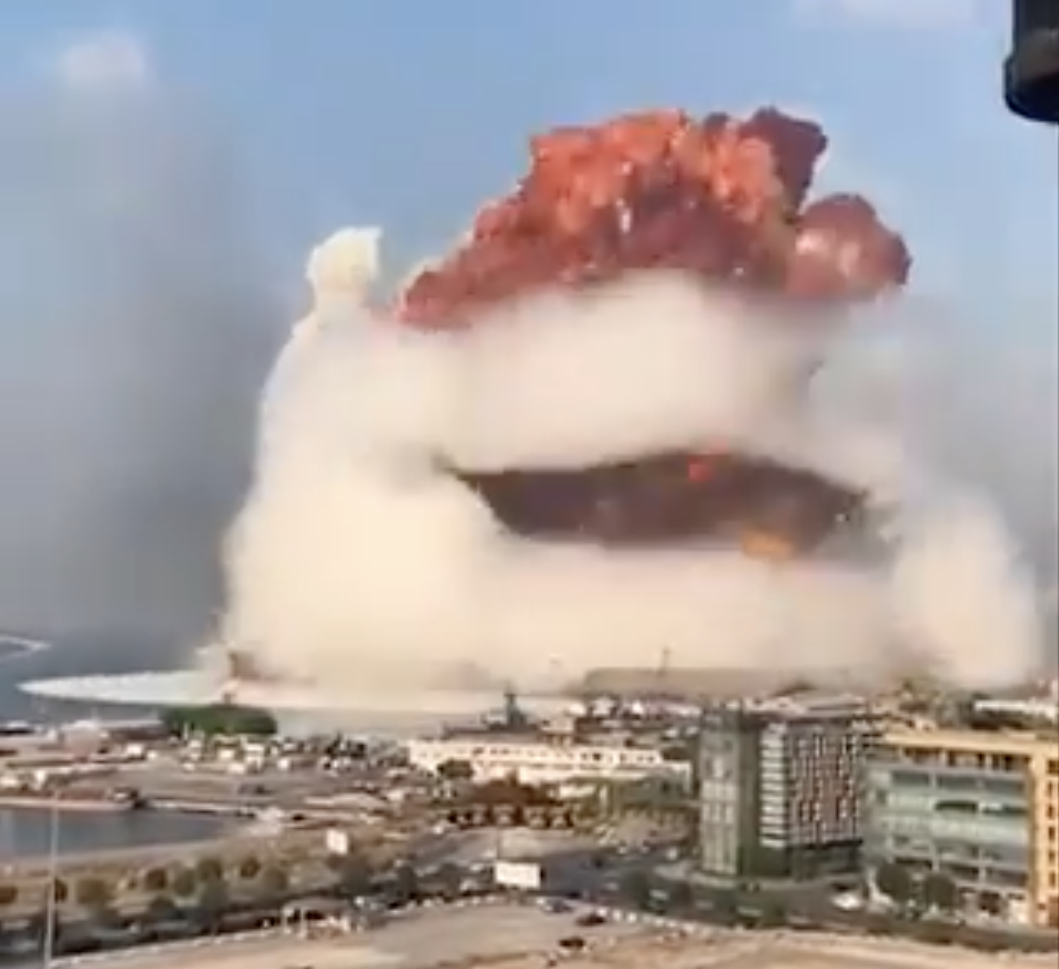 The country’s health minister, Hamad Hasan, said there was a large number of wounded in a blast at the city’s port, according to local broadcaster LBC. Al Mayadeen television said hundreds were wounded and quoted a defense official as saying the explosion was not caused by a terrorist act.

The afternoon blast shook several parts of the capital and thick smoke billowed from the city center. Residents reported windows being blown out and a false ceilings dropping.

Some local TV stations reported the blast was inside an area where firecrackers were stored.

Another Reuters witness said she saw heavy gray smoke near the port area and then heard an explosion and saw flames of fire and black smoke: “All the downtown area windows are smashed and there are wounded people walking around. It is total chaos.”