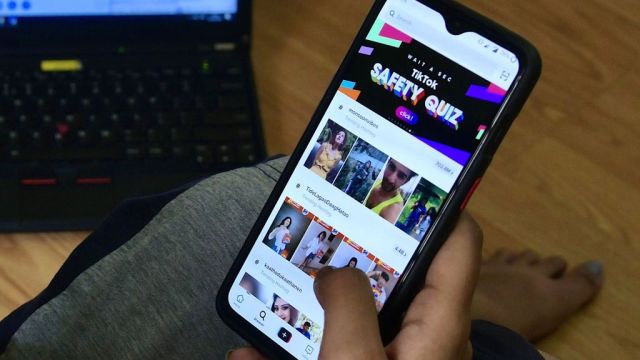 The Commerce Department confirmed in a statement Saturday evening that it would delay — by one week — restrictions that were originally to take effect on Sunday.

ByteDance will continue to be majority owner of TikTok under the agreement Trump said he approved, according to a person familiar with the matter.

Speaking to reporters, Trump said he approved the deal “in concept.”

“I have given the deal my blessing,” Trump said. “If they get it done, that’s great. If they don’t, that’s okay, too.”

The deal will also include Wal-Mart, Trump said, adding that “the security will be 100 percent. They’ll be using separate clouds and very, very powerful security.”

Trump said the deal will also include a $5 billion fund for U.S. education, though he did not say which companies would be making the payment. Trump had previously expressed a desire for the companies to make a payment to the U.S. Treasury but was surprised when he was told such an arrangement would be illegal.

Trump’s blessing comes hours before restrictions from the Commerce Department were set to take effect that would remove TikTok from U.S. app stores, including those operated by Apple and Google. The White House declined to comment.

ByteDance will continue to be majority owner of TikTok under the agreement Trump said he approved, the person said.

That contradicts Trump’s claim to reporters on Saturday that TikTok would be “totally controlled” by Wal-Mart and Oracle, who will have up to a 20% share in TikTok, the person said.

TikTok confirmed in a statement that Oracle and Walmart will together hold up to a 20% share.

“As part of this proposal, Oracle will become our trusted technology provider, responsible for hosting all U.S. user data and securing associated computer systems to ensure US national security requirements are fully satisfied,” TikTok said. “We are currently working with Wal-Mart on a commercial partnership as well. Both companies will take part in a TikTok Global pre-IPO financing round in which they can take up to a 20% cumulative stake in the company. We will also maintain and expand TikTok Global’s headquarters in the U.S., while bringing 25,000 jobs across the country.”

Trump also said that TikTok would be incorporated in Texas as a new company.

“As a part of this agreement, TikTok will run on the Oracle Cloud and Oracle will become a minority investor in TikTok Global,” said Oracle CEO Safra Catz. “Oracle will quickly deploy, rapidly scale and operate TikTok systems in the Oracle Cloud. We are a hundred percent confident in our ability to deliver a highly secure environment to TikTok and ensure data privacy to TikTok’s American users, and users throughout the world. This greatly improved security and guaranteed privacy will enable the continued rapid growth of the TikTok user community to benefit all stakeholders.”

Walmart said that it plans to take a 7.5% stake in the new company and that Wal-Mart CEO Doug McMillon would serve on its five-member board.

“You have the combination of the Wal-Mart, that’s obvious and the high tech of Oracle and the genius of the two leaders of those companies, okay?” Trump said.