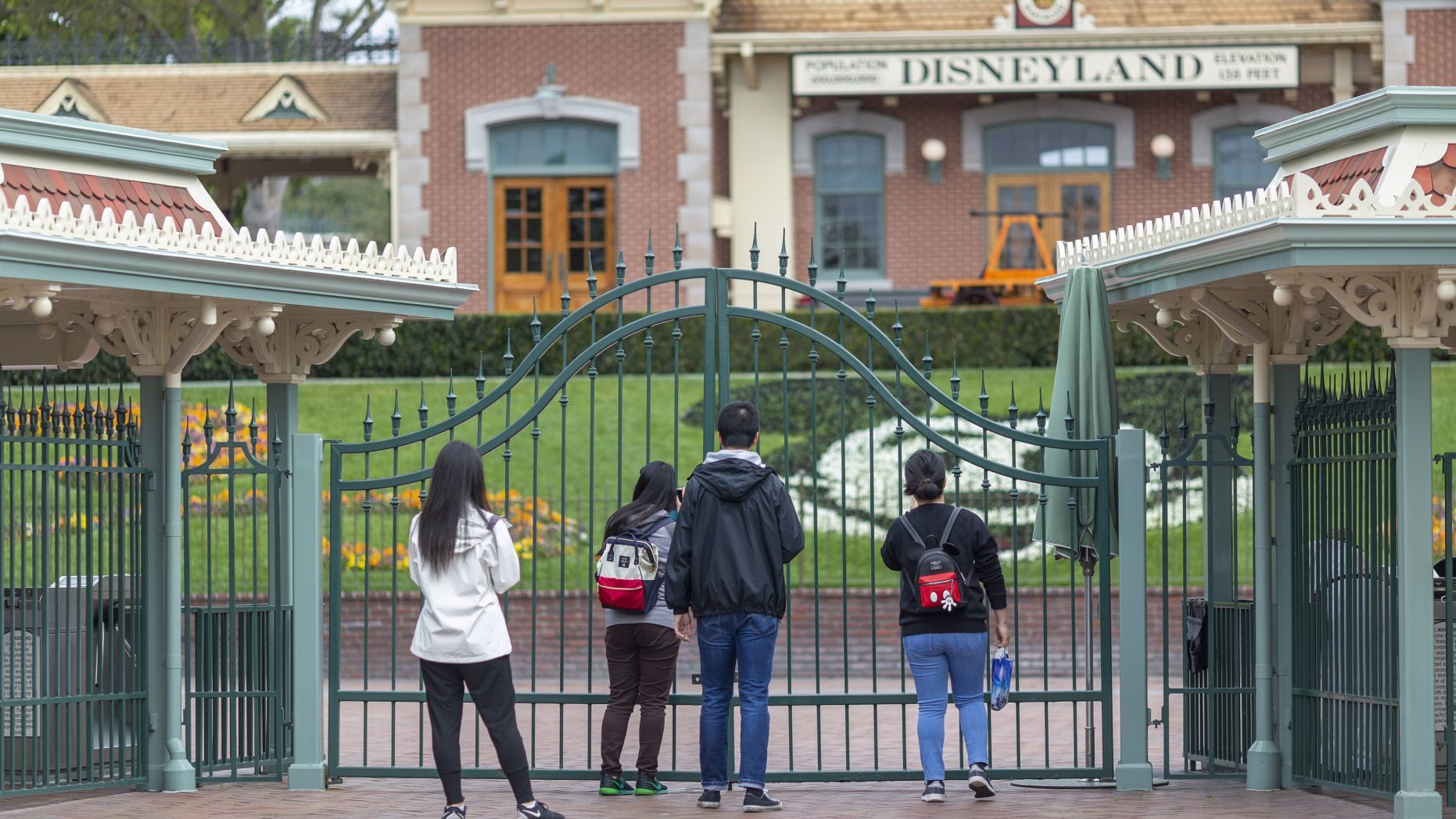 Looks like Disneyland will be taking cues from the reopened Shanghai Disney Resort when it eventually welcomes guests back inside.

Disney’s Anaheim theme parks have yet to announce an official reopening date after closing in mid-March due to the coronavirus health crisis, but a recent update to Disneyland Resort’s official website hints at a “modified” experience for guests when Disneyland and Disney California Adventure finally open back up.

“Upon reopening, certain Disneyland Resort theme parks, restaurants and other locations may be limited in capacity and restricted to availability or even closed based on guidance from health experts and government officials. Furthermore, certain attractions, experiences, services and amenities will be modified, have limited availability or remain closed,” reads a message shared to the Disneyland Resort website.

Specific details of how the parks and attractions may be “modified” were not disclosed, though it’s likely many of the park’s new operating guidelines will mirror those discussed or implemented by other Disney properties. Upon its reopening on May 11, Shanghai Disneyland required temperature screenings and new social-distancing rules, which included limiting the capacity of ride cars to single riders or riders within the same group or family.  A reservation system also helped to stagger guests’ arrivals at the park, which limited its normal capacity (80,000) to just 30 percent.

Much of the new health and safety protocol implemented at Shanghai Disneyland is likely to be implemented at theme parks in the U.S., according to the chief medical officer for Disney Parks. (Hector Retamal/AFP via Getty Images)

In early May, Dr. Pam Hymel, the chief medical officer for Disney Parks, had also outlined several “enhanced safety measures” its resorts were considering ahead of reopening U.S. locations to the public, including plans for “phased reopening” and new physical-distancing guidelines. Parks and resorts will also “likely” be limiting the amount of guests allowed inside at a time, in accordance with guidance from the Centers for Disease Control and Prevention and other government agencies.

Another likely preventative measure is almost guaranteed: Guests and park employees both will almost certainly be required to wear masks or facial coverings upon reopening. Guests at the recently reopened Disney Springs shopping and dining district at Disney World are already required to do so, and Disney CEO Bob Chapek had earlier stated that the requirement will “likely” be a reality for all Disney guests.

“Along with social distancing, one of the things we’re likely going to require is masks for both the cast and the guest,” Chapek told CNBC in an interview last week, admitting that the rule might be “a little trying for some.”

At the moment, however, Disneyland has yet to officially reveal specific official details of its reopening procedures, or its reopening date, for that matter.

“In line with direction from health experts and government officials, the Disneyland Resort theme parks, hotels and the Downtown Disney District are currently closed and a reopening date has not been identified,” Disneyland confirmed on its website. “We will continue to carefully evaluate this complex and fluid situation.”