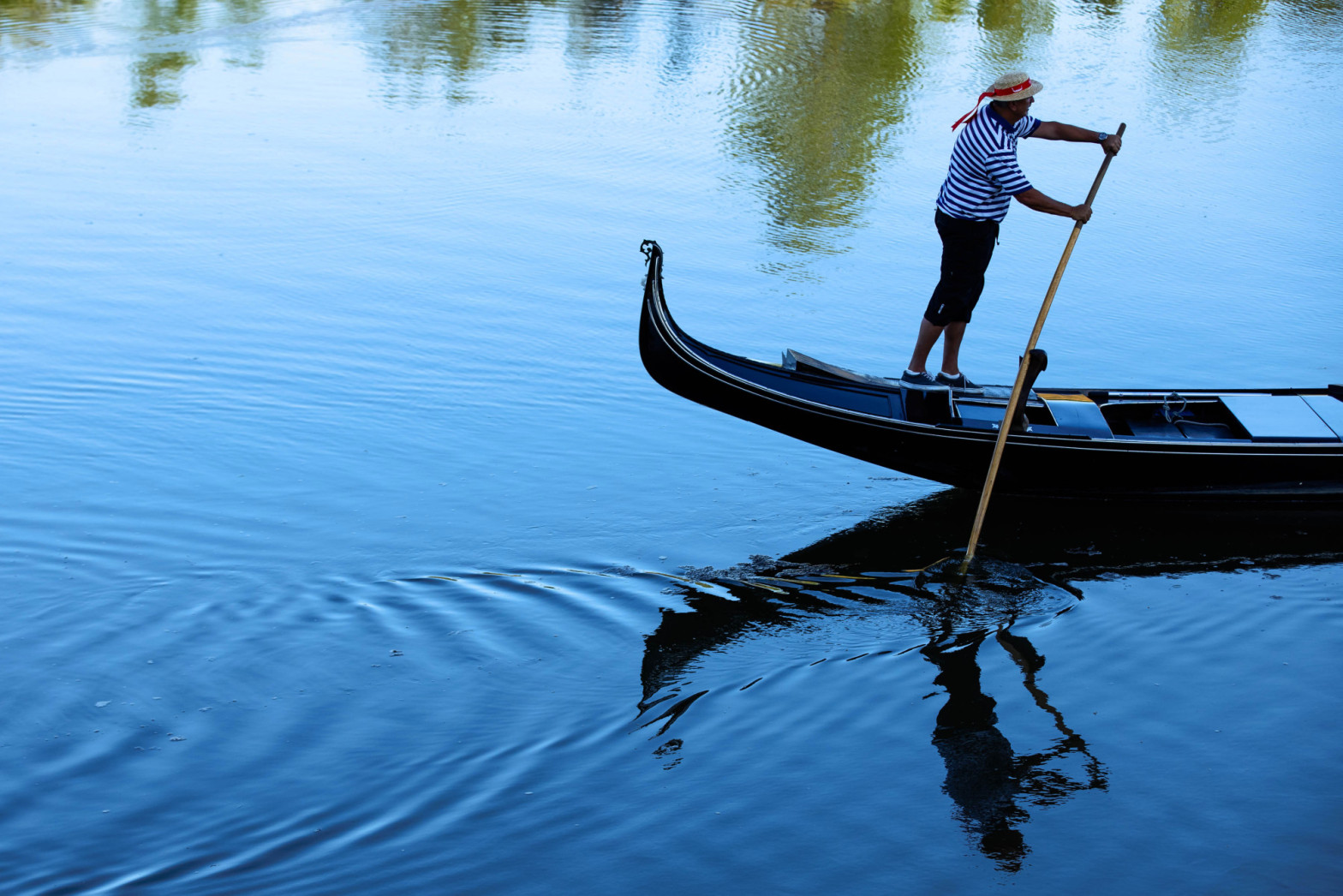 Sean O’Malley talks easily as he makes his way down the Napa River, passing upscale shops and restaurants as we float by Napa’s downtown in his 1,300-pound, 36.5-foot-long gondola.

It’s not exactly Venice. But it’s marvelous — and an ideal setting for O’Malley, who owns Napa Valley Gondola, and offers hour-long tours in his distinctive craft. Naturally, we had questions.

Q How did you get into this business?

A I was kind of semi-retired, but still wanting to work. But I didn’t want to sit behind a desk or do what I used to do — I used to be in Silicon Valley doing technology and venture capitalist stuff. I was thinking I wanted to go do tours for wineries. I wanted to use my personality for good, not evil.

So I looked up jobs for tour guides in Napa, and this thing popped up. I said, “Wow, gondola tour guide? That’s perfect.”

Q Do you sing for your customers?

A I have learned a couple of songs. Mostly, I rely on music from my playlist on my phone and Bluetooth speakers. Gondoliers don’t traditionally sing in Venice.

Q Really? I wonder where that notion came from — an old Hollywood movie or something?

A It was a Gilbert and Sullivan opera called “The Gondoliers.” Of course, the gondolier in an opera  sang all the time.

Q Is there a law somewhere that says gondoliers must wear striped shirts?

A When I first started this job, I asked the same question. (The origin) has nothing to do with gondoliers or Venice. It has to do with European mariners — the guys who work around boats wore striped shirts. When you fell in, it was easy to spot and be rescued. As things have modernized, most mariners don’t wear striped shirts (now) — except gondoliers, who kind of hold onto that old traditional garb.