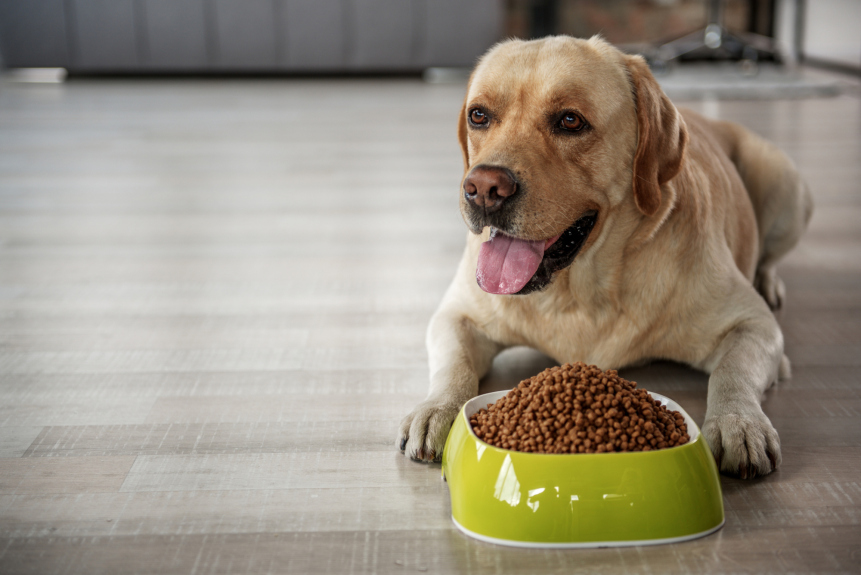 Researchers call dilated cardiomyopathy (DCM) “the second most common heart disease affecting pet dogs, with prevalence over 50% in some breeds.” DCM can lead to congestive heart failure or “sudden death,” and be the result of environmental factors like a dog’s diet.

The study looked at nine dry foods already associated with higher levels of DCM by the Food and Drug Administration, and compared them to nine dry dog foods that met veterinarian recommendations.

In results published days ago, peas surfaced as a common culprit in foods associated with doggy DCM. But researchers have been careful not to simply blame peas without further research.

The study noted that lentils, another filler food in dry dog foods, could also be a contributor to heart disease “to a lesser degree.”

Researchers didn’t name the brands studied, but focused on “commercial dog foods” already bought by dog owners, independent of the study. No dogs were experimented on to obtain research data.

Peas are a common ingredient in “grain free” dog food, along with potatoes and sweet potatoes.

The FDA first started investigating a link between “grain free” food and DCM years ago, after receiving more than 500 reports of DCM in dogs from 2014 to 2019. While some dogs are genetically predisposed to risk for developing DCM — including Doberman pinschers, Great Dane, and Irish wolfhounds — those reports to the FDA included numerous cases in other breeds like French bulldogs, which are not at a genetic risk for the disease.

The FDA has also been careful not to say “grain free” diets result in canine heart disease, but it did identify 16 brands in its own research.

“We understand the concern that pet owners have about these reports: the illnesses can be severe, even fatal, and many cases report eating ‘grain-free’ labeled pet food. The FDA is using a range of science-based investigative tools as it strives to learn more about this emergence of DCM and its potential link to certain diets or ingredients,” the FDA said in a recent study.

Dr. Brian Bourquin of Boston Veterinary Clinic said the studies are a “warning,” but it’s not as simple as telling dog owners to avoid feeding their pets peas. There’s still questions around the role peas and other ingredients play in dogs’ digestion and overall health.

When it comes to selecting dog food, he recommends choosing bigger brands, because they’re more likely to have a veterinary nutritionist on staff to oversee food safety.

“We want to see foods that have been studied, and that tends to lead to the bigger food companies,” he said. “Those are the ones we trust the most.”