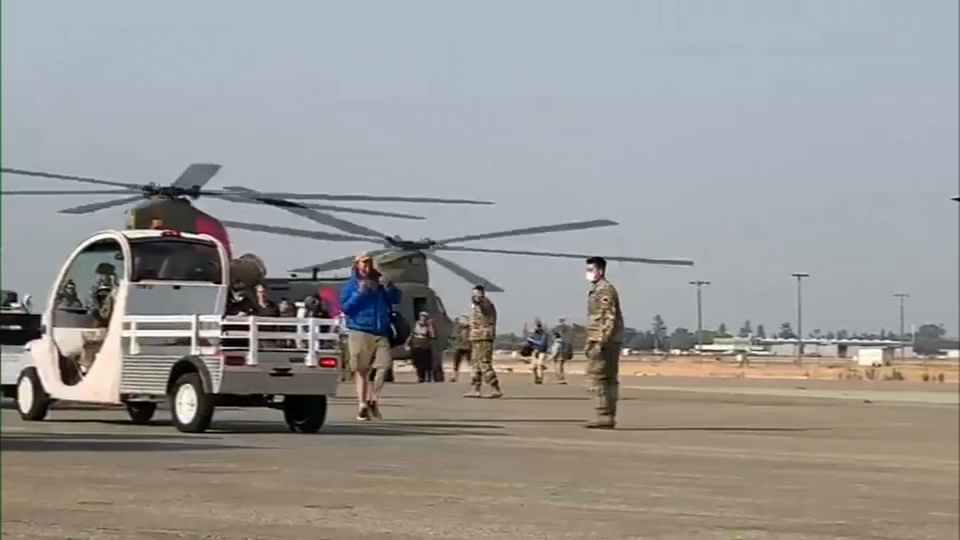 It was another day of dramatic rescues at the fast moving Creek Fire outside Yosemite as the fire continued to trap hundreds of people camping in the area. More than 200 people were airlifted to safety Tuesday — 13 of which were from the Bay Area — including three South Bay backpackers.

As the Creek Fire started to rage across the Sierra National Forest, the tree friends scrambled to hike 12 miles back to their car in hopes of racing away from the danger.

“We got back a little too late. The fire came up and we were trapped there,” said Gar Chan from Gilroy.

As ash rained down they took shelter at a resort near Lake Edison, San Jose State Geology Professor Robert Miller, Gilroy dentist Chan and program manager Ken Oliver had just delivered supplies to a friend hiking the John Muir Trail when they found themselves trapped.

“The most scary thing was wondering if you were going to get out safely or not,” said Chan.

With the flames closing in, they had few options and got some very sobering advice.

“They told us last night if you hear bullhorns, run to the lake,” said Miller.

Oliver from Morgan Hill said, “yesterday the sheriffs told us they were going to convoy us out but the fire closed the road so this morning we heard choppers come in.”

It was the sound of safety. Early Tuesday morning, a National Guard helicopter arrived, airlifting the three friends and 14 others to safety.

A video Oliver took inside the packed chopper showed it carrying backpackers, kids, even a dog.

“We tried to do social distancing but ended up sitting on everyone’s lap but we were thankful to be down the hill,” he said.

Thirty-five minutes later, they landed at an Army National Guard Base in Fresno.

The trio considers themselves lucky to be safe and heading home with a harrowing story to tell.

“It was tense at times but everybody pulled together,“ said Oliver.