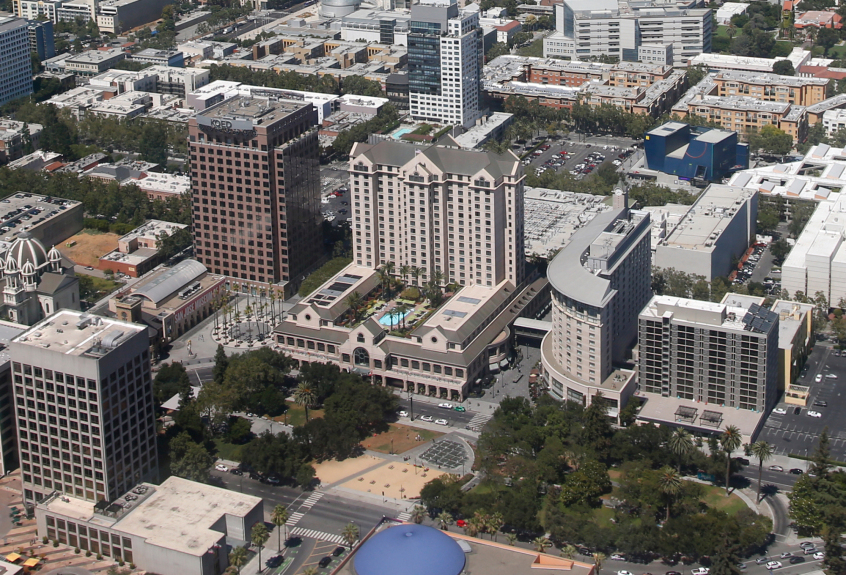 The owner and the manager of a bankrupt downtown San Jose hotel have reached a settlement that could enable the iconic lodging to reopen if its financial reorganization is approved by a judge.

The deal involves the owner of the Fairmont Hotel and the operator of the hotel, Accor Management U.S.

The parties have reached an agreement on the terms of the reorganization of the bankrupt hotel’s finances, according to Sam Singer, a spokesperson for the hotel owner, a group controlled by Bay Area business executive Sam Hirbod.

The agreement paves the way for the hotel to reopen if its creditors, which include Accor Management, approve the reorganization plan and a U.S. Bankruptcy Court judge confirms the plan.

The hotel closed in March when the Fairmont Hotel’s owner filed for bankruptcy to reorganize the lodging’s shattered finances. The owner of the hotel said the coronavirus — and a months-long dispute with Accor — were key factors that caused the Fairmont to tumble into bankruptcy.

In the wake of this dispute and as part of the bankruptcy proceeding, the hotel owner is seeking to oust Accor as the management.

The bankrupt hotel is slated to be rebranded Signia Hilton San Jose, according to papers filed in recent weeks in bankruptcy court. The Signia unit of Hilton Worldwide Holdings will manage the hotel.