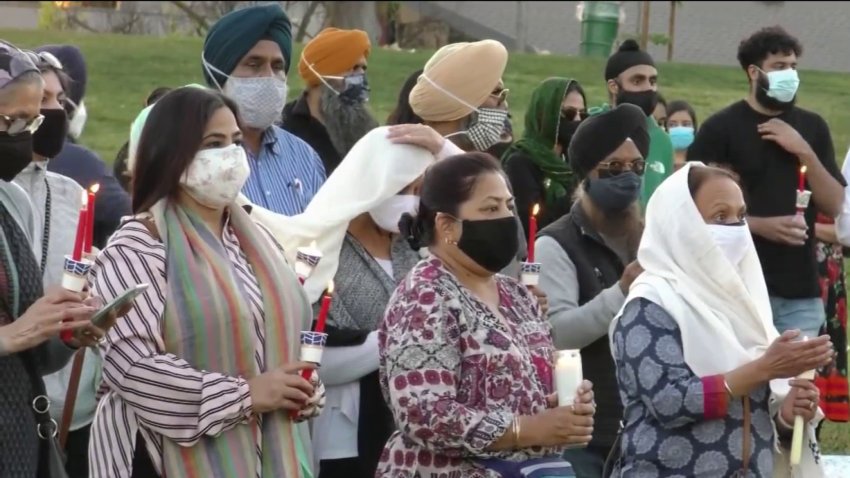 Members of the San Jose Sikh community gather at their place of worship to pray for the eight people killed in the mass shooting Thursday at a Indianapolis FedEx facility.

“Four of them were from the Sikh community, but we’re here everyone here,” said Sukhdev Singh Bainiwal, Director of the Sikh Gurdwara San Jose

Sunday was the second night of remembrance for the victims at Sikh Gurdwara San Jose, the largest Sikh temple in the United States.

Nearly 100 more Sikh community members also met in Fremont for more prayers and a candlelight vigil and calls to address gun violence in the country.

“We have to speak out in order to confront this, this violent crime,” said Union City Councilmember Gary Singh.

Community leaders at both Bay Area vigils said that enough is enough.

“We do look up to them to make policy changes, up at the federal level to make sure that these types of incidents don’t happen again and again.”

The Sikh communities have been facing violent oppression for centuries and have been the targets of crimes since 9/11.

“If they report any type of hate incidents, we know, or hate crimes, they know they can call us and we’ll come out and respond,” he said.

With the candlelight vigils, the Sikh community is standing in solidarity and in faith even as they mourn the senseless loss of life.