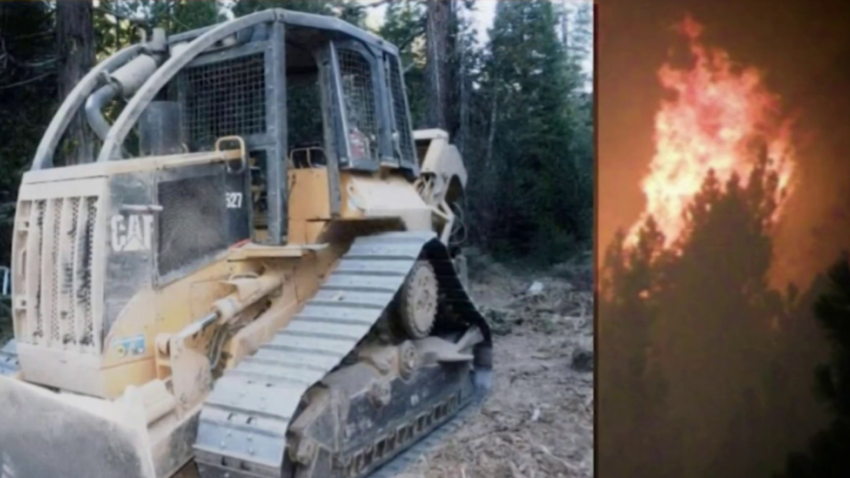 As Cal Fire battles a record fire season, it has lost a fight in state court and must now pay $15 million in sanctions for what a judge called a four-year-long campaign of “egregious” evidentiary violations in its probe of the 2007 Moonlight Fire, including allegations of lying, fraud and withholding of evidence.

The state agency has long blamed the wildfire on a bulldozer operator – a subcontractor for the state’s largest private land owner, Sierra Pacific Industries — scraping a rock while working during a red flag warning. The resulting sparks, the Cal Fire probe concluded, touched off a fire that destroyed 65,000 acres, 45,000 of which was in the Plumas and Lassen national forests.

The federal government initially sought $1 billion in costs, but the timber giant fought back in court. The company contended it was in fact the victim of a “trail of fraud” by investigators seeking to tap its deep pockets to pay not only firefighting expenses but to provide seed money for a now-defunct state trust fund for fire investigation training costs.

The company ended up with surprising allies in its fight against Cal Fire — former top Cal Fire officials, like Tom Hoffman.

“We felt we couldn’t just sit there and watch and remain silent,” said the 23-year veteran, who was head of agency’s law enforcement division at the time of the fire, said in a recent interview.

After Hoffman retired, he and another retired colleague submitted an amicus brief in federal court, underscoring flaws in the fire probe and saying they were “embarrassed and dismayed” at the agency’s “tainted and corrupt” conduct.

Hoffman says while he took heat from his former colleagues, he felt obligated to reinforce the gravity of what a Plumas County court judge called a “vast array” of improprieties.

In a 2014 ruling,  Judge Leslie Nichols faulted a Cal Fire investigator for destroying notes, giving what the court considered “evasive and untruthful” sworn testimony and for having noted in his final report that the bulldozer operator took the blame, when he was on tape flatly denying it.

“The contradictory statements given by the investigator — to me, that’s a coverup,” Hoffman said.

In his ruling, Judge Nichols said Cal Fire’s “vast array” of “egregious and reprehensible’’ evidence disclosure violations “suggests that they perceive themselves as above the rule of law. He ordered Cal Fire to pay $30 million in sanctions.

By that time, Sierra Pacific had already settled the federal court case over the fire costs for cash and 22,500 acres of forest land that together were worth more than $100 million. While the company sought to get out of the 2012 deal due to the alleged improprieties cited by Nichols, it lost that fight in federal court.

Cal Fire separately appealed the $30 million Nichols ordered in sanctions to the state’s Supreme Court. Sierra Pacific prevailed there, however, and the high court sent the matter to a lower court to make the final determination on sanctions.

On Oct. 19, Judge Michele Verderosa of Lassen County ordered Cal Fire to pay $15 million for having forced the timber giant to spend “countless hours … sifting through false and misleading information’’ to defend against what the court considered dubious findings.

Hoffman still marvels at the fervor Cal Fire fought the court actions, under the circumstances.

“In light of just all this damning evidence, why the department chose to fight this thing tooth and nail is just beyond me,” Hoffman said. “I think the tax payers were done a great disservice here.”

Cal Fire did not respond to repeated requests for comment on the Moonlight case.

Sierra Pacific said in a statement that it believes in Cal Fire’s mission and that the agency learned its lesson for having “pursued a wildfire investigation in a fraudulent manner.’’

Although the legal war may be over, Hoffman says there’s one question that may never be answered. “We still don’t know what caused this fire.”