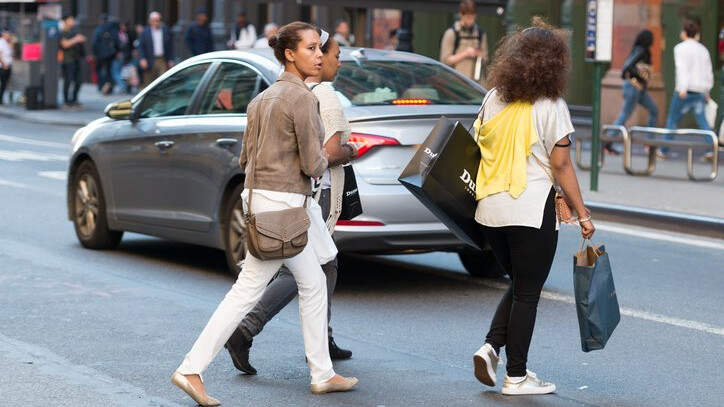 A new attempt to decriminalize jaywalking is being considered by Gov. Newsom after approval by the Assembly last week.

The Freedom to Walk Act, authored by Assemblymember Phil Ting (D–San Francisco), would prevent police from stopping jaywalkers, except in certain circumstances.

Ting said in a statement that stops for jaywalking disproportionately target people of color and lower-income individuals, citing data from the California Racial and Identity Profiling Advisory Board. Ting also said the bill could prevent such stops from escalating into greater confrontation with law enforcement, citing multiple cases in recent years that have resulted in the death or injury of someone accused of jaywalking.

“Safely crossing the street should not be a criminal offense,” Ting said in a statement. “When expensive tickets and unnecessary confrontations with police impact only certain communities, it’s time to reconsider how we use our law enforcement resources and whether our jaywalking laws really do protect pedestrians.”

A similar bill authored by TIng last year was vetoed by Gov. Newsom, who cited pedestrian safety in his veto message.

“I am concerned that AB 1238 will unintentionally reduce pedestrian safety and potentially increase fatalities or serious injuries caused by pedestrians that enter our roadways at inappropriate locations,” Newsom wrote in Oct. 2021.

Rather than repeal the state’s jaywalking law, the new bill seeks to address the governor’s concerns by allowing stops “only when a reasonably careful person would realize there is an immediate danger of a collision,” according to Ting’s office.