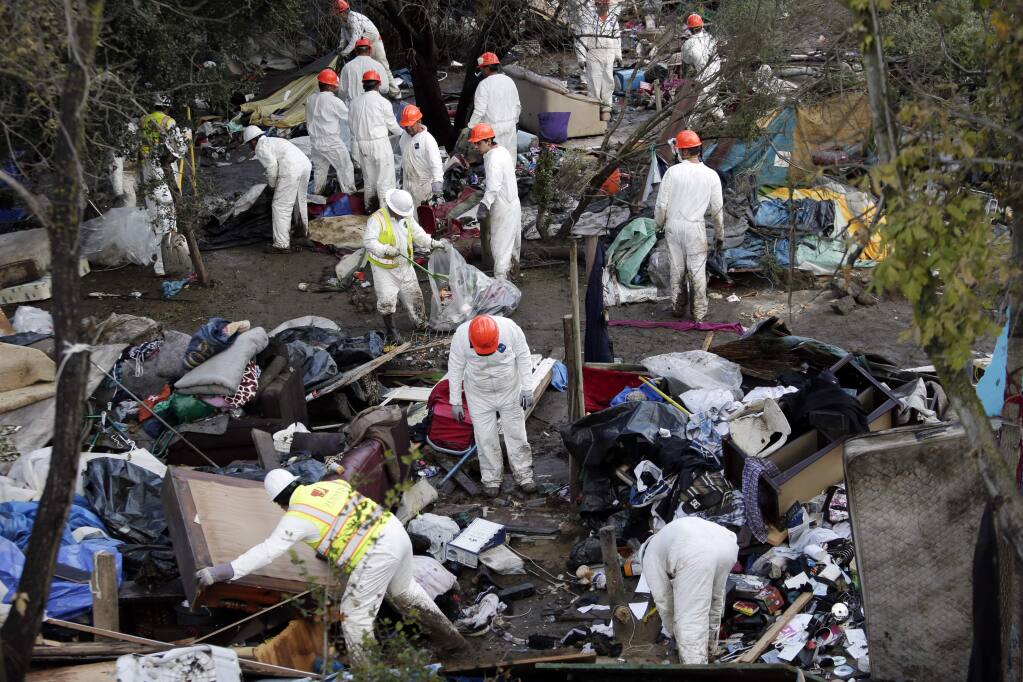 City crews moved in and renewed their work, cleaning up the site.

Residents of San Jose’s Guadalupe Gardens homeless encampment told NBC Bay Area Saturday that they were shocked when city workers started rolling in before sunrise with trucks and trailers loaded with dumpsters and heavy equipment.

Dharma, a former resident who now lives in an apartment, said she was visiting her boyfriend when the equipment started getting closer and closer to their RV.

“It felt like I’d better let them know that we’re in the RV, because they might just take it out,” she said.

Dharma added that the residents were surprised because they thought they would have more time to clear out and never believed they’d be thrown out over the weekend with no warning.

“We’ve known for a while that this was coming, however, we were under the impression that we had until the end of the month,” she said.

San Jose city officials told NBC Bay Area the FAA mandated them to clean up the site or face the possibility of losing federal funding and began the initial cleanup last year.

Since March, the city has removed more than 1.3 million pounds of debris and at least 84 cars and trucks that didn’t run.

Meanwhile, We Hope Mobile Homeless Services, a local non-profit group that provides interim housing and on-site showers, toilets and laundry services said they’ll continue to help even after this encampment is cleared.

“We’ll look and see where we’re needed the most and be willing to go there. We’ll also be willing to try to help the people who are here. We have other resources, where we have counselors that come out and help,” said Tharon Roberts with the non-profit.

A spokesperson for the city manager said San Jose outreach teams have already helped about 150 people from the encampment find interim permanent housing and they continue to seek shelters for the remaining residents.

The city expects the 40-acre site to be completely cleared by the end of the month.