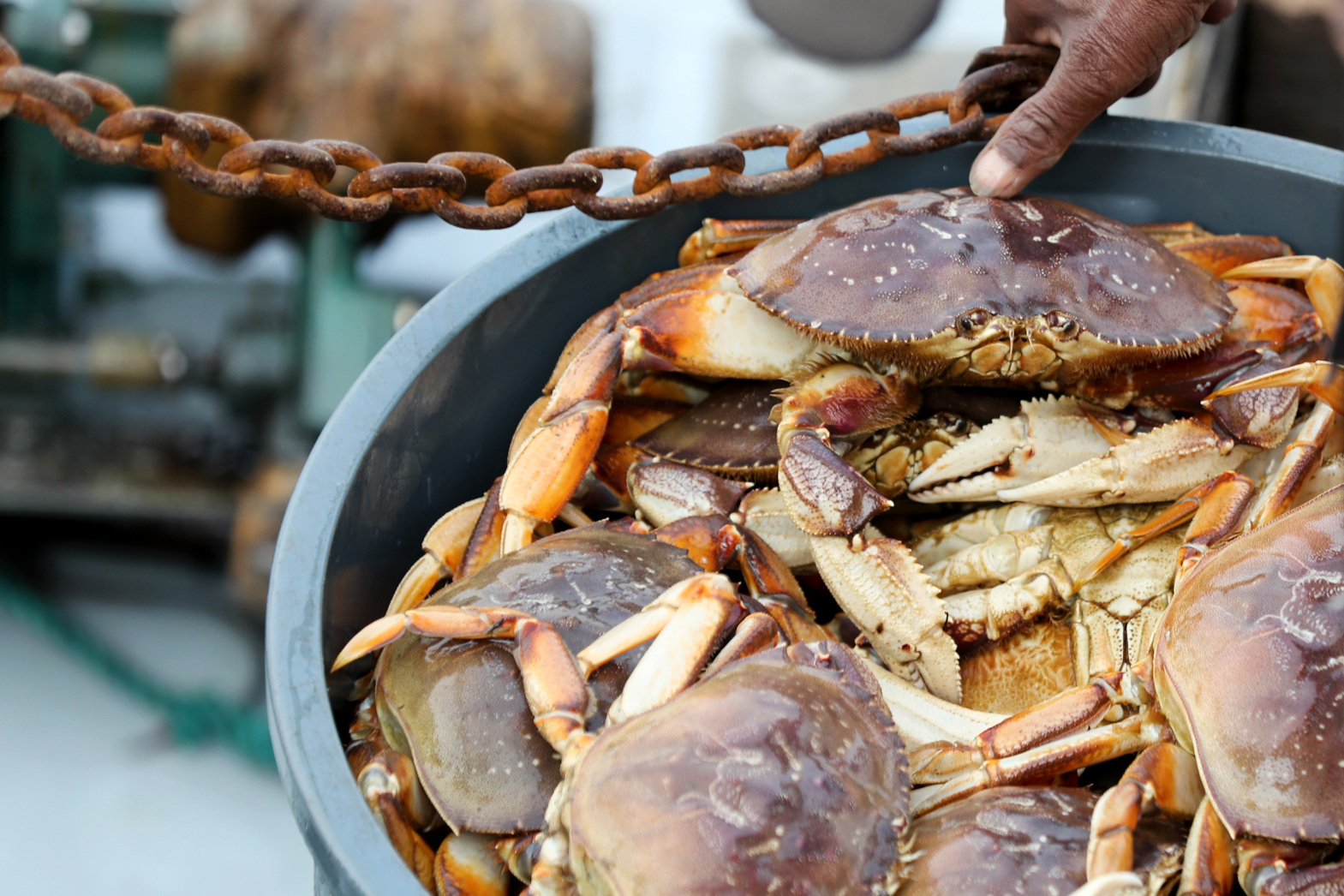 California’s long-awaited Dungeness crab season can finally get under way.

After weeks of negotiations, an agreement has been reached on the price that seafood processors will pay for the crab fleets’ haul of the West Coast delicacy.

“We are pleased to announce that local fishermen will be out on the water on Monday 1/11/21 and bringing in delicious, sweet Dungeness crab by the end of the week,” the Half Moon Bay Seafood Marketing Association announced Saturday.

The specific price was not released by the negotiating parties, but with wholesalers initially offering to pay in the low-to-mid-$2 range per pound and fishermen countering with prices in the low-to-mid-$3 range, the agreement reportedly is a high $2 number.

Last year, the wholesale price was set at $3 per pound. The retail price range for Dungeness crab can run anywhere from $7 to $20 per pound, depending on the market.

According to the Half Moon Bay group, a coordinated agreement with San Francisco and Bodega Bay fishermen and other fleets along the coast will allow the first crab pots to be set at 8 a.m. Monday and hauled at 8 a.m. Wednesday. Markets should have crab by Friday or Saturday.

Traditionally, the Bay Area’s commercial crab season begins Nov. 15. But the California Department of Fish and Wildlife, in consultation with crab fishermen, delayed that for more than a month to protect migrating whales from getting entangled in fishing lines.

Once the whales were safely on their way south, the state set Dec. 23 as the season opener. Then the price negotiations started. Both sides have been hit hard economically by pandemic restrictions on restaurants and markets; adding to the challenges was a major fire last May at Fisherman’s Wharf in San Francisco.

Since 2015, there have been delays in all but one commercial Dungeness season.

A toxin, domoic acid, that could sicken anyone who eats the tainted crab destroyed Northern California’s 2015-2016 commercial season and created delays in other years.

In 2018, recreational crabbers had to postpone their fishing, but the commercial season began without a hitch.

In 2019, as with 2020, the fishing line danger to whales resulted in a crabbing delay of several weeks.