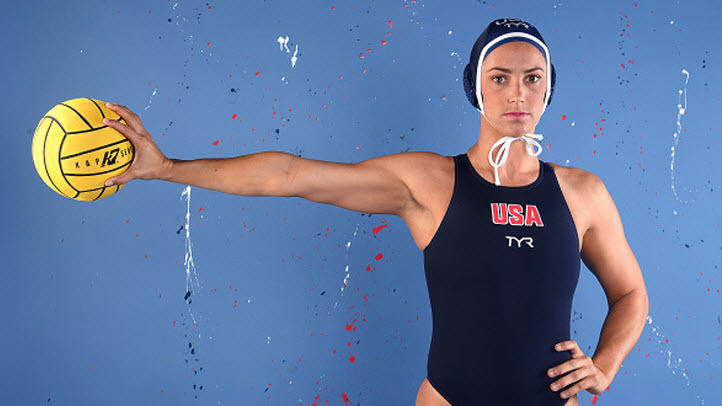 With the Tokyo Olympics just six months away, a number of Bay Area athletes are ramping up their training, including one East Bay product who’s vying for her third gold medal.

Maggie Steffens, one of the best female water polo players in the world, hails from Danville, where she was a star at Monte Vista High School before bringing her game to Stanford then helping Team USA to gold in the 2012 and 2016 Olympics.

Steffens is back in the pool, training in Southern California. It’s the second time she’s had to prepare for the Tokyo games after they were postponed in 2020 because of the coronavirus pandemic.

For many athletes, the holdover was a punch in the gut after they worked so hard to prepare for 2020. But as Steffens sees it, when training for the Olympics, an athlete already is preparing for adversity. Being able to deal with the hardships surrounding the pandemic is what being an athlete is all about, she says.

The U.S. women’s water polo team only recently was allowed back into the pool at their facility in Southern California, where they’re training six-and-a-half hours a day, six days a week. Before, they were just training on dry land.

“I think it made us appreciate the training that we have even more,” Steffens said. “Almost like we’ve been given this extra opportunity to improve.”

Steffens, who led her team to gold in both the 2012 London Olympics and the 2016 Rio Olympics, is confident Team USA can bring home a third gold despite the truncated training. She believes this will be the most important Olympics in recent history.

“There’s almost this greater power to this Olympics,” she said. “There’s now this idea that we have an opportunity to portray our resilience and inspiration, not just as a team or not just as a country, but as an entire world.”

Steffens comes from a family of water polo stars. Her older sister Jessica helped Team USA win a silver in the 2008 Beijing games. And her father was one of the top players for Cal in the 1970s.

The Tokyo Olympics are scheduled to run from July 23 to Aug. 8.