Man Injured in Shooting Inside Library in San Jose 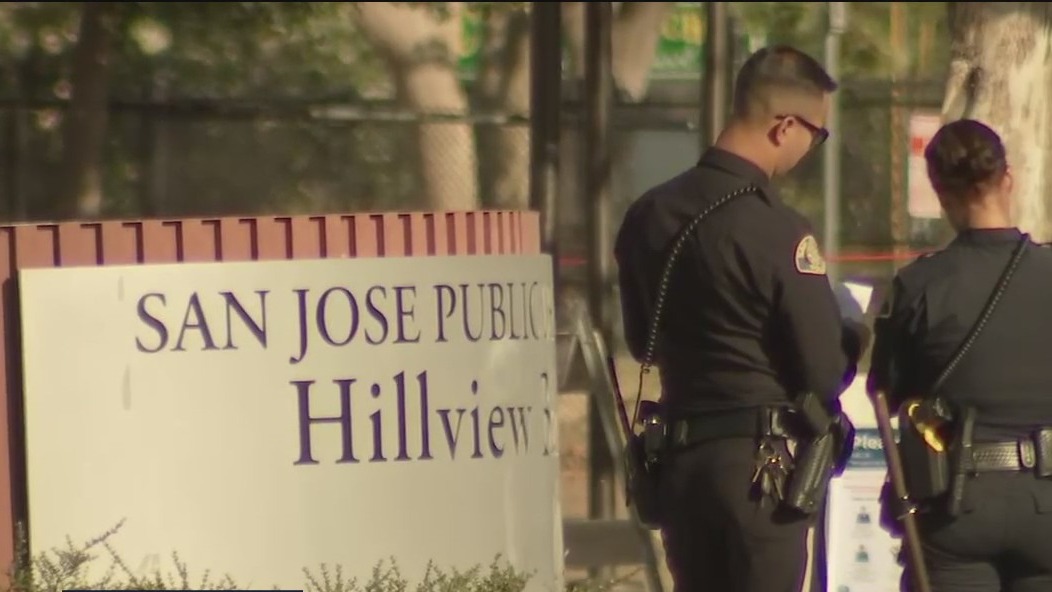 A man was injured in an apparent gang-related shooting that occurred inside a library in San Jose Monday afternoon, police said.

More than 20 people, including children, were inside Hillview Branch Library on Hopkins Drive at the time of the shooting, but only the man was struck, San Jose police Officer Steve Aponte said. He was taken to a local hospital with non-life threatening injuries.

Aponte said officers responded at about 3:30 p.m. to investigate a report of a man with a gun inside the library. Police later learned that two males entered the library chasing after a third person, later identified as the victim.

The victim was shot at least once, Aponte said. The two suspects fled the scene and have not yet been identified.

“This is something that happened outside of the library and then trickled and fell into the library as a gang-related issue,” Aponte said.

Mary’s son was inside the library and witnessed the shooting.

“He’s like mom, ‘somebody got shot here and I’m in the library.’ And ‘can you call dad so he can pick me up?’” said Mary.  “He said his friend called 911 after that and they hid inside.”

Mental health counselors from the county were taken in to be available for the children and families.

Mary is glad it wasn’t any worse.

“I was so scared, especially now that we have a lot of news regarding school shootings and I never thought that would happen to us, especially my kid,” she said.