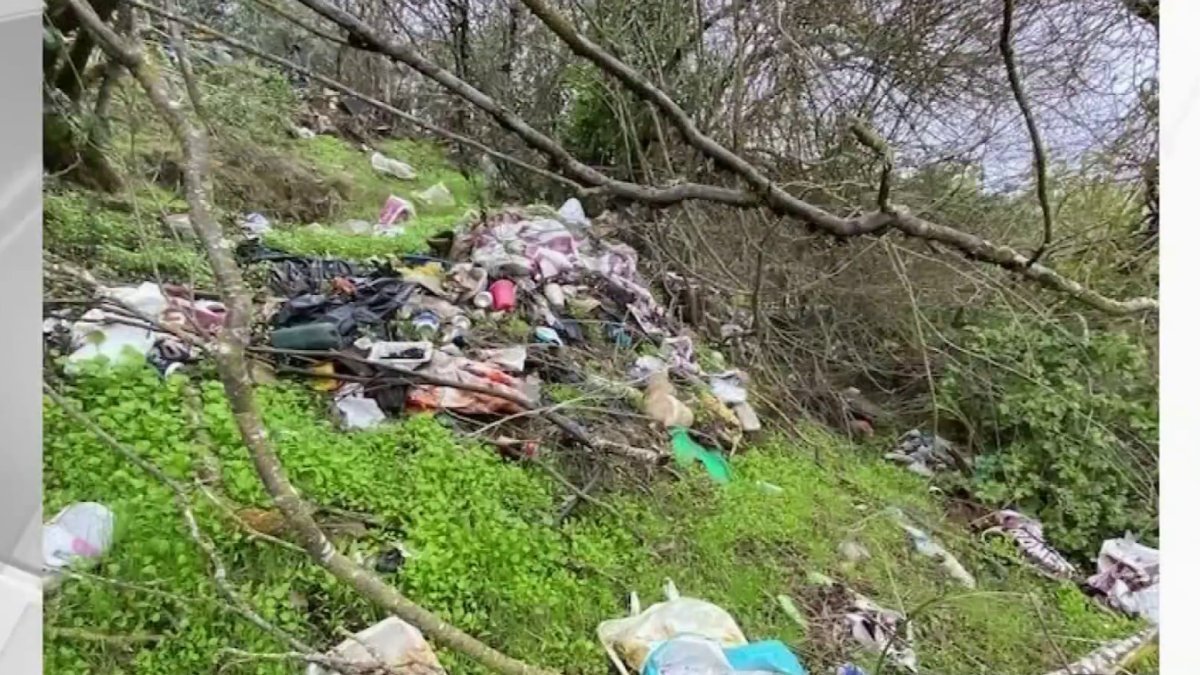 The Santa Clara County Sheriff’s Marijuana Eradication Team (MET) is wrapping up a series of raids on illegal pot grows this week. The team, along with state agencies, spent the summer raiding eight different grows — many run by crime cartels.

It’s legal to use pot in California, but it’s not legal to grow it on public land, park or on somebody’s private property without them knowing about it.

Generally, law enforcement says these illegal grows are the work of a crime cartel.

“They’re using somebody else’s water, doing damage to the environment, leaving a mess, and it’s not the legal kind of grow,” said Laurie Smith of the Sheriff’s Department.

On Wednesday, Santa Clara County’s MET returned to the scene of a recent raid, a hidden grow deep in the South Bay foothills on state land where the terrain is torn up.

Officers removed pipes designed to steal water from Berryessa Creek and cleaned up damage including numerous empty containers of pesticides — many banned in the U.S.

“The poisons that are being introduced into the marijuana growing site is probably causing the most permanent damage because of the effects on the wildlife,” said deputy Jessica Gabaldon.

One of the MET members, who asked not to be identified, agreed.

Despite removing hundreds of thousands of marijuana plants and cleaning up the environmental damage left behind, the MET unit faces another threat: budget cuts.

“So we won’t be able to do any more raids, any more arrests,” said Smith.

The MET unit expects to wrap up the post raid cleanups by Thursday, some sites will just be monitored until pesticides dissipate and then officers will find out during May budget hearings if they will return.