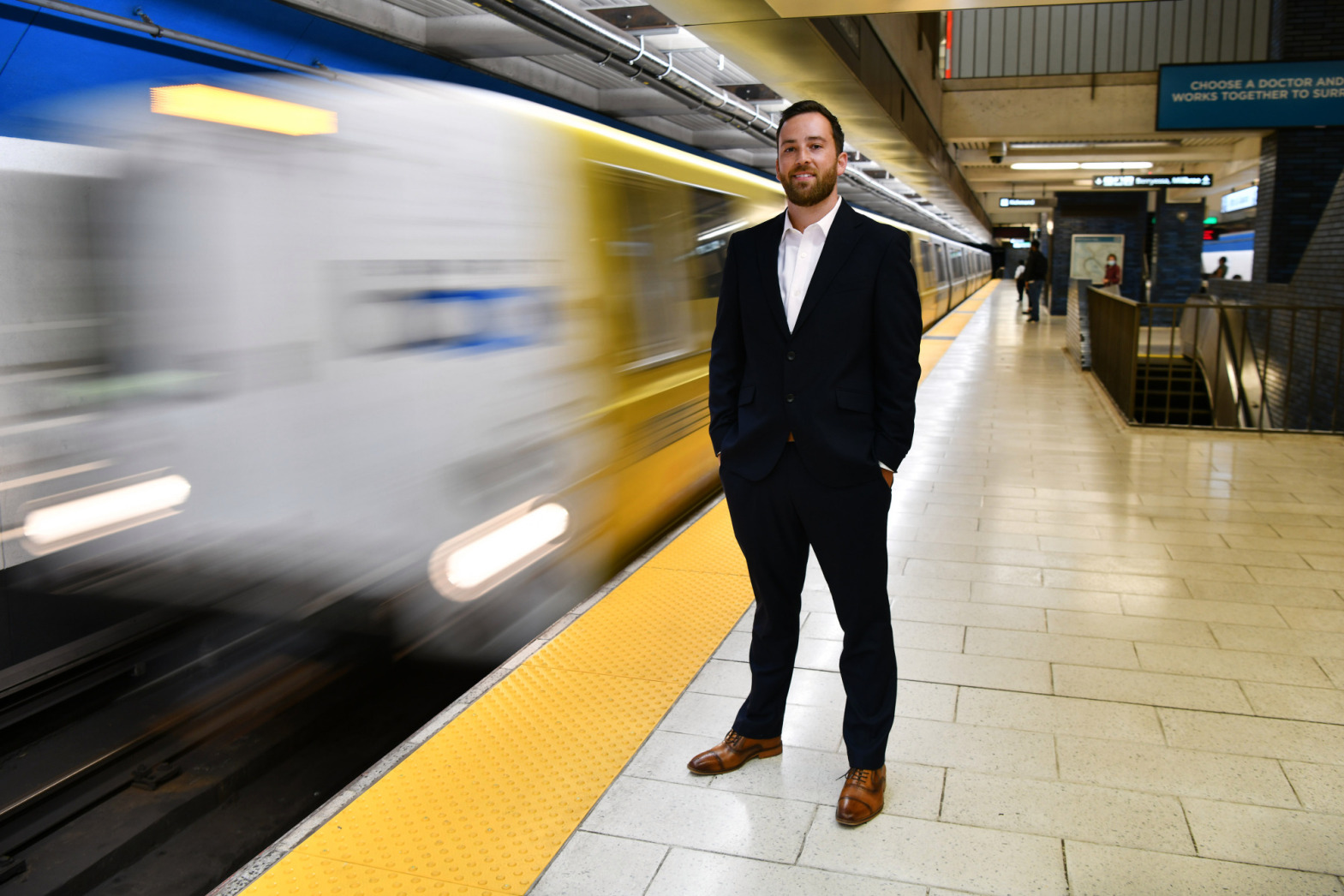 As the entire state grapples with a homelessness crisis made worse by the COVID pandemic, BART is trying a new strategy to address the hundreds of unhoused people seeking refuge on its trains and in and around its stations.

The transit agency is on the front lines, grappling with everything from people suffering mental health crises on BART platforms to encampment fires encroaching on tracks and disrupting train service. Now, BART is drafting a “Strategic Homeless Action Plan” to take a more proactive approach to the issue. The new initiative includes hiring 20 crisis intervention specialists, partnering with social service agencies to deliver resources to people in need, and improving the data BART collects on how the homelessness crisis impacts its system.

In charge of it all is Daniel Cooperman. Brought on in May to effectively serve as BART’s first-ever homelessness czar, Cooperman has a background in housing and human services — not trains. He hopes to lead BART in a compassionate and humane response to the crisis.

This interview has been lightly edited for length and clarity.

Q: What does this new role entail? I know this is a brand new role not just for you, but for the agency.

A: The title is senior manager of social service partnerships, and it’s really designed to bring a fresh look and perspective and someone with a similar background to myself to what we’re facing as a district. BART is reflective of the Bay Area, so homelessness is huge and we’re seeing hundreds and hundreds of unsheltered individuals every day. I think especially in light of the pandemic, with so many shelters closing and capacity being limited, BART has been the one constant that’s been open.

Q: BART obviously is a transportation agency, not a human services or housing organization. So why is it BART’s responsibility to tackle the homelessness crisis?

A: I think it was just too much to ignore at a certain point. The status quo wasn’t working. There are still so many pressing issues that we’re experiencing, our staff is experiencing, and our riders are experiencing. And so as more people are getting on BART every day as we sort of hopefully put COVID in the back view, it’s really important for us to have a strategic plan and actions behind that to address some of these issues. We’re not going to be the social service entity ever. But we need to know how to move to be able to guide the resources to BART and our riders.

Q: Tell me about the Strategic Homelessness Action Plan.

A: We’re developing it right now. We’re one of very few transit agencies that are tackling this head-on, so there’s not a lot to build off of. We’re really taking what our staff here at BART, whether it’s grounds crew, maintenance, all the different departments here and how they intersect with people, taking that data and then trying to develop the best plan to humanely serve every single person that comes into BART.

We recently opened up a progressive policing bureau which is in the process of hiring 20 transit ambassadors and 20 crisis intervention specialists. So they’ll be part of the police department’s non-sworn officers.

Q: What is the timeline for rolling out the plan?

A: I think we’ll definitely have something official by the end of this year. I’m aiming for the end of November to bring something to our board of directors and hopefully get approval.

Q: Tell me a bit more about the evolving role of BART police in all of this.

A: The creation of the progressive policing bureau is huge and monumental, being able to respond to calls where people are calling in and we don’t really need a police presence, what we need is someone who can go up and talk to someone. We’re going to have non-sworn police officers be able to respond to that. Folks who have a ton of experience in the human service world and can provide that connection to whatever service the subject might need — whether it’s a connection to a case management program, a housing program, whatever.

Q: What percentage of BART police calls are related to substance abuse, mental health crises and those types of issues?

A: It’s close to 50%. It’s extremely high. Just in terms of 5150s — people getting committed for a psych emergency — it’s astronomical. We’re seeing people who are getting released from institutions coming down when they’re not really ready to be released. People get a BART pass, and so then they’re at BART with nowhere to go.

Q: But how much can BART really do when the region lacks enough housing, shelter beds and other services to help everyone?

A: That’s something I’m grappling with every day. I think BART has a unique role where we’re trying to address this from the outside and leverage some of our resources and how we interconnect with five counties in the Bay Area.

How much BART can do, time will tell. But I think being an outside driving force and being a voice at the table is going to help.

Q: BART spent $16 million last year on quality-of-life issues, including responding to encampments, extra cleaning and beefing up security. What is the projected spending this year?

A: It will probably be something similar to that. We’re really trying to guide more of our resources to preventative work versus reactionary.

Q: If a BART rider comes across an unhoused person who needs help, what should they do?

A: We have the BART Watch app, so if you’re concerned about an individual you can anonymously from your phone write in. Hopefully, resources being available, we’ll be able to deploy someone to go see them soon.