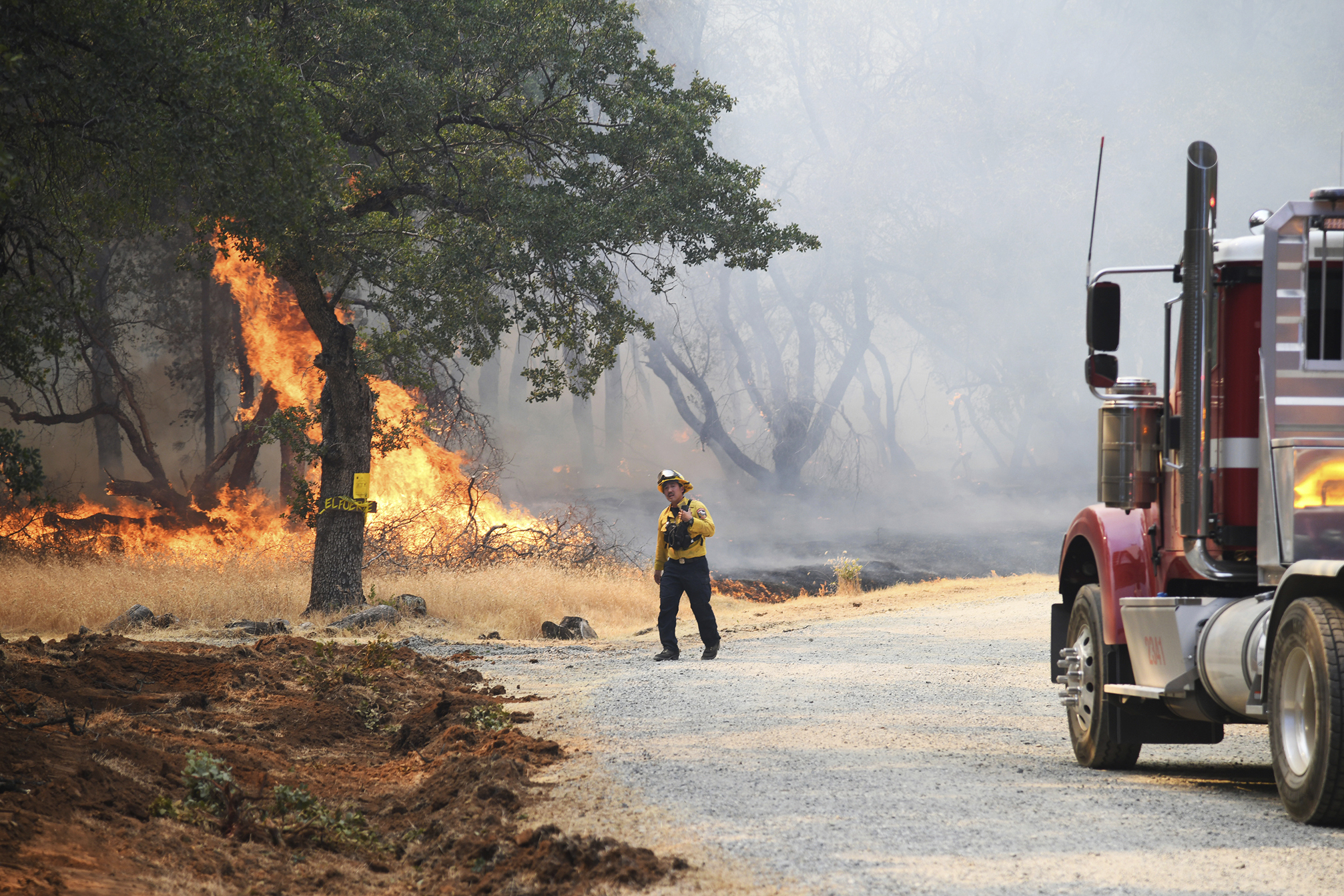 The blaze broke out around mid-afternoon in Shasta County, just south of Redding, according to the California Department of Forestry and Fire Protection, or Cal Fire.

Cal Fire reported Thursday night that 12 structures had been destroyed, though it was not immediately clear how many were residences.

Firefighters aggressively attacked the blaze from the ground and the air, Cal Fire said in a news release, and crews will work overnight to strengthen containment lines and mop up around structures.

An evacuation center was set up at a high school in Anderson, home to about 11,000 residents. Officials didn’t immediately say how many people were under evacuation orders.

Flames briefly threatened Tortoise Acres, a sanctuary dedicated to turtles and tortoises in Anderson, co-owner Katie Hoffman told the San Francisco Chronicle. Hoffman said she managed to evacuate with her horses before receiving word that the property was spared, with the only damage some singed fencing.

The cause of the Peter Fire was under investigation.

Meanwhile, California firefighters continued to battle a wildfire in Yosemite National Park. The blaze on the western flank of the Sierra Nevada had scorched about 6.8 square miles (17.6 square kilometers) but was 23% contained as of Thursday, according to an incident update.

The Washburn Fire had threatened a grove of giant sequoias before starting to burn eastward into the Sierra National Forest on Wednesday.