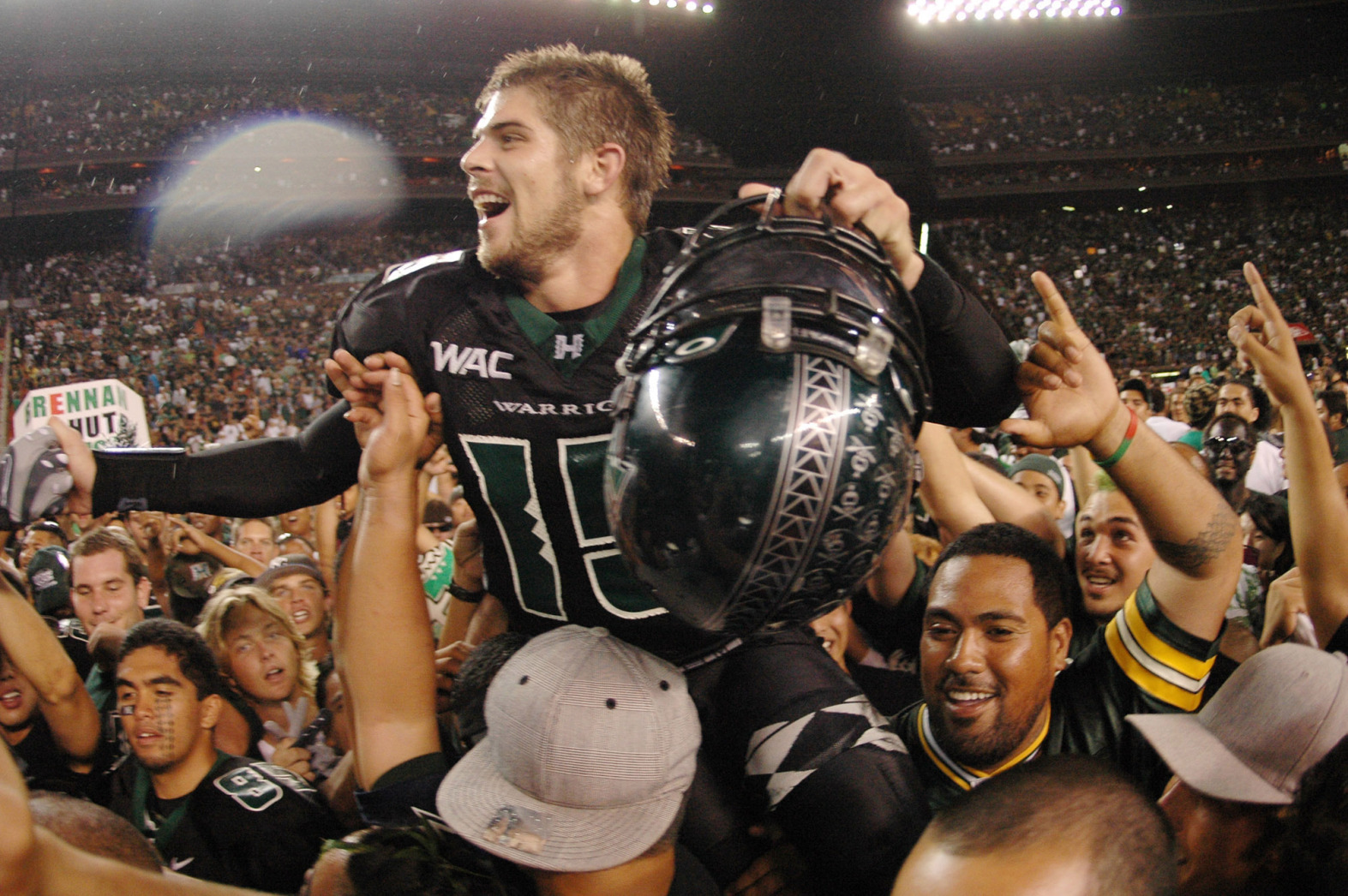 After spending nearly $200,000 trying to free him from the tyrannous grip of addiction, Juli Shamash’s son, Tyler, died in 2018 of an overdose in the bathroom of a sober living home right around the corner from her house. He was 19.

“They don’t’ teach you this in ‘Mommy and Me,’ ” Shamash said. “You have no clue where to start, what to do, when your child is an addict. Which programs are good? Which are bad? I’m a researcher, it’s what I do. I looked up everything I could, but you’re blind. You just don’t know.”

After years of study, a first-of-its-kind coalition of more than 50 groups — including the California Hospital Association, California Medical Association, county health directors, public safety officials and family-based organizations — intends to change that. The Behavioral Health Action’s new Blueprint for Behavioral Health offers a new path forward for addiction treatment and much more. The need for a new approach can be seen in public parks, under freeway overpasses and even in sober living homes.

How did Tyler get the money to buy the drugs that killed him? A “friend” brokered him to a program in Laguna Hills that accepted Tyler’s insurance — and received $2,000 for his troubles, Shamash said. Being a “friend,” he split the money with Tyler.

Tragedy has provided a most unwelcome clarity. “What I’ve learned is that the better places aren’t these private programs,” she said. “It’s the public programs that take MediCal for low-income people where you get better care.

Coalition members want everyone to know that, and they waste no words in saying so.

“If you’re in the public behavioral health system because you don’t have insurance, or you’re in Medicaid, you have a better chance of getting recovery-based treatment than you do in a private program.”

The Blueprint aims to “flip the triangle” on how California invests in mental health, which includes addiction treatment.

Right now, the bulk of mental health spending is funneled to acute care — helping patients after a crisis has already happened. Instead, the coalition wants spending concentrated on prevention and education, to stop cases from becoming acute to begin with.

It also calls for measurable outcomes for mental health programs so it’s clear what works, what doesn’t and whether we’re making progress toward goals — an idea that has historically met fierce resistance from mental health care providers — as well as greater transparency for consumers in search of help, like Shamash.

“We have to do better in the state of California,” said Carmela Coyle, BHA co-chair and president & CEO of the California Hospital Association. “We are offering a new and better path forward.”

A big part of that is filling the fracture between the mental health and physical health care systems, which are largely divorced from one another.

In just the latest example of something gone terribly awry, former Mater Dei High and Saddleback College quarterback Colt Brennan died early Tuesday morning, May 11, at age 37, of what appears to be an overdose.

Brennan, who starred at the University of Hawaii and had a brief NFL career, struggled with substance use. Prior to his death he spent months at a private treatment center in Costa Mesa. Last week, he wound up at his parents’ home in Orange County, appearing intoxicated. His father took him to a hospital emergency room, where Brennan was apparently stabilized and, because he was an adult, was released without the family being notified. He then apparently went to a hotel, ingested something with fentanyl, and never regained consciousness, his father said.

“We do not have a process for involuntary treatment for substance use disorders no matter how severe,” said Aimee Moulin, behavioral health director for the UC Davis Medical Center’s emergency department and a director at CA Bridge. “For mental illness, we can treat someone against their will if they meet certain criteria. There is a lot of overlap between overdose and suicidality that is under-appreciated.

What happened in the ER, and what should have happened, aren’t clear, but experts suggest different rules in the mental health care system might have changed Brennan’s tragic outcome.

“You’d never turn someone away who’s having a heart attack and needs services. That never would happen if someone showed up with a broken arm. You’d get it fixed.”

A lot of the problems stem from how mental health services are funded, she said. “We have to make sure public and private systems work together in the same way as they would when someone has a physical ailment.”

State Sen. Pat Bates, R-Laguna Niguel, was once a social worker. She saw the devastation wrought by mental illness and addiction up close, long before she started pushing for reforms to California’s addiction treatment system in the Legislature. This blueprint, she said, takes steps in the right direction.

“Inverting the triangle — that’s critical,” Bates said. “We’ve been investing in education and prevention for years — but we need to do something differently.

“With fentanyl in everything, it needs to be seen as a poison, a step into the abyss of despair and early lives lost,” she added.

A key will be educating parents to recognize the signs of potential mental illnesses while their children are still young, and mobilizing entire community networks — schools, legislators, community leaders — into the effort. “We can make a difference,” Bates said. “I’m convinced of that.”

Half of all cases of mental illness begin by age 14, and 75% by age 24, the Blueprint says. It calls for far more early, individual screenings for risk signs and trauma — which often precede mental illness and substance abuse — as well as active engagement of their parents and caregivers and careful case management to get people the help they need and avoid crisis.

Those are all good ideas, said Laurie Girand of Advocates for Responsible Treatment in San Juan Capistrano. Prevention is clearly better than treatment, and involving families in the process — privacy laws often make that very difficult — is vitally important.

But Girand has been pushing for better quality control, oversight and enforcement for private treatment programs in California for years, and doesn’t see those issues tackled here.

There’s much talk about not having enough beds to treat addiction, but the elephant in the room is, how many of the people coming to California for treatment are actually from here? Private programs have been paying people from other states to come for treatment in California — so the programs can bill their insurance companies — and no one has attempted to quantify that.

“Addicts are vulnerable to predation,” Girand said. “There’s really nothing in here about that.”

The Blueprint’s backers say the details are for policymakers to work out — they’re just trying to construct the guardrails “at a time when California faces a behavioral health ‘tsunami’ due to the impacts of the COVID-19 global pandemic.”

Early data suggests the nation’s drug crisis spiraled during the pandemic. Nearly 90,000 Americans died of drug overdoses over the 12-month period ending in October, according to data from the Centers for Disease Control — an increase of 30% from the previous year.

And in California, the response to that crisis — before and as we exit the pandemic — has been chaotic. Mental health (including addiction treatment) challenges are usually handled one county at a time, often resulting in 58 different approaches, varying quality and inconsistent offerings from one county to another. This, the coalition said, requires a comprehensive statewide fix.

Shamash’s son Tyler was a super-bright kid who was fascinated with electronics, always inventing things, fixing whatever was broken. Now, Shamash is trying to spin something good out of her family’s tragedy. She founded WE ARE M.A.D. (MomsAgainstDrugs) to serve grieving parents and families through advocacy, honor lost loved ones, spread awareness, stop the stigma and propel a paradigm shift in society’s view of addiction. A story told, she said, is a life saved.

In addition to setting quality standards, increasing transparency and understanding the differences between public and private treatment programs, Shamash’s reform wish list would make sure all hospitals test any potential overdose victim for fentanyl. Such a test might not have saved her son, but perhaps it could save others.

“There’s no consistent standard of care,” Shamash said. “Something isn’t working. The system needs to change.”