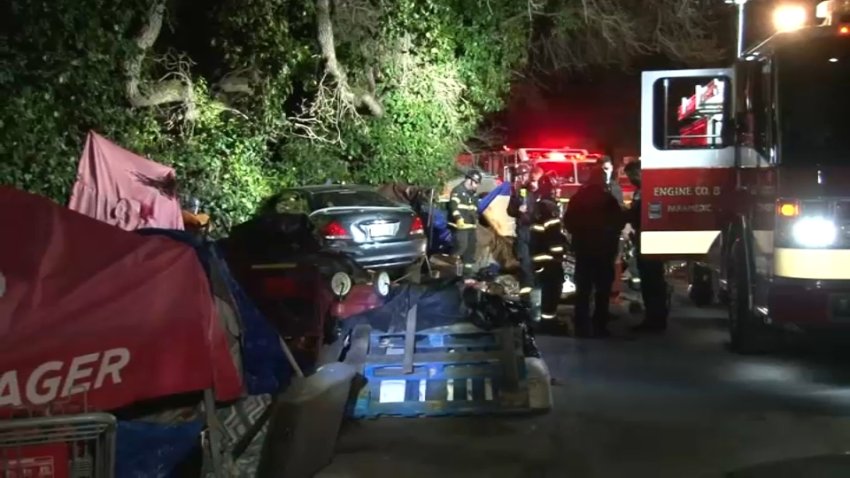 A woman died after a vehicle ran over her Tuesday night in Santa Rosa in a crash that may have been intentional.

The Santa Rosa Police Department is searching for the driver, who fled on foot, and is investigating whether the crash was intentional or accidental.

Police and firefighters responded to a 9:48 p.m. call of a vehicle collision that followed an argument and possibly a shooting in the area of Roberts Avenue and Sebastopol Road.

When officers arrived, they found a woman underneath a vehicle that had run over her and a tent on the east side of Roberts Avenue. Santa Rosa firefighters worked to remove the woman from under the vehicle, but she was pronounced dead at the scene.

Police were working Tuesday night to determine the identify of the victim.

Witnesses told police that while there was no shooting involved, two men had been involved in an argument and one of them got into a vehicle and drove south on Roberts Avenue, before crossing over the eastbound lanes and into the woman who was in front of a tent.

The other man involved in the argument that preceded the crash was transported to a local hospital and is expected to survive his injuries.

Anyone who witnessed the incident or has information that would assist with the investigation is encouraged to contact Santa Rosa police through the online Tip Line: www.srcity.org/CrimeTips.