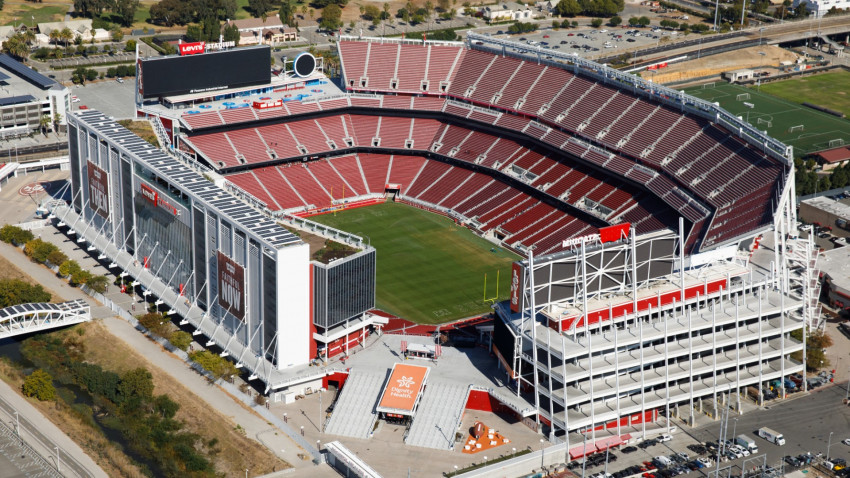 Football fans for a brief moment on Tuesday though they may be able to return to Levi’s Stadium to watch a 49ers game in person.

But Santa Clara County quickly rejected that idea, making it clear it will be taking a slower approach shortly after California laid out reopening guidelines for outdoor professional sporting events and theme parks.

County officials said a move to allow audiences at sporting events is too risky.

Earlier in the day, the state released guidelines saying that outdoor professional sporting events with fans could resume in Tier 3 (orange/moderate) counties at 20% capacity and in Tier 4 (yellow/minimal) counties at 25% capacity. Santa Clara County is currently in Tier 3.

The 49ers issued a statement included in a tweet applauding the state’s decision, but the team did not comment after the county said fans would not be allowed into Levi’s Stadium.

Michelle Coral is disappointed in the county’s decision and was hpoing to bring her son to a game this year.

“They got everyone all excited and then they say it can’t happen — it’s horrible,” Coral said. “I think we would all be fine. I want to take my son to see a game.”

“No question this is dangerous,” Smith said. “We’re just beginning to see the light. We definitely don’t want to go backwards.”

Reopening guidelines for theme parks have been separated into two categories: one for larger parks and one for smaller operations.