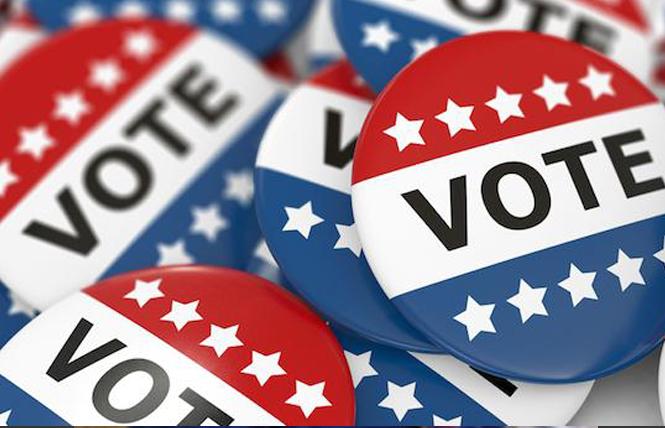 One of the hotly debated topics of Thursday’s presidential debate had to do with Iran and Russia, after the FBI said that foreign operatives used stolen voter registration data to intimidate Democratic voters.

Federal officials said the foreign operatives sent emails filled with disinformation to try to confuse and scare voters while posing as far-right extremists threatening to hurt Democratic voters if they didn’t vote for President Trump.

In Silicon Valley, cyber security company Proofpoint is already tracking the threat, which it calls an attempt to sway your vote with disinformation.

Election officials will start counting those votes on Election Day and will continue until 17 days after the election or until they’re done, whichever comes first.

We will be talking with voters about issues such as voting during a pandemic, election integrity and voter trends among women, minorities, young voters and conservative voters.

On Friday, the kickoff question was: Why do you vote? Here are some responses from around the Bay Area:

Katja Younes of San Francisco: “I think it’s important every year, but we feel the intensity of it more this year.”

Omar Maklaf of Livermore: “I think this time right now is unlike any other time before, so I think it’s important to vote.”

Emily Adams Piper of San Mateo County: “I feel particularly passionate about the president, but generally I always vote.”

Kyle Perry of Redwood City: “Who we put in office should represent us and our morals and what we expect from our government.”

Chris Young of Napa: “We hold the power no matter what people think.”

There’s still plenty of time to plan your vote. Here are some tips: