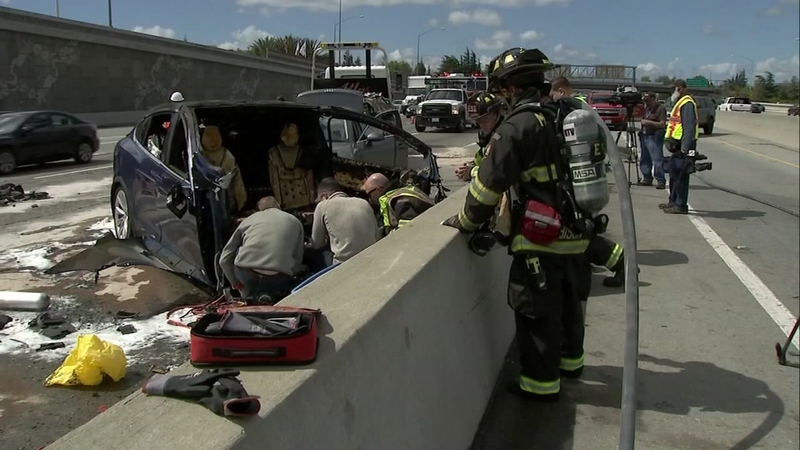 Tesla has warned drivers using Autopilot, that the cars can’t drive themselves”, therefore drivers must be ready to intervene at all times.

The U.S. government’s road safety agency has dispatched a team to investigate the possibility that a Tesla involved in a Newport Beach crash that killed three people was operating on a partially automated driving system.

The National Highway Traffic Safety Administration on Wednesday confirmed it had sent a special crash investigation team to probe the May 12 crash on the Pacific Coast Highway.

The investigation is part of a larger inquiry by the agency into crashes involving advanced driver assistance systems such as Tesla’s Autopilot. Since 2016, the agency has sent teams to 34 crashes in which the systems were either in use or suspected of operating. Of the 34, 28 involved Teslas, according to an NHTSA document released Wednesday.

Fifteen people died in the crashes that NHTSA is investigating, and at least 15 more were hurt. Of the deaths, 14 occurred in crashes involving Teslas, the documents say.

In addition to the specific crashes, NHTSA has investigations under way into Teslas on Autopilot crashing into emergency vehicles parked along roadways, as well as a probe into Autopilot braking for no apparent reason.

Last June NHTSA ordered automakers to report any crashes on public roads involving fully autonomous vehicles or those with partially automated driver-assist systems. The partially automated systems can keep a vehicle centered in its lane and a safe distance from vehicles in front of it. NHTSA says the data can show if there are common patterns in crashes involving the systems.

A message was left Wednesday seeking comment from Tesla, which is headquartered in Austin, Texas. NHTSA wouldn’t comment beyond release of the document.