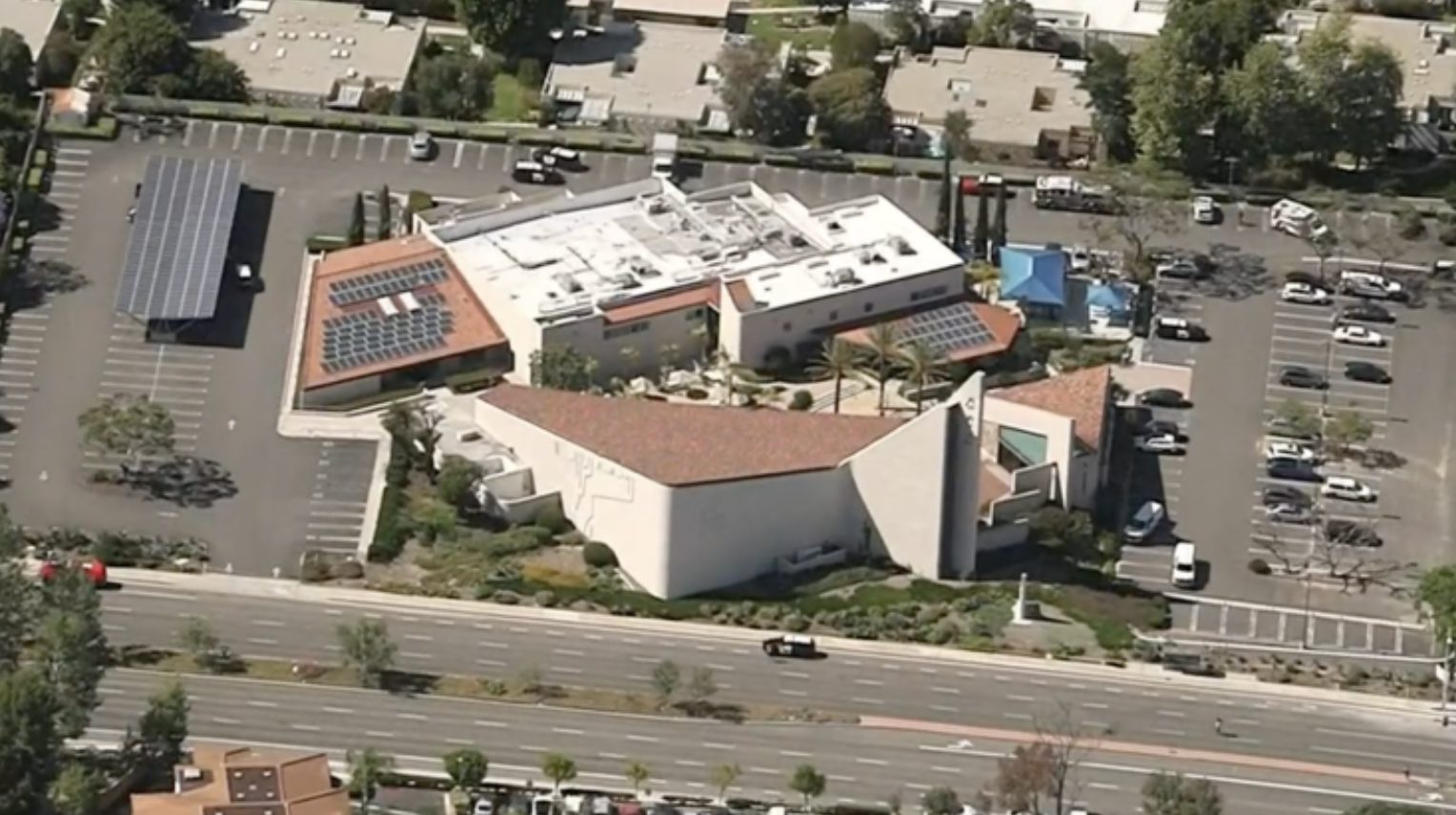 Authorities identified the gunman suspected of opening fire inside an Orange County church, killing one and injuring five, in what investigators described as a politically motived hate incident.

In a tweet Monday morning, the Orange County Sheriff’s Department said David Chou was arrested and booked on one felony count of murder and five felony counts of attempted murder. Later Monday, the Orange County District Attorney said Chou will face one count of murder with the use of a gun, special circumstances of “lying in wait,” five counts of attempted murder, and four counts of unlawful possession of explosives.

Jail records indicated the suspect was due for a first court appearance on Tuesday. He is being held on $1 million bond.

As for a motive, investigators said Monday that evidence suggests Chou, a Chinese immigrant, held a grievance involving the Taiwanese community. China claims Taiwan is a part of its national territory and has not ruled out force to bring the island under its rule.

Details about the nature of his grievance were not immediately available.

“This was a politically motivated hate incident, a grievance that this individual had between himself and the Taiwanese community,” said Orange County Sheriff Don Barnes at a noon news conference. “It is believe the suspect was upset about political tensions between China and Taiwan.”

Why the shooter targeted the church is not clear, Barnes said, adding that he might have believed it to be the closest to his home in Las Vegas.

One person was killed and five were injured in the shooting early Sunday afternoon at Geneva Presbyterian Church in the city of Laguna Woods.

The deceased victim was identified Monday at a news conference as Dr. John Cheng, 52. Dr. Cheng is survived by a wife and two children.

“Dr. Cheng is a hero in this incident,” Barnes said, adding that he charged the gunman, which allowed other congregants to intervene.

Cheng was shot after confronting the attacker, Barnes said.

The five wounded victims were identified only as four men, ages 66, 92, 82 and 75, and an 86-year-old woman. The conditions of two hospitalized victims were upgraded to good Monday.

The tragedy could have been worse had it not been for the quick actions of people gathered in the church for a lunch that followed a morning service, the sheriff’s department said.

“We believe a group of churchgoers detained him, and hogtied his legs with an extension cord, and confiscated at least two weapons from him,” said Orange County Undersheriff Jeff Hallock. “That group of churchgoers displayed what we believe is exceptional heroism and bravery in intervening to stop the suspect. They undoubtedly prevented additional injuries and fatalities.”

Between 30 and 40 people were at the church. It was not immediately clear how many people stepped in to stop the shooter.

The man had earlier walked into the church and appeared to be carrying newspapers. Witnesses say he then began locking the doors, and moments later, the first shots were fired, Councilwoman Peggy Huang, who grew up in the Geneva Presbyterian Church community, said after speaking with witnesses.

Members greeted the man and welcomed him before the violence erupted, the Los Angeles Times reported.

The suspected shooter drove to Orange County on Saturday, Barnes said. He was not a regular attendee of the church and has no known ties with the congregation.

Barnes said the suspect used a chain to lock doors and tried to glue the locks shut. Additional ammunition and Molotov cocktail-like items were found in bags in the church, the sheriff said.

Authorities said the suspect lawfully purchased the firearms in Nevada.