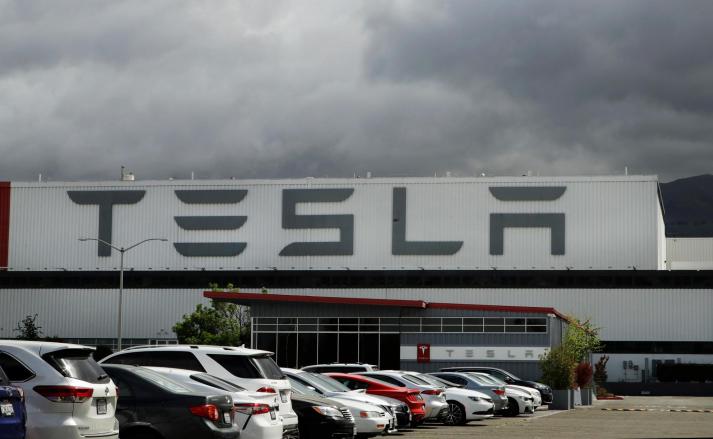 Tesla Inc.’s female employees face “rampant sexual harassment,” according to a lawsuit by a woman who works in the electric carmaker’s Fremont, California, factory.

Jessica Barraza, 38, said in a complaint filed Thursday in state court in Oakland that she experienced “nightmarish” conditions as a night-shift worker at Tesla, with co-workers and supervisors making lewd comments and gestures to her and other women multiple times a week. When she complained to supervisors and human resources, they failed to take action, Barraza says.

She suffers from panic attacks as a result of three years of such behavior and “is afraid to return to work knowing that her body could be violated at any time with no repercussions,” the complaint says. “She is on medication and in therapy, and she is not the same person she used to be.”

Tesla didn’t immediately respond to a request for comment. Barraza’s suit was reported earlier by The Washington Post.

The case comes as Tesla is already facing a staggering $137 million verdict in favor of another worker who said he experienced pervasive racism at the Fremont factory. Tesla is now appealing that award.

A juror in that case told Bloomberg News that the panel hoped to prod Tesla executives to “take the most basic preventative measures and precautions they neglected to take as a large corporation to protect any employee within their factory.”

Tesla has been dogged by allegations of discrimination at its Fremont plant for years, but most employees are bound by arbitration agreements that keep most complaints confidential.

In 2020, 31 complaints were filed with California’s Department of Fair Employment and Housing alleging discrimination at Tesla on the basis of race, age, gender expression, disability and pregnancy, according to data obtained from public records. The state agency issued right-to-sue letters in a majority of the cases; a handful were closed with insufficient evidence.