University of California Reaches Tentative Deal With Some Striking Workers 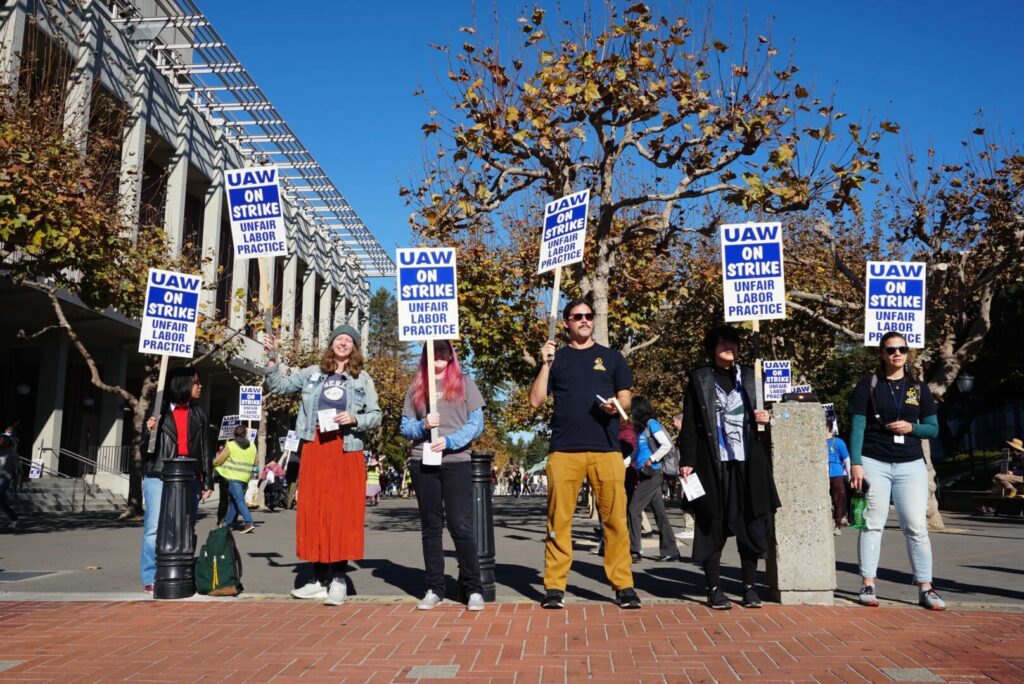 A tentative agreement has been reached between the University of California and some of its striking workers.

UAW Local 5810, which represents over 11,000 postdoctoral scholars and academic researchers at the University of California and Lawrence Berkeley National Laboratory, on Tuesday said a tentative agreement has been reached, but workers will remain on strike until members ratify the new deal.

“We are proud to have reached agreements that address the soaring cost of living, and reflect the value of our contributions at UC,” UAW Local 5810 President Neal Sweeney said in a statement. “These agreements represent a new, best-in-class model that will improve quality of life – and the quality of research – for scientists across the US. It is now time for UC to make serious proposals to Academic Student Employees and Student Researchers and to reach fair agreements that recognize the contributions these workers make.”

The agreement includes wage increases of 20% or more, as well as childcare subsidies and other improvements for international scholars — a win post doc scholars hope sets a new standard across the country.

“I think it is going to help retain this top talent,” said Olivia Gunther, a UC Berkeley postdoctoral scholar. “This contract language that we have created I think is going to make the best minds in the country feel a lot more confident coming to a UC and feel like there is actual support there.”

The University of California is still negotiating with two other groups still on strike and provided the following statement:

“Our dedicated colleagues are vital to UC’s research activities and we are very pleased to have reached agreements that honor their many important contributions,” Letitia Silas, UC’s executive director of systemwide labor relations, said in a statement. “These agreements also uphold our tradition of supporting these employees with compensation and benefits packages that are among the best in the country.”

Thousands of workers at all 10 UC campuses first walked out on the job on Nov. 14 and called for better pay and benefits.