Why the Bay Area can’t get big transportation projects right 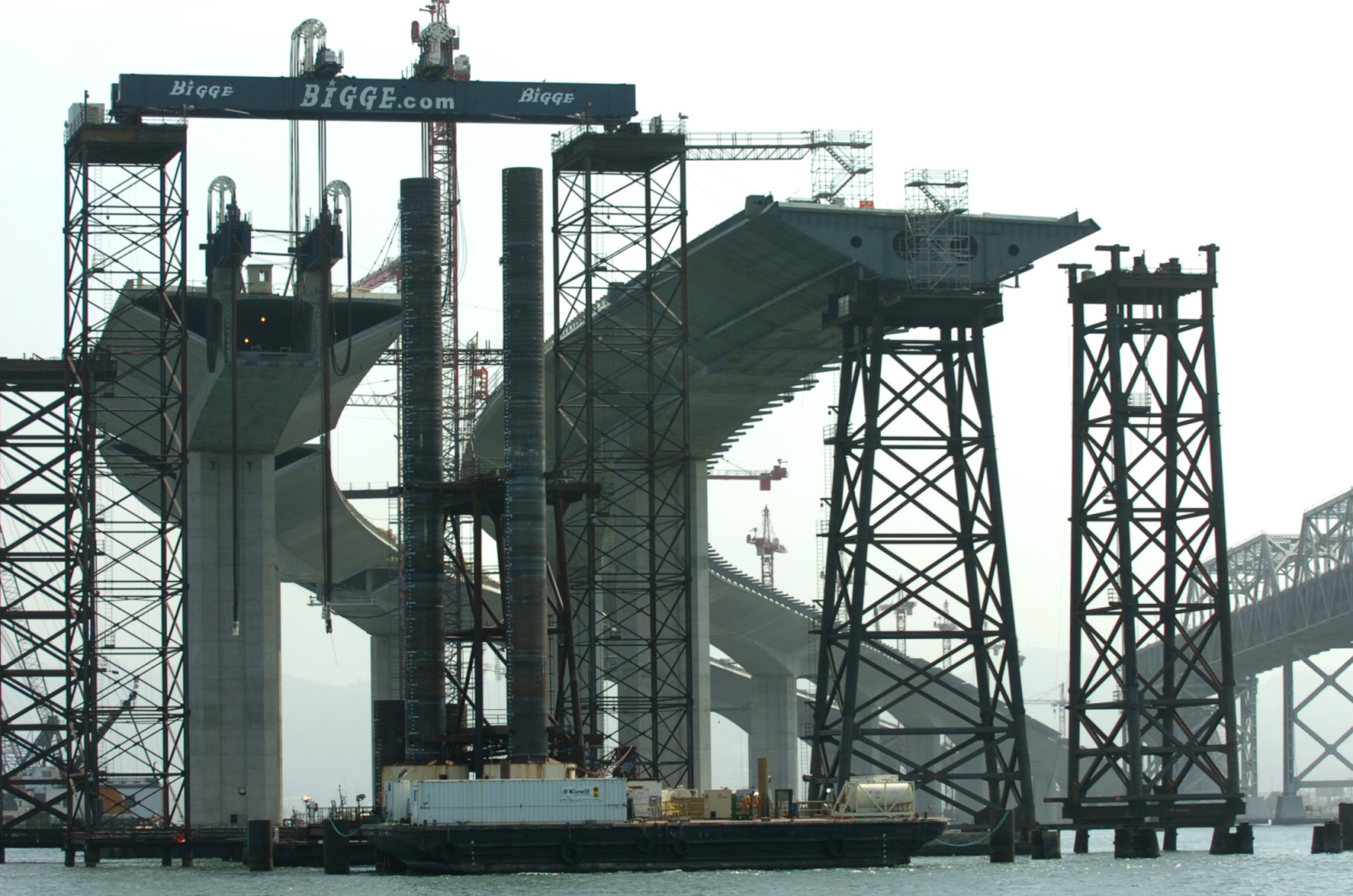 When it comes to building big transportation projects on time and on budget, the Bay Area has a miserable track record.

In 1998, Caltrans estimated that a new eastern span of the Bay Bridge would cost $1.4 billion and take four years to build. The actual cost was $6.4 billion; plagued by design controversies, brittle steel rods and more, the project lasted 11 years.

The Transbay Transit Center in downtown San Francisco cost nearly twice as much as its initial budget and opened two years behind schedule — then had to close for another nine months to repair cracked steel beams that were not built to code.

Construction has not yet begun on the project extending BART service through downtown San Jose, but its price tag has risen twice over the last three years, to $6.9 billion, while its projected opening date has slipped by three to four years.

And earlier this month, Caltrain officials announced their work to electrify the railroad’s Peninsula corridor would take two years longer than expected at an extra cost of more than $300 million.

Now, with lawmakers in Washington announcing a deal for a huge increase in federal infrastructure spending, and officials in the Bay Area eyeing the next big round of “mega-projects” — including a second transbay BART tube, the extension of Caltrain service into downtown San Francisco and a long list of other plans that by one estimate could total $100 billion — there is mounting pressure to get our act together.

SPUR and the Bay Area Council, a business group, have each released proposals in recent months that aim to speed up construction and present a more accurate sense of what projects will cost. Gwen Litvak, the council’s senior vice president of public policy, said reforms will be necessary if Bay Area leaders want the public to support future projects.

“Voters are smart — they remember if you said this was going to get done in five years and it’s taken 15,” Litvak said.

The high cost of transportation projects is not unique to the Bay Area. It’s a nationwide problem, with the United States frequently spending far more per mile of new subway construction, for instance, than other countries around the world.

“Not a whole lot of places anywhere are doing big things well,” said Randy Rentschler, a spokesman for the Metropolitan Transportation Commission.

“But,” Rentschler added, “the Bay Area is doing it worse.”

Take the six-mile, four-station South Bay BART extension, for instance. The design for its 4.7-mile tunnel beneath downtown San Jose is based on a construction method pioneered in Barcelona that was meant to lower costs and minimize disruptions at street level during construction.

The Spanish project cost less than $250 million per mile, according to SPUR. The BART extension is set to cost well over $1 billion per mile.

The extension also illustrates what Tolkoff and Rentschler say is a key challenge that makes building in the Bay Area especially tough: the fragmentation of a nine-county, 101-city region with more than two-dozen public transportation agencies, which means projects often face scrutiny from multiple layers of government.

The San Jose subway is being built by one transit agency, the Santa Clara Valley Transportation Authority, but will be operated by another, BART, which has led to years of wrangling between the two over project plans.

That dynamic also limits our ability to learn from experience.

“Every project is really prone to ‘first-timer’ mistakes,” Tolkoff said.

Right now, construction crews are finishing work on San Francisco’s delayed and over budget Central Subway to bring rail service from the Caltrain station south of Market to Chinatown. In the coming years, construction will start on the South Bay BART extension.

Sometime after that, crews will extend rail lines through downtown San Francisco to the basement of the Transbay Transit Center, and BART hopes to build its second transbay tube.

Each is a massive, complicated and expensive undertaking. And each is being managed by a different agency that has never built anything of such scale or difficulty before.

Rentschler noted that’s different in Chicago, for instance, where a single agency oversees a sprawling network of train and bus lines. The Chicago Transit Authority is now at work on a $2.1 billion modernization of train lines on the city’s north side, the first piece of which is set to be completed on time later this year.

Tolkoff and Litvak zeroed in on similar solutions to our building woes.

SPUR has proposed creating a new entity, called Infrastructure Bay Area, that would be responsible for planning and executing big projects all over the region. The Bay Area Council recommends launching a regional agency made up of engineers and economists who could evaluate projects and come up with independent estimates for how much they will cost — the infrastructure equivalent of the Congressional Budget Office.

A more experienced infrastructure agency would be less susceptible to “optimism bias,” Tolkoff said, describing the tendency of less-experienced planners to underestimate the costs and risks of big projects. When unexpected problems arise during construction or planning, which they invariably do, the public gets frustrated as schedules slip and the price tag rises.

“When you have an agency that has done these projects again and again, they are able to provide a reality check,” Tolkoff said, “and set more realistic expectations.”

Both groups also called for improving the process for selecting the construction firms that build big projects, which Litvak said “is the reason that a lot of these projects go off-track.”

Procurement laws require agencies to pick the lowest responsible bidder on a project. But Litvak said the criteria should be broadened to include factors like the risks in each bidder’s plans or what they would mean for future maintenance costs, rather than “just competing to the bottom.”

And to address another factor that makes building in the Bay Area difficult, SPUR wants to streamline reviews under the California Environmental Quality Act for mass-transit projects, saying the law can ironically hold up construction of bus and rail infrastructure that would reduce greenhouse gas emissions.

In the public transportation world, there are signs the people in charge of these projects are listening.

A task force of transit agencies formed to help the Bay Area bounce back from the pandemic and create a more seamless public transportation system is considering the creation of a region-wide “network manager” that could take on jobs like creating consistent maps, syncing schedules, simplifying fares and, perhaps, planning and delivering mega-projects. A consultant hired by the task force is set to study those ideas over the coming months.

Big infrastructure projects are incredibly difficult to pull off, Litvak and Tolkoff warned, so none of the ideas for improving them in the Bay Area are likely to be a silver bullet. But we need to get better at building them if we want to create a better transportation network than the traffic-choked one we have now.

“We’re still going to have projects that take a long time,” Litvak said. “The goal is to be a lot more efficient.”