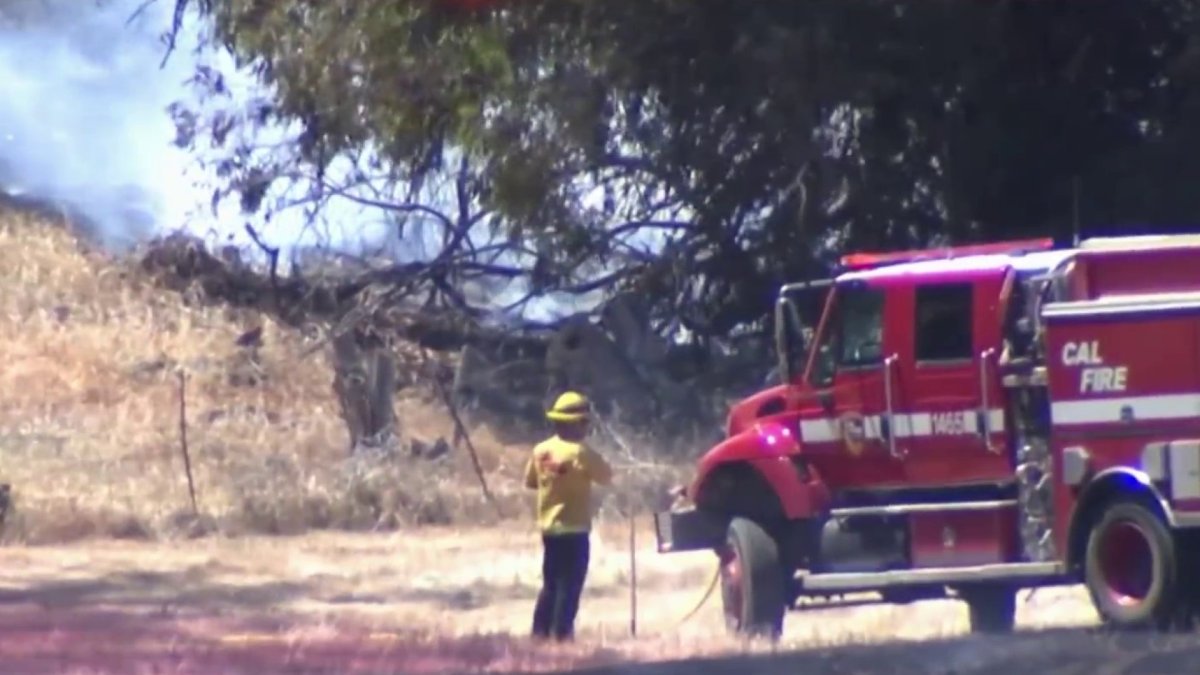 Firefighters around the region battled wildfires all day Saturday, starting less than 12 hours after the National Weather Service issued Red Flag Warnings for much of Northern California, including the North and East Bay hills.

In the Bay Area, a wildfire started in Saturday morning in Solano County between Cordelia and Benicia near Interstate 680 and Lopes Road. At least nine firefighting agencies were called to the scene.

The fire was contained at approximately 45 acres by 3:33 p.m., according to the Solano County Office of Emergency Services.

At 12:42 p.m., Cal Fire Santa Clara Unit reported responding to vegetation fires in Pittsburg and Alamo in Contra Costa County and assisting with the Lopes Fire in Solano County.

Around 12:55 p.m., Cal Fire SCU said units had also responded to a vehicle fire that extended to vegetation on Highway 17 near Summit Road in the Santa Cruz Mountains in Santa Clara County. At 1:11 p.m., forward progress of the fire had been stopped at under an acre, officials said. Also in Santa Clara County, San Jose Fire Department reported that a 2-acre brush fire at Los Lagos Golf Course was under control by 4:55 p.m., with no injuries or evacuations.

Outside the Bay Area, much larger wildfires raged through the afternoon. The Gunnison Fire was first reported as a 30-acre vegetation fire in Butte County off Meridian Road north of Chico around 2 p.m. Saturday, according to the Butte County Fire Department. At 2:35 p.m., the Butte County Sheriff’s Office ordered residents in the area of Gunnison Way, Trinidad Drive and Denver Lane to evacuate.

Because of windy conditions, Cal Fire reported around 3 p.m. the Gunnison Fire was up to 100 acres off Munjar and Meridian roads northwest of Chico. Shortly after, the Butte County Sheriff’s Office ordered residents around that intersection to evacuate.

The sheriff’s office lifted all remaining evacuation orders at 5:30 p.m. The Butte County Fire Department stated on Twitter at 6:34 p.m. that GPS had mapped the fire at 549.78 acres and that it was 60% contained. At 9:58 p.m., Cal Fire reported the wildfire was 100% contained.

Another wildfire was reported in Calaveras County Saturday afternoon. At 4:31 p.m., Cal Fire posted on Twitter that the Granite Fire off Milton and Rock Creek roads south of Jenny Lind was at 50 acres. At 5:30 p.m., it was up to 118 acres and 50% contained, and by 9:37 p.m., it was 100% percent contained, according to Cal Fire.