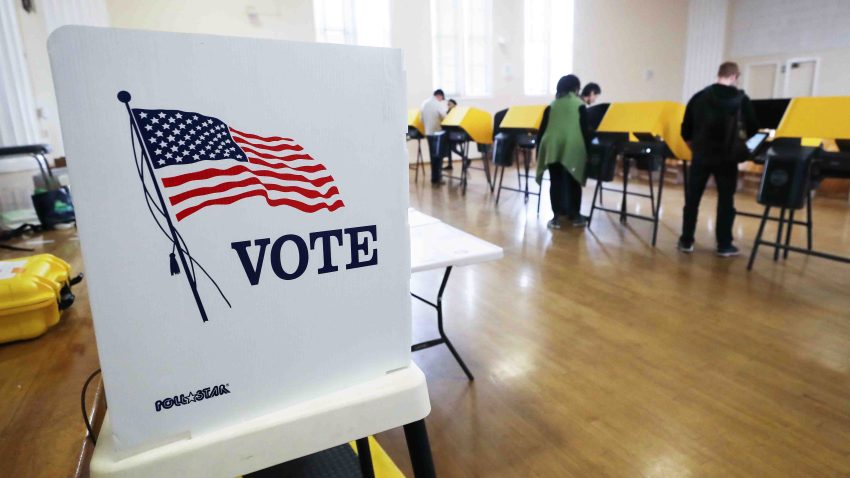 Early voting in California began Monday and a pair of propositions on the Nov, 3 ballot would expand voting rights in California — restoring the vote for some felons and allowing 17-year-olds to vote in primaries if they turn 18 before the general election.

Currently, California felons who have completed their state or federal prison sentences are denied the right to vote until they finish their parole. Proposition 17 would amend the state constitution to give the vote to an estimated 50,000 people who supporters say have paid their debt to society and should be able to choose their representatives and shape the policies that affect their daily lives.

Among Prop 17′s opponents is Republican state Sen. Jim Nielsen, who says restoring rights early to felons is a slap in the face to their victims, who should have the assurance that criminals are punished fully.

“The victims cannot so blithely put the crimes behind them,” Nielsen said. “The rest of society deserves to know that the just consequences of the sentence has been duly served. And that does include serving a parole period.”

John Windham, who’s on parole after serving 30 years behind bars for second-degree murder, insists that parole should not be punitive.

“The punitive part of my sentence ended when I walked out of prison,” Windham said. “Parole is to help me reintegrate into society.”

Windham, 51, said he’s committed to making amends for mistakes he made when he was 19. That includes becoming civically engaged within his community in Sacramento by voting on the issues that matter to him.

“I pay my taxes. If you’re going to take my check, I’m going to need to represent myself. You’re saying I’m at the table, but right now I don’t have a voice,” he said.

The advocacy group Yes On 17 says research has found that felons are less likely to re-engage in criminal activity if they “feel that they are valued members of their community, and that their voices matter and concerns are addressed.”

In addition, advocates say there’s a racial inequity to the issue of parole. They say three of four men leaving prison in California are Black, Latino or Asian American. As the U.S. grapples with its history of racial subordination, suppressing the votes of former inmates who are minorities is especially troubling, they say.

The civic engagement of young people is part of the reason supporters are urging the passage of Proposition 18, which would allow 17-year-olds to vote in primaries and special elections provided they turn 18 by the November general elections. At least 18 states and Washington D.C. have adopted laws that let people younger than 18 vote in certain circumstances.

Advocates say any chance to get people in the habit of voting should be encouraged. Besides, they say, young people whose birthdays fall between the primary and the general election are at an unfair disadvantage.

“Without full exposure to the election process they are unable to submit their most educated vote in the general election,” said the California Association of Student Councils.

The Election Integrity Project California, the main opponent to Prop 18, says that 17-year-olds are still considered children under the law and have no business deciding elections.

“They are almost all still living at home and under the strong influence of their parents. This is not conducive to independent thought and voting without undue pressure from their immediate superiors,” the group said.

And since most 17-year-olds are still in high school, they’d also be under the influence of their instructors, many of whom would push the agendas of powerful teachers unions, opponents say.