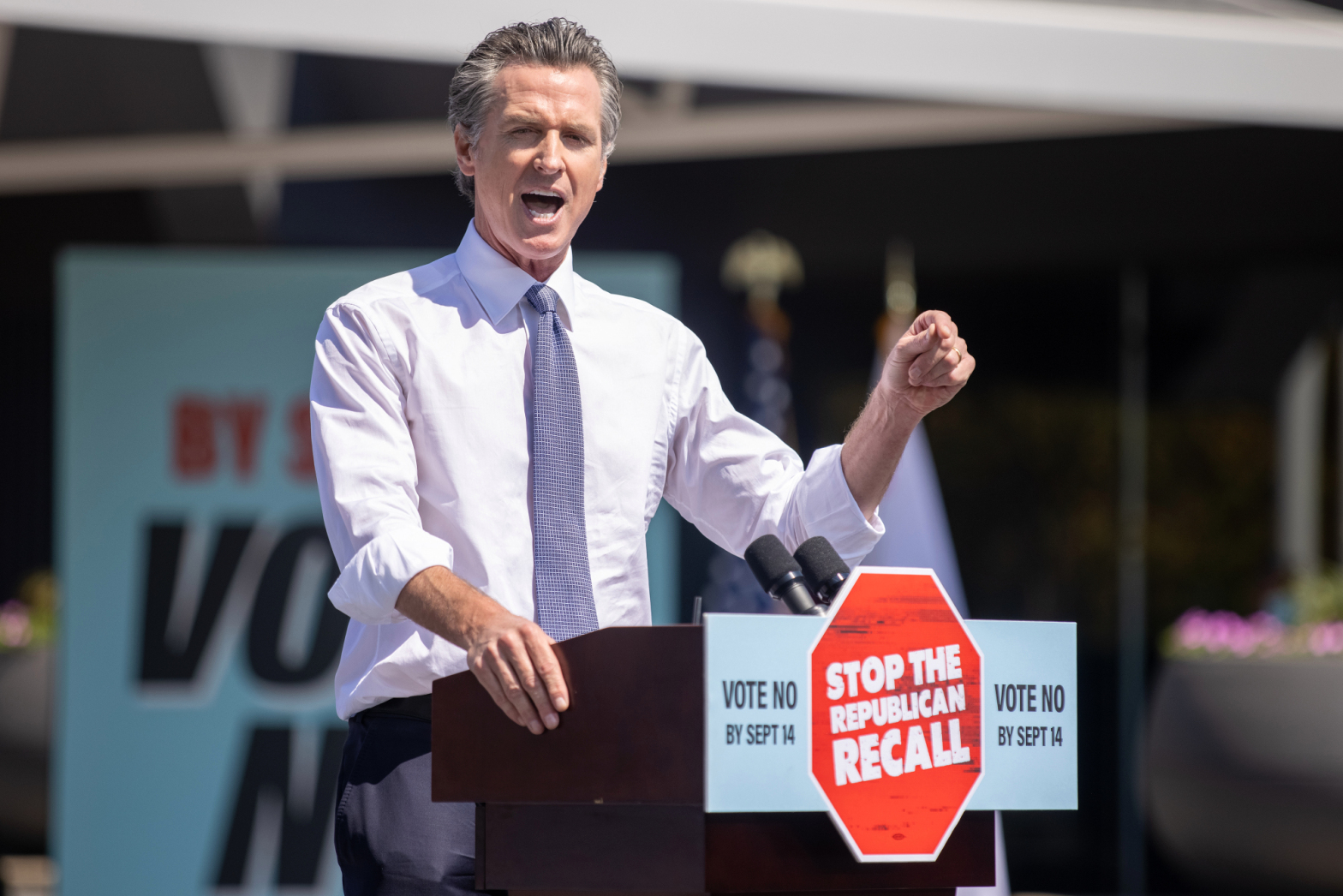 California is mired near the bottom of the 50 states in terms of recovery from mammoth lob losses that were unleashed by coronavirus-linked business shutdowns, underscoring the feeble economic rebound for this state.

Despite California’s uneven economic picture, Gov. Gavin Newsom touted the state’s accomplishments during an anti-recall campaign event in San Leandro on Wednesday. The governor suggested that officials in two Sunbelt envy California’s current success in economic gains and warding off the deadly bug.

Yet one key barometer, California’s track record for the recapture of jobs lost during the worst of the coronavirus outbreak, might produce some skepticism that California tops its chief rivals — or even the vast majority of the nation’s states.

Measured by the ability to regain the jobs that vanished during March 2020 and April 2020, the first two months of the lockdowns, California is ranked in the bottom 10 out of 50 states.

A top economic official with the governor’s office offered an assessment of California’s jobs performance.

“California continues to lead the nation’s economic recovery, adding 114,400 new jobs in July, more new jobs than any other state and the fourth time in the past six months that jobs have increased by six figures,” said Dee Dee Myers, director of the Governor’s Office of Business and Economic Development.

Through the end of July, California had recovered 58.3% of the 2.71 million jobs it lost during those two months last year. California has regained just 1.58 million of its vanished position, leaving a deficit of 1.13 million jobs.

Bottom line: California is ranked at No. 41 among the 50 states, according to this news organization’s analysis of official federal statistics. The drill-down into the reports measured the jobs lost in March and April of 2020 against the jobs that were gained from May 2020 through July 2021.

“The fact that California places 41st out of 50 states in this pandemic jobs recovery is certainly not a ringing endorsement of California’s competitiveness,” said Scott Anderson, chief economist with Bank of the West. “The state faces a number of long-term economic growth challenges that the pandemic has exposed or accelerated.”

But Stephen Levy, director of the Center for Continuing Study of the California Economy, argues California acted wisely in emphasizing health-conscious shutdowns to help curb the coronavirus.

The coronavirus has unleashed economic jolts that have bludgeoned the hotel, restaurant, travel and tourism sectors.

“By continuing to lead with the science and data, prioritizing vaccinations and supporting those workers and small businesses hit hardest by this pandemic, we have created the conditions for a robust economic recovery,” Myers said.

Anderson, however, cites two California weaknesses that have surfaced or intensified as a result of the coronavirus: a high cost of living and of doing business.

“The pandemic has households rethinking their lives and businesses rethinking their business models,” Anderson said. “Many people look at California and the Bay Area today and don’t like what they see, or they see greener pastures.”

Jeffrey Michael, director of the Stockton-based Center for Business and Policy Research at the University of the Pacific, finds the weak results in the Bay Area “very striking.”

New York and Illinois have joined California in the bottom 10. Michael believes the famed urban hubs in those states are an economic drag.

The formerly high-flying Bay Area has managed to out-perform a mere three of the nation’s states in regaining lost jobs.

Other than New York, all of California’s major state rivals are out-performing California in being able to recoup their lost jobs, based on figures in official federal reports from March 2020 through July 2021.

“California locked down the economy harder than many other states and was slower to reopen,” said Mark Vitner, a senior economist with Wells Fargo. “Moreover, lockdowns had too little flexibility, so many businesses that could safely reopen were not allowed to reopen.”

Utah, Idaho, Arizona, North Carolina, Georgia, Tennessee, Texas, Colorado, Florida and Nevada all lead California by a huge margin in the race to regain the jobs that were jettisoned at the outset of the business shutdowns in the spring of 2020, this news organization’s analysis shows.

These states are often touted as being able to successfully lure away jobs, companies, and corporate headquarters away from California.

“California’s inability to implement a system that allowed businesses to safely reopen in a timely matter has clearly impacted the state’s competitiveness and has become a major factor in companies relocating to Texas, Arizona, Tennessee, Florida, Georgia and the Carolinas,” Vitner said.

The United States has charged ahead of California and recovered nearly three-fourths — 74.5% — of the jobs lost nationwide.

Two states, Utah and Idaho, have actually now gained more jobs than they lost. Four states, Montana, Arizona, North Carolina and South Dakota, have recaptured at least 90% of the jobs they had lost and are closing in on a full recovery.

California’s hiring picture could brighten if workers eschew an ongoing collection of jobless benefits and instead seek employment, said Michael Bernick, a former director of the state Employment Development Department.

“We’ll get a better picture in the next few months about whether the slow return to work in California continues or hiring begins to pick up,” Bernick said.

“There is no western democracy on the planet that is growing faster over the last five years than the state of California,” Gov. Newsom said. “We are the tentpole of the American job recovery.”

Still, it’s unclear what is the nature of the California tentpole or how sturdy it is.