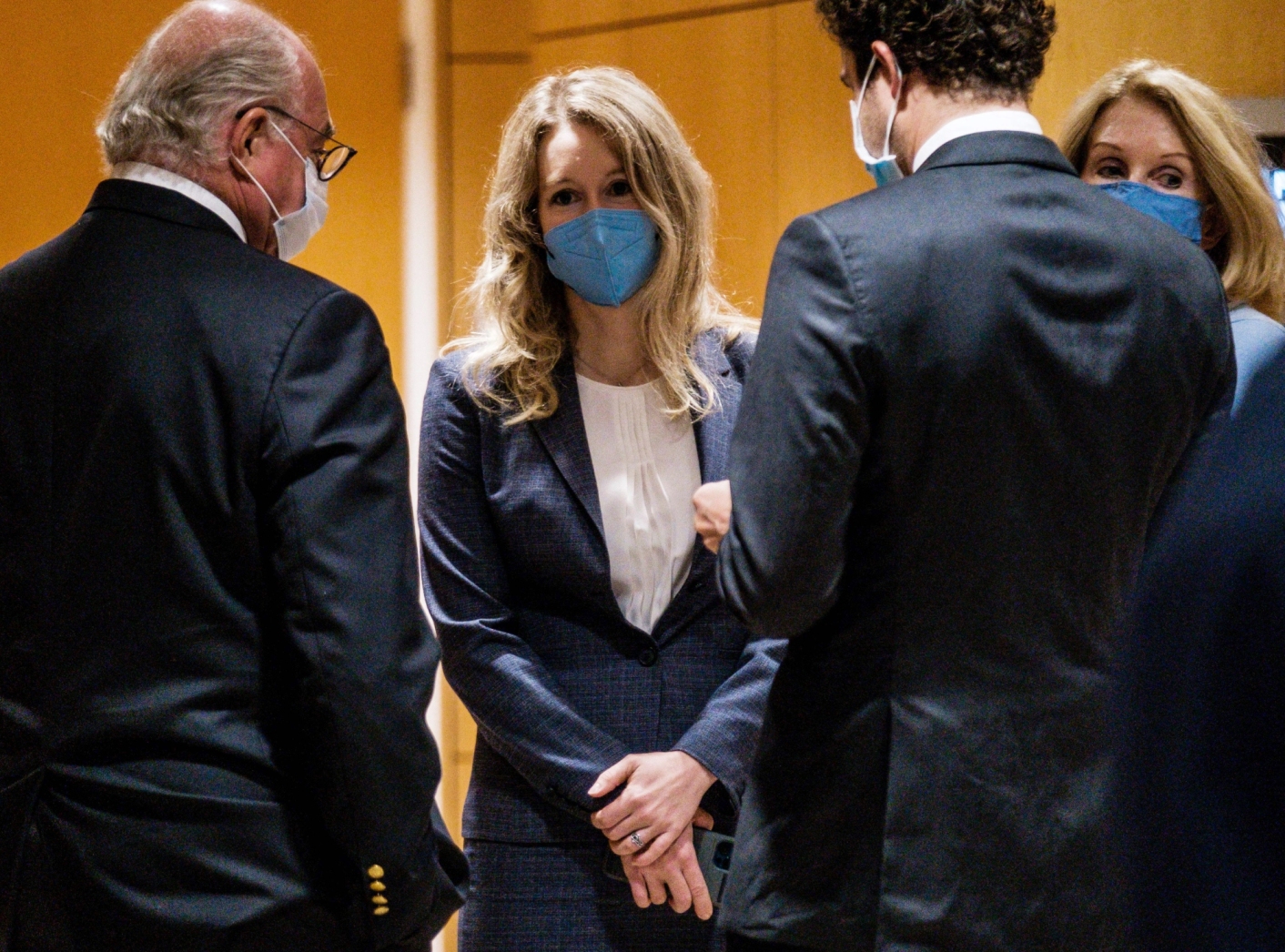 Claims made by Elizabeth Holmes’ failed startup Theranos to media mogul Rupert Murdoch and other investors about the accuracy of the firm’s blood tests were under dispute within the company, jurors heard Tuesday during Holmes’ criminal fraud trial.

Federal prosecutor John Bostic showed the jury an investment pitch Theranos sent to Murdoch. Theranos, in the presentation, said its machines could run “any test available in central laboratories” using “1/1,000” of the amount of blood traditionally used, and produce results with the “highest levels of accuracy and precision.” Central to the pitch was the assertion that blood was gathered via a finger-stick rather than a needle.

Former Theranos senior product manager Daniel Edlin testified Tuesday that claims about accuracy and blood-sample size had been contested within the company.

The issue came up when Theranos was preparing its website just before launching commercial testing in late 2013, Edlin testified. Internal emails showed a Theranos employee noting a lack of supporting data for the claim about using blood samples 1/1,000 the size of typical samples, and that Holmes herself said the term “unrivaled in accuracy” should not be used.

Murdoch, who according to the Wall Street Journal invested $100 million in Theranos, is on the list of possible witnesses for the prosecution.

Jurors on Tuesday were shown a 2015 email exchange, with Holmes telling Murdoch, “It was wonderful to have you today,” and Murdoch responding, “Thanks, Elizabeth. Enjoyed every minute of it. Any blood results? See you soon.”

Bostic earlier claimed to the court — outside of the jury’s presence — that in order to lure investors, Holmes exaggerated her company’s relationship with the U.S. military. “This was part of the overall scheme to mislead investors,” Bostic said. However, Bostic claimed, the military’s interest in Theranos was based on false claims approved by Holmes.

After the jury came in, Bostic showed materials Theranos sent in 2012 to the U.S. military’s Special Operations Command, promising “higher quality data than previously possible” and claiming that “each Theranos device can run every test currently available through the traditional centralized or hospital laboratory.” Holmes approved everything in the materials, Edlin testified.

Prosecutors allege that the company’s machines could never conduct more than a handful of tests and that Holmes was aware of the deception. The jury has seen a considerable amount of evidence indicating Theranos devices had accuracy problems, and that the company had in the run-up to commercial operations often been using blood drawn from patients’ veins rather than via a finger-stick.

The materials sent to the military also claimed that Theranos made all of its equipment, but Edlin testified that at the time, the company was also using other companies’ devices.

Prosecutor Robert Leach had told jurors at the trial’s opening that Holmes claimed to investors that Theranos’ technology was being used on U.S. military helicopters and “saving the lives of soldiers in the field.” Edlin testified that although the company had worked with the Pentagon to try to evaluate Theranos’ technology for possible battlefield use, he was not aware of it being used in war zones or military aircraft.

Jurors were shown an internal email from a Theranos scientist saying the machines the company was proposing for military use “would have shut down” in hot regions because they had no way to cool down.

Holmes, who founded Theranos in 2003 at age 19, is accused of bilking investors out of hundreds of millions of dollars and misleading patients and doctors with false claims that Theranos’ machines could conduct a full range of tests using only a few drops of blood from a finger-stick. She is charged with a dozen felony counts of fraud.

Under cross-examination by Holmes lawyer Kevin Downey, Edlin acknowledged that he was no expert in the technology used by Theranos, and had come to the company fresh out of college, where he majored in public policy.

Also on Tuesday, prosecutors and Holmes’ lawyers fought over whether an internal report from pharmaceutical giant Pfizer could be put before jurors. The court heard that Pfizer found Theranos’ sales pitch unconvincing and badly prepared. Prosecutor Leach argued that Holmes had made “sweeping claims to investors that Pfizer had validated Theranos’ technology,” despite a representative of the drug giant telling Holmes, in response to its pitch, that “Pfizer has no interest in going forward with the technology.”

Leach had claimed at the trial’s start that Holmes gave presentations to investors that falsely suggested top pharmaceutical companies endorsed Theranos’ technology, and that one purported laudatory report from Pfizer — bearing the pharmaceutical titan’s logo — didn’t even come from Pfizer.

Judge Edward Davila noted that Pfizer’s report on Theranos’ 2008 sales pitch concluded that the startup’s claims about its technology were poorly prepared and not believable.

Pfizer’s director of diagnostics — expected to take the witness stand later Tuesday or on Wednesday — had questioned Holmes about Theranos’ assertions, Leach said. “He puts questions to her, she doesn’t answer them,” Leach said. “She deflects.”

Holmes lawyer John Cline argued that jurors should not be allowed to see Pfizer’s report on Theranos because it was never sent to Holmes or Theranos, and that it could unfairly prejudice jurors against Holmes. Also, Cline said, the Pfizer director “had a much different conversation with (Holmes) than what’s represented in this report,” and the jury could be misled by the report.

Edlin, the former Theranos product manager, also testified Tuesday that Holmes met a doctor at a conference, who was invited to have his blood tested in a Theranos demonstration. However, five results from the doctor’s array of tests were unavailable because of contamination, Edlin told the jury.

A Theranos scientist found that human error was not the reason for the testing failure, Edlin said. Nonetheless, an internal email showed that Holmes directed that the doctor should be told the problem was “apparently due to a human error in sample handling.”

Holmes faces up to 20 years in prison if convicted.