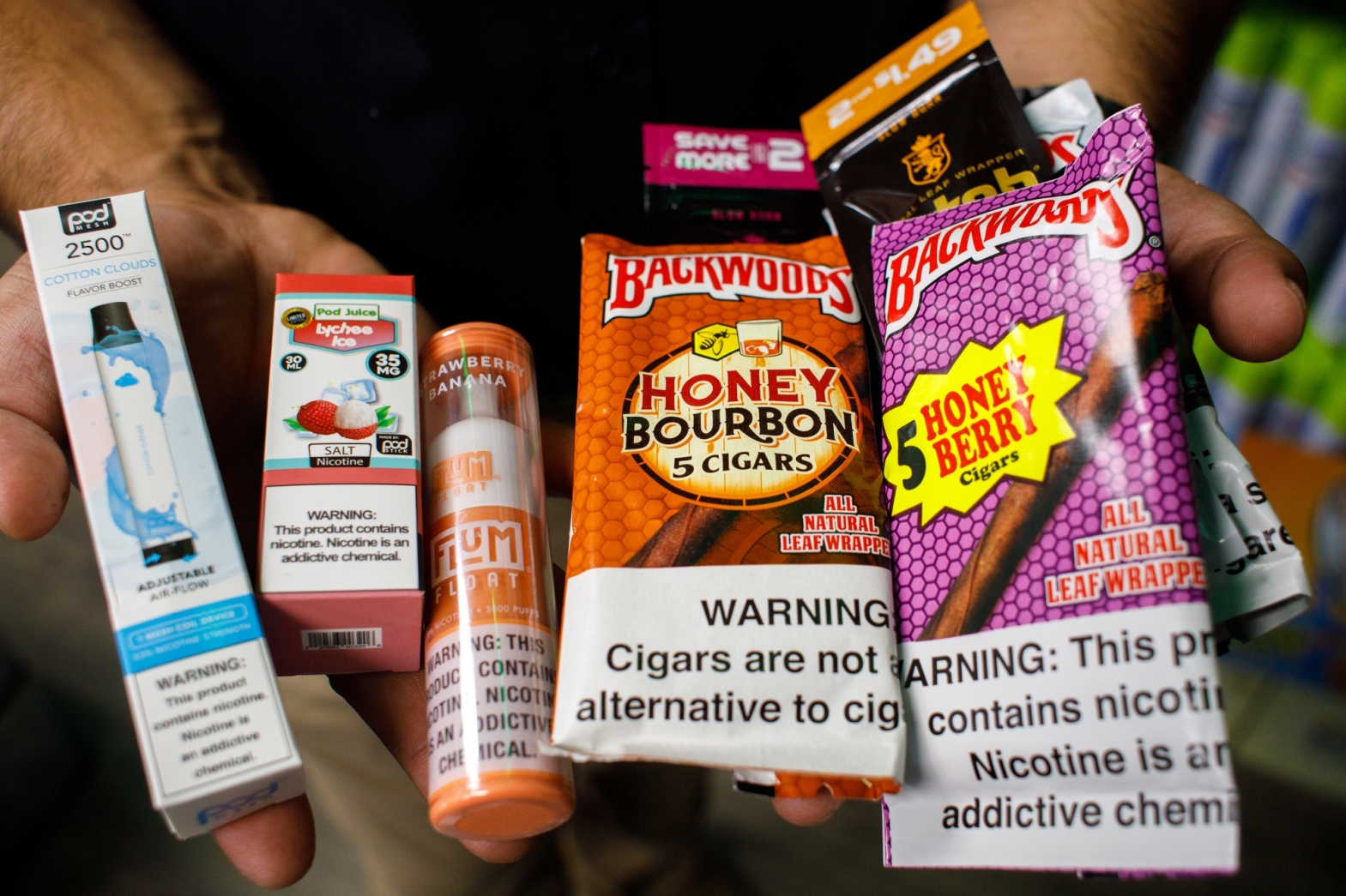 San Jose is poised to become the largest city in California to ban the sale of flavored tobacco products and prohibit all smoking inside apartments.

At a rally outside San Jose City Hall on Monday, Mayor Sam Liccardo, city councilmembers and community leaders agreed that it was “far past time” for the city to enact these laws and keep the enticing fruity, minty and candied flavors away from San Jose children. The full 11-member city council will vote Tuesday on the proposed measures.

“We know better,” Liccardo said at the rally. “And we just need to make sure that our young people are protected so that they have the ability as adults to make good health choices that they will not be regretting decades from now.”

A separate ordinance would outlaw smoking of all kinds — including cigarettes, cigars, e-cigarettes, vapes and cannabis products — inside the majority of multifamily housing complexes within the city. The regulation would apply to any housing with three or more units. Duplexes, condominiums and hotels and motels would be exempt. The proposed ordinance goes beyond current city regulations, which only prohibits smoking in publicly accessible and common areas of multifamily housing.

A survey of 1,442 San Jose residents conducted last October found that about 69% of those interviewed supported a ban on smoking inside apartments and townhouses, with most of them saying that they had been exposed to secondhand smoke drifting into their units within the last 30 days, according to the city’s code enforcement department.

Tuesday’s vote will culminate years of work by San Jose leaders to get these regulations on the books. The council was originally expected to vote on the flavored tobacco ban in June, but the council delayed the vote, in part, due to strong lobbying efforts from the tobacco industry.

“The tobacco industry has a stronghold on our kiddos — enticing them with flavors and leading them to a life of addiction,” Councilwoman Magdalena Carrasco, a champion of the proposed ban, said Monday. “Banana split, Kool-aid, Hawaiian punch, gummy bears — all of these e-cigarette flavors may taste like candy but it’s poison to our children.”

Carrasco added that she was particularly worried about the tobacco industry targeting Black and Latino residents of San Jose.

California Gov. Gavin Newsom signed a bill last year banning the sale of most flavored tobacco products statewide, but the tobacco industry promptly responded with a referendum campaign, which put the ban on hold until voters decide whether to enact it in 2022. If approved, the statewide ban would then supersede similar city ordinances, though cities could implement stricter laws.

More than 100 cities across California, including San Francisco, Oakland and about half of the cities within Santa Clara County, have already enacted their own bans.

According to a survey conducted last month on behalf of the organization San Jose Fights Flavors, 73% of San Jose residents also favor a city ban on flavored tobacco. The results were based on interviews with nearly 600 registered San Jose voters in late August.

Councilwoman Pam Foley said Monday that it was past time that San Jose join the other cities across California to “protect our youth and our future.”

“We have to make it as difficult as possible for the sellers and creators of these life-threatening products to place these devices that can be as small as a thumb drive in the hands of our children,” she said.

Despite the overwhelming support from city leaders, tobacco retailers are predictably not so keen on the proposed ban. Another recent survey conducted by the city found that more than 80% of retailers opposed it.

Haron Rhamti, the owner of Smoke Shop in East San Jose, is one of those opponents. The sale of flavored tobacco products makes up about 80% of his monthly earnings, he said, and he doesn’t believe his sales are leading children to get hooked on the products.

Rhamti checks the IDs of every person who walks into his store to ensure they’re over the age of 21, he said. If they’re not, he tells them to leave.

“I don’t want to lose my license for $1 or $2 profit,” he said, adding that he thinks those who are underage will just continue to buy the products online.

“The pandemic already affected us, and so to put out this flavor ban means we’ll probably have to close the business.”