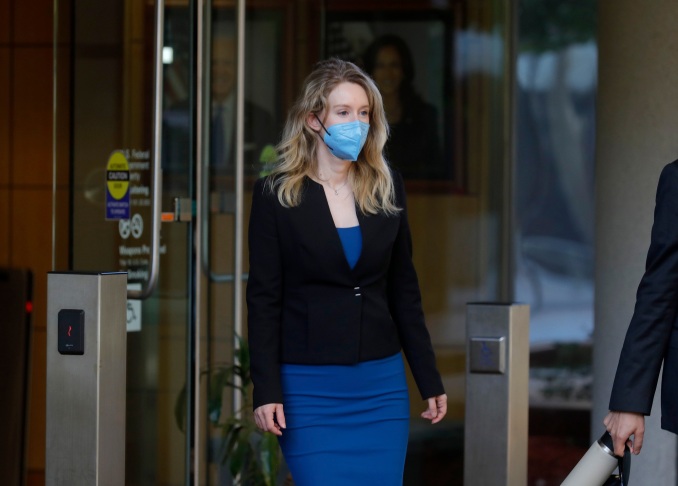 Rosendorff had for months been struggling in vain to get Theranos management, including CEO Holmes, to address problems with the test results and to implement a legally required process to check the accuracy of the firm’s lab equipment and practices, he testified.

“The number and severity of problems had reached a crescendo for me,” Rosendorff told the jury in U.S. District Court in San Jose. Complaints from doctors were frequent, and he felt pressured by managers to defend questionable results, he testified.

He quit in November 2014, after forwarding company emails to his personal account in case of a federal investigation and because he was thinking about filing a whistleblower lawsuit, he said. He talked to a lawyer, then to a Wall Street Journal reporter, he testified. The reporter, John Carreyrou, wrote a series of articles exposing alleged fraud at Theranos.

Holmes, a Stanford University dropout who founded Theranos in 2003 at age 19, is charged with allegedly bilking investors out of hundreds of millions of dollars, and defrauding doctors and patients with false claims that the company’s machines could conduct a full range of tests using just a few drops of blood. She and her co-accused, former company president Sunny Balwani, have denied the allegations.

Holmes’ brother Christian Holmes, hired at Theranos despite lacking a background in science or medicine, was making clinical decisions to approve re-drawing blood for tests that needed to be re-done, federal prosecutor John Bostic told the court. In a 2014 internal email shown to jurors, Christian Holmes wrote that “it seems a redraw is necessary given the distintegration of cells.”

Jurors had heard earlier in testimony from a former Theranos employee that the company paid employees for their blood to check testing performance. Bostic on Tuesday showed court an internal email chain regarding a Theranos technician who had been taking a blood-thinner for 14 years, and received two Theranos finger-stick tests that produced unusually low readings. The technician’s doctor responded by raising the dose of the blood-thinner. “I have not felt right since the one increased dose and also experienced … skin bruising on my legs and arms,” a message from the technician said.

Cross-examination of Rosendorff was set to start late Tuesday morning.