Could 49ers look to hold training camp outside state? 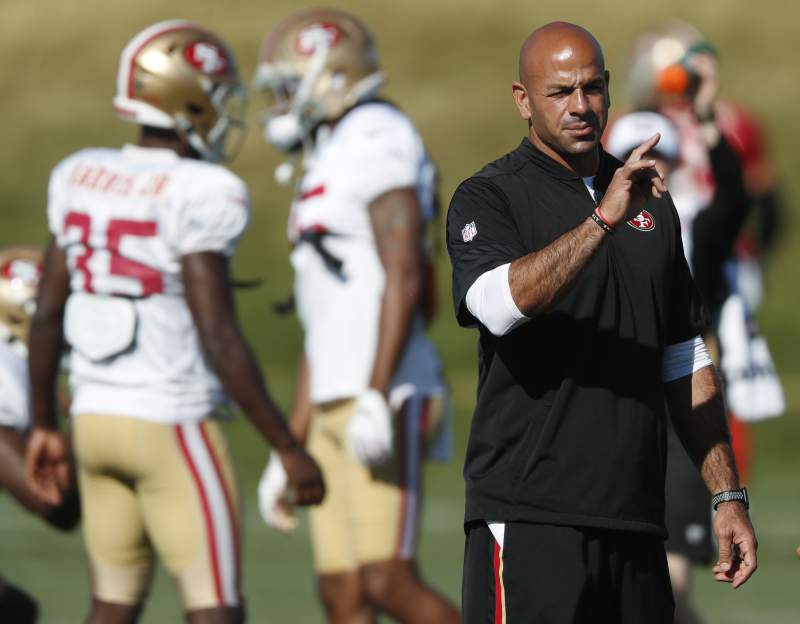 Bracing Californians for the historic impact of the coronavirus on the state’s budget, Gov. Gavin Newsom threatened billions of dollars in cuts from education to safety-net p

While states throughout the country differ on government-imposed restrictions surrounding the coronavirus pandemic, NFL teams are preparing to react accordingly in time for the upcoming season.

That means searching for alternative sites for training camp across state lines.

For the 49ers, that means looking far outside their Santa Clara facilities as California has been one of the most cautious, proactive and restrictive states in handling the crisis.

“We’re trying to prepare ourselves for just about anything,” 49ers general manager John Lynch told NBC Sports Bay Area recently. “I wish I could tell you, ‘Here’s how it’s going to go.’ No one knows that right now, and we’re all kind of eagerly awaiting information.”

It’s likely the 49ers are considering nearby states that are loosening their restrictions and allowing the public to reopen following roughly two months of shelter-in-place measures.

Arizona Gov. Doug Doucey said this week professional sports can resume in the state starting May 16, which may lead to the 49ers and other California-based teams going to the desert for their training camps if their home state won’t allow large gatherings. Training camps typically open near the end of July.

Nevada might also get consideration. The state loosened its restrictions last week allowing restaurants, hair salons and other retail businesses to reopen.

The stay-at-home ordinance in Arizona is set to expire Friday while California Gov. Gavin Newsom has indicated he doesn’t anticipate large gatherings being allowed in his state any time soon. An NFL training camp often has some 150 people on a practice field at once, including players, coaches, staffers and media.

Santa Clara County’s shelter-in-place order is slated through the end of May and there’s a chance it’s extended into the summer. It’s unknown if the 49ers have a cutoff date to make a determination on where they will have their training camp, which typically lasts two weeks before the regular season practice schedule is adopted halfway through the preseason.

The NFL, meanwhile, released it’s 256-game schedule for all teams last week and is optimistic games will be played when the season kicks off in September. There’s a belief within the league games will be played as testing for the coronavirus becomes more widely available. What’s unclear is if there will be fans in the stadium or if the season will have to be delayed.

“Imagine what the leagues do when one or two of their key personnel or players are tested positive,” Newsom said. “Do they quarantine the rest of the team? If an offensive lineman is practicing with a defensive lineman, and they tested positive, what happens to the rest of the line? What happens for the game coming up the next weekend? It’s inconceivable to me that that’s not a likely scenario, so it’s a very challenging question.”

Newsom earlier this week noted sporting events would fall under Phase 4 of his plan to lift COVID-19 restrictions. California is currently in Phase 2, which includes allowing restaurants and walk-in retail stores to reopen with social distancing included.

49ers players, meanwhile, would be forced to stray outside their normal training camp routine that includes staying at Marriott close to team headquarters.

But it wouldn’t be entirely new for many players. The club last season had two week-long stays outside of California to acclimate for consecutive games outside the Pacific time zone. The team in September practiced in Youngstown, Ohio, between games in Tampa Bay and Cincinnati. In December, it stayed in Brandenton, Florida, to practice between games in Baltimore and New Orleans. The 49ers won both their games after those stays.

“It would definitely be an adjustment, for sure,” defensive lineman Arik Armstead said. “But it’s impossible to prepare for because that’s a big if and no one really knows what’s going on. How I’m handling it is just taking it day by day, controlling what I can control and that’s trying to be, trying to have some normalcy in my preparation in getting ready for the season.”

1 thought on “Could 49ers look to hold training camp outside state?”